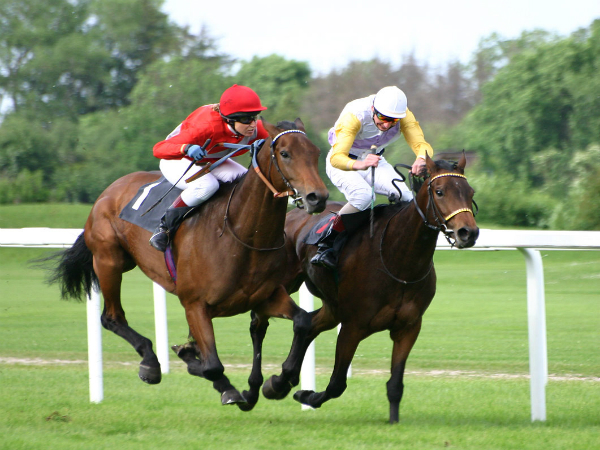 Saturday’s horse racing will be highlighted by a high-stakes meeting at Royal Randwick in Sydney, but there will be some quality racing in Victoria and South Australia as well.

Two Group Ones and four other stakes races in Sydney will draw the thrilling Sydney Autumn Carnival to a close. The carnival has been littered with star horses and heart-stopping races, and this is set to be maintained at Randwick this weekend.

The Group One All Aged Stakes is the clear highlight of the meeting in Sydney, with a strong group of classy horses ready to contest the $400,000 race over 1400m. Champion four-year-old stallion Dissident will run before he retires to stud and has a huge chance of winning his final race. Chautauqua is the $3.10 favourite and will be very hard to beat alongside fellow Victorian, Lucky Hussler. Local guns Terravista, Rebel Dane and Generalife have claims, whilst Shooting to Win and Wandjina are sure to run well.

The Champagne Stakes for the two-year-olds is the other Group One on the program and there is no shortage of competitiveness in the race. Pasadena Girl is a strong filly and is well bred to run out the distance. She was bred by Savabeel, one of the better staying stallions in Australasia. Her main dangers appear to be Odyssey Moon and Takedown who is aiming for his fourth win in a row.

The $150,000 Hall Mark Stakes is a fantastic race for the sprinters and several up-and-coming stars will run first-up. Big Money, Our Boy Malachi, Vashka and Craftiness all resume with live chances in the race and Our Boy Malachi is the current $2.60 favourite. He has won an astonishing 16 out of 18 races and his appeal is hard to ignore. Horses such as Fast ‘n’ Rocking and Target in Sight have a great chance with fitness well and truly on their side.

There is only one stakes race at Caulfield on Saturday but the immense prize money developed through the VOBIS Gold system has ensured a quality meeting. VOBIS Gold offers prize money bonuses for particular races throughout the year for horses nominated for the scheme as yearlings. This weekend they will offer significant extra stakes.

The $250,000 VOBIS Gold Reef will be contested over 1600m by some of the most in-form three-year-olds in the country. Fontein Ruby dominates the market and deserves to be the $2 favourite after a brilliant win at Moonee Valley three weeks ago. Jurasound might be a genuine challenger after winning his last three races, whilst Setinum will be flashing home at the end of the mile.

The VOBIS Gold Sprint will see the return of spring sensation Trust in a Gust who is aiming towards the upcoming Stradbroke Handicap in Brisbane. He is far better than any other horse in the race and should win it, although Tycoon Tara might get an easy lead and pinch a break at the turn. Trust in a Gust is the $2 favourite, with Tycoon Tara the only other runner with single figure odds at $4.60.

A great field of sprinters has been assembled for the Bel Esprit Stakes on Saturday. Star four-year-old mare Gregers is the current $5 favourite in an open market, as punters struggle to settle on any particular horse. It is Written may have the most value in the open race, after a slashing fourth in the Group One William Reid Stakes last start.

Four stakes races will be run at Morphettville in Adelaide this week as they build up to their upcoming carnival. Strong fields and some top-class horses have been attracted this week and racing fans will be keeping a keen eye on them in preparation for the carnival.

The Listed R N Irwin Stakes is the highlight of the day in Adelaide. Star Group One-winning mares Platelet and Magnifisio lead the market at $2.30 and $2.60 respectively. I would be surprised to see them beaten and I’m leaning towards Platelet, who has had a run this prep and was very impressive at Moonee Valley. She loves racing in Adelaide and Darren Weir is sure to have her ready to run well.

Saturday should be a fantastic day of racing, so be sure not to miss it and get set for the exciting conclusion and opening of the various carnivals throughout the country.