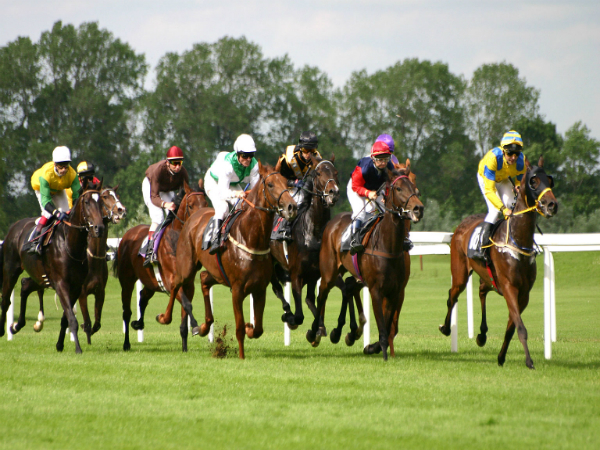 The Autumn Carnival rolls on this weekend with fantastic racing throughout the country. Two Group One races at Rosehill Gardens will display some of the best racing we have seen this season and Moonee Valley will host one of its biggest meetings on Friday evening.

The $1.5 million The BMW dominates the weekend of racing and has assembled a star-studded line up for this year’s edition of the race. There is a strong international presence, with horses from Japan, New Zealand, Ireland, Great Britain and Germany taking on the challenge over 2400m.

The favourite in The BMW, To The World, is a Japanese star and is sure to attract a lot of attention after fellow compatriot, Real Impact, won last weekend at Rosehill. Last start he finished second to champion mare Gentildonna in the Arima Kinen at Nakayama, arguably the best race in the world last year.

Godolphin horse, Hartnell, looks to be the immediate danger to To The World whilst Melbourne Cup winner, Protectionist, is sure to show improvement over a longer distance on Saturday.

The other Group One in Sydney on Saturday is the $400,000 Vinery Stud Stakes for the three-year-old fillies. Four horses have travelled up the Hume Highway from Melbourne to challenge for the prize, but they will have to compete with some of the country’s best on Saturday.

Set Square is the most prominent Victorian challenger after the 2014 Crown Oaks winner hit the line well at Flemington last start. First Seal is the $1.90 favourite to take out the event after an unlucky run last start saw her miss out on a win against the older mares. Back to her own age group and at level weights, she should prove hard to beat.

Six other stakes races will be run at Rosehill, highlighted by the Group Two Emancipation Stakes for the fillies and mares over 1500m. Brilliant mare, Catkins, headlines the field and she is bound to give you a run for your money with a typical honest performance.

Four-year-old Victorian mare, Madam Gangster, is the most intriguing galloper in the race. She has won her past four races and has earnt her shot at the big guns after some blistering performances in Melbourne.

Moonee Valley will this week host its third largest meeting on Friday evening for William Reid Stakes Night. The Group One feature, the $400,000 WIlliam Reid Stakes, has brought together a quality field of sprinters.

Angelic Light is the early $4.80 favourite in an open race which includes veteran Group One runners Rebel Dane, Famous Seamus and Bel Sprinter, as well as Valley specialist It Is Written. Young sprinters Vain Queen and Earthquake are also ready to run in what is arguably the most competitive race of the weekend.

The Group Two Sunline Stakes will support the feature race, and a strong field of mares have accepted for the race. Qatar Bloodstock’s Noble Protector is the clear $1.55 favourite for the race and she looks incredibly hard to beat after an impressive return win a fortnight ago at Flemington.

Mornington is set to host ten races on Saturday for its biggest meeting of the year, featuring the Listed Mornington Cup over 2400m. Several horses come through the Australian Cup form line, with Akzar and Extra Zero clearly the strongest runs in the race. Veteran Tasmanian Banca Mo will fly North, whilst South Australian visitor Gamblin’ Guru has been in fine form and will also travel to Victoria for the main race.

The Listed Hareeba Stakes is the other drawcard of the meeting. Under The Louvre is sure to run a slashing race after a fantastic run in the Oakleigh Plate. His main danger appears to be Mirage, an unbeaten and fascinating horse. Originally named Royal Haunt, he was purchased to race in Hong Kong after three wins in Victoria in 2013. Mirage has since raced just once in two years. Now back to his previous trainer, Peter Moody, he is having his first run in over a year.

This weekend is sure to be one to remember, with horses from throughout Australia and around the world ready to converge for a brilliant 24 hours of racing. Be sure to keep your eye on the track, because next week the prestigious carnival of The Championships is set to begin at Royal Randwick.

Conor Walsh is a first-year Media and Communications (Sports Journalism) student. He has completed a Diploma in Horse Breeding (Stud Management). You can follow him on Twitter: @ConorWalsh63.