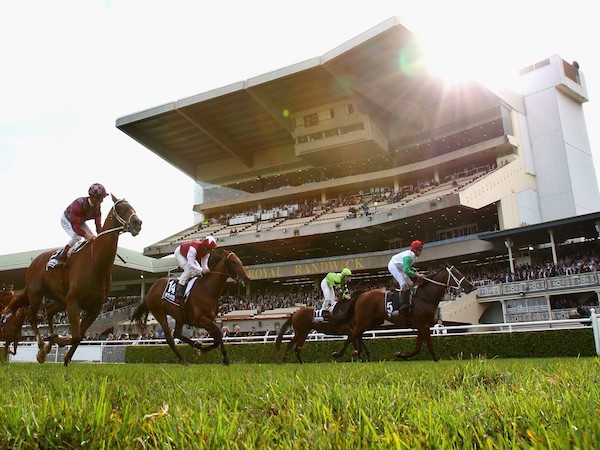 The Championships will draw to a close this weekend with a fantastic day of racing.

The day will conclude one of the best weeks of the year, after the first day of The Championships displayed some brilliant racing and the Inglis Easter Yearling Sales brought together the best young horses in the country. Another ten races, including four Group Ones, are set for the final day of the short carnival, and there is no shortage of quality.

The time-honoured Queen Elizabeth Stakes, worth $4 million, is sure to draw the most attention at Randwick. The richest weight-for-age race in the country has attracted a strong field of gallopers from around the globe. Contributer is the $3.60 favourite and looks very hard to beat after his three wins from three races this preparation. Japanese horses To The World and Tosen Stardom are his most challenging opponents, alongside Criterion. Adelaide will be aiming to win the race first-up having not run since his astonishing win in the 2014 Cox Plate.

Emphatic Melbourne Cup winner Protectionist will get the chance to show his best again on Saturday in the 3200m Sydney Cup. He will be racing against the odds, however, with Hartnell in the field. The Godolphin stable’s dynamic import from England has been great in Australia to date and is clearly the one to beat. He drops 5kg off his back after his last start win. Hartnell is the $2.30 favourite, with Melbourne Cup placegetter Who Shot Thebarman sitting second in the market at $4.60.

The Australian Oaks will be a fantastic race this year, with a very open market indicating plenty of chances. Thunder Lady arguably looks the hardest to beat. She came second in the Oaks in the Spring Carnival and has been building nicely for the increased distance of 2400m. The favourite, Winx, will be flashing home on Saturday. Victorian filly, Fenway, and New Zealand Oaks winner, Savaria, should also be highly respected.

Queen of the Turf Stakes

The fillies and mares will line up on Saturday for one of the biggest female races of the year, the $1 million Queen of the Turf Stakes. Star mare and fan-favourite Catkins will aim to finally achieve Group One success after six attempts and four placings. She is sure to look the winner at some point in the straight. The most interesting runner in the race is Noble Protector, owned by Qatar Bloodstock, who has been flying this preparation and has earned her chance at the big race. Three-year-old filly First Seal leads the market at $3.30, slightly ahead of Noble Protector and Catkins.

The highlight of the six non-Group One events would have to be the $500,000 Arrowfield 3YO Sprint. After claiming second place in a Group One last time at the track, Kuro should prove hard to beat and is rightfully current favourite. However, Group One class horses Earthquake, Mossfun, Scissor Kick and Rubick are beginning to get back to their best form and should be strong dangers to Kuro.

Racing elsewhere on Saturday is highlighted by a great meeting at Flemington. The Listed Galilee Series Final for the three-year-old stayers, with stakes of $150,000, holds the greatest prize money for the meeting; however, the highlights of the day come from two other races.

The Community Raceday Handicap has attracted some great horses to run down the famous Flemington straight on Saturday including the classy Ball of Muscle. The horse has come down from Sydney for the event and is clearly the best horse in the race. Couldn’t Agreemore, Henwood and Fab Fevola will be the main challengers to Ball of Muscle; however, he comes across as one of the hardest horses to beat this weekend. He is the current favourite, paying $2.30.

Brilliant stayer Signoff returns to Flemington on Saturday in the 1600m Ross Stevenson Trophy, alongside two-time Oaks placegetter, Zanbagh. These two runners clearly have the class edge on their opponents, but they may be looking for a little further in distance before they begin to really hit their straps. Grey gallopers Girl in Flight and Silverball are currently the two leading horses in the market and look hard to split, but the race certainly doesn’t end there with plenty of live chances.

Royal Randwick and Flemington will be under the spotlight on Saturday; however, strong meetings at Morphettville and Doomben will take place as preparation for the future carnivals in Adelaide and Brisbane begins.

There is never a dull moment in racing, so keep your eyes peeled and enjoy what is sure to be one of the greatest days of the year.