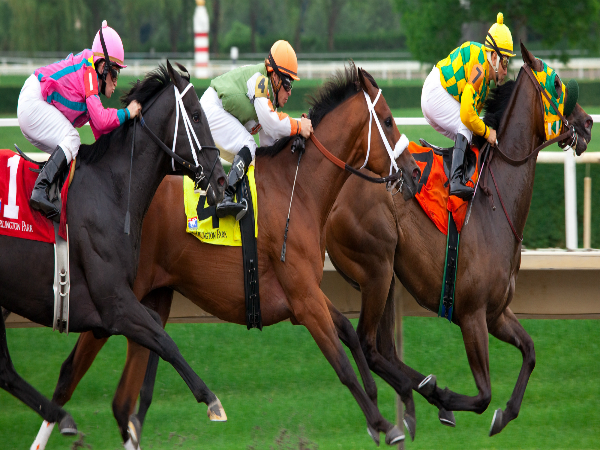 The Championships, a two-Saturday carnival established last year, is the pinnacle of racing in NSW and this year punters are in for a treat.

Royal Randwick will host the opening day on Saturday. The day has attracted the best horses from throughout the world and will feature four Group Ones and ten races, so finding just one highlight is a difficult task.

The $3 million Doncaster Mile is arguably the main draw card, with a full field of 20 horses and four emergencies. The Doncaster is renowned as the best mile race in Australia, and one of the best in the world, with this year’s instalment of the race maintaining this reputation.

Several of the main hopes drew difficult barriers on Tuesday morning, which is sure to level out the playing field in the famous handicap race. Three-year-old Hallowed Crown is the $5.50 favourite, with fellow three-year-old Kermadec close behind in betting. Kermadec, the second emergency, will need to rely on two scratchings if he is to get a run in the race.

The three best sprinters in the world are set for battle again in the $2.5 million T.J Smith Stakes. Lankan Rupee, Terravista and Chautauqua met three weeks ago at Flemington in the Newmarket Handicap, when Brazen Beau got the better of each of them. With him out of the picture this weekend, this is sure to be one of the most competitive races of the year.

Chautauqua is the $3 favourite after an encouraging run in the Newmarket where he was held up at a crucial stage and had to regain momentum before hitting the line strongly.

The $2 million Australian Derby is always a cracker. Victoria Derby winner, Preferment, is the current favourite in the market after an encouraging run last start in the Rosehill Guineas. He has been crying out to run over this longer distance and is sure to be hard to beat.

A strong case can be made for the winner of the Rosehill Guineas, Volkstok’n’barrell. He was nudged into second in the New Zealand Derby by Mongolian Khan, but turned the tables a fortnight ago to overcome his compatriot.

The fourth and final Group One of the day is the $1 million Sires Produce Stakes for the two-year-olds. The 1400m race has drawn a quality field of youngsters, with three horses coming straight out of the Golden Slipper. Others bypassed the Slipper in preference for this race.

One of these horses is Blue Diamond Stakes winner, Pride of Dubai, who has taken a short break since his win in the Group One and has trialled particularly well heading into this race. He is the $4 favourite to take out the event with Slipper second place-getter, English, second in the market at $4.60.

An honourable mention must go out to Joao Moreira, arguably the best jockey in the world, who has been on fire in recent weeks in Australia. Moreira saddles up on a full book of ten horses at Randwick, so keep an eye out for him threading through the field with ease.

Rain is forecast for the next two days in Sydney, so keeping an eye on the track condition will be very important.

Racing throughout the remainder of the country is highlighted by a competitive meeting at Caulfield on Saturday. With the final Group One races completed in Victoria until the Spring, the state will take a back seat for the next few months; however, this has not impacted the quality of the horses accepted to race on Saturday.

One of the best races of the meeting is the $150,000 Victoria Handicap, which sees the return of former West Australian star, Disposition. Disposition suffered an injury plagued preparation in the Summer, missing out on a chance at the Australian Guineas. He will be challenged by some fit and in-form horses including Jimando and Amorino. The 2012 Melbourne Cup winner, Green Moon, returns in the exciting race.

The $150,000 Easter Cup features fan-favourite The Cleaner, and also highlights the card. The bold, front-running style of the Tasmanian has captured the hearts of the racing public, and he looks to have found his right race on Saturday.

The intriguing weekend of racing is sure to live up to its high reputation, with new champions revealed and proven gallopers saluted.