Since the 1990s, raves have become a place of many possibilities. 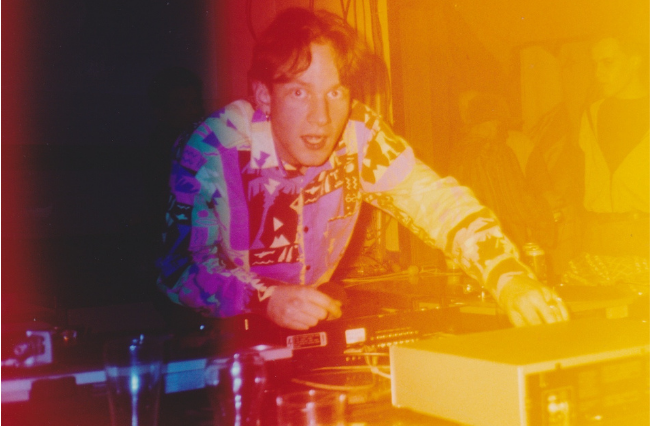 Out of plain sight, hidden in remote bushlands or underground clubs, exists a space where hundreds of young people come together to release their energy like confetti. Their minds and bodies fall in a trance to a thudding bassline, creating a sweaty but spellbinding rave that lasts until the early hours.

But is that all a rave is? A sticky dance party consisting of flashing lights, electronic music and frantic body movements? Maybe for some revellers, but for others, they share the understanding that there is something unworldly, more transcendent that can be reached at these events, which often goes unnoticed.

22-year-old student, Ella Whitehead, felt “a whole body and spiritual experience” when she first entered the rave scene, which has existed in Australia since the 1990s.

Spirituality is a broad term that refers to the belief in a higher power. It may occur in religious settings, or within environments that show signs of deep connection and togetherness between individuals. For some, raves can feel like a spiritual ritual, as these spaces give people an opportunity to catch a breath of life or feel something larger than themselves for a while.

Several modern-day festivals now incorporate spirituality as an overall theme, including Lexton’s Rainbow Serpent and Tocumwal’s Strawberry Fields. These are known as transformational raves. These sorts of raves last for three to five days, providing attendees with exercises and practises that incorporate art, yoga, breathwork and therapeutics.

For Whitehead, who comes from a smaller regional town, these transformational raves give her an escape from the daily stresses and arbitrations that clouds her.

“Rainbow [Serpent] for me is about connecting with myself through self-expression, freedom through dance movement and fashion. There is a significant vibe at Rainbow and it’s hard to miss. The energy that is shared creates a euphoric and spiritual experience,” she tells upstart.

Recently, anthropologists from around the world have been studying these gatherings, to determine if spirituality can be linked to rave subculture. Dr John Taylor, an anthropologist from La Trobe University who specialises in culture and healing, says the concept of liminality applies to raves.

Liminality refers to the moments in our lives that do not line up with reality, especially in social and cultural contexts, that transforms us. According to Dr Taylor, these moments make individuals feel better prepared to deal with the hierarchies, stresses and strains of the everyday world.

“In that liminal space [at raves], there is a lot of energy and a sense of possibility. People get a sense that they can transform and that they can come out [of] that experience feeling somehow lifted,” he tells upstart.

Dr Taylor says that the physical components that make up these events, including technology, music, lights, and drug usage, are ritualistic elements.

“Loud music, frenetic body movements often close together, drugs and disorienting lights, taking place in kind of fringe areas of the city and secretive places, gives that sense of liminality,” he says.

However, these contemporary raves are not the first wave of festivities to connect with a higher power. Youth were just as spiritual during the 1990s, with young people across Australia chasing Europe’s idea of partying in dirty warehouses, finding the newest beats.

Davide Carbone, an ARIA award-winning music producer, experienced this first-hand as an influential DJ of the Melbourne clubs and rave circuit during the late 90s. He recalls spirituality being manifested at raves for people to explore something bigger than themselves.

“We did a series of parties called spiritual healing. Just by judging from that title, we did believe that’s what we were on the path of,” he tells upstart. According to Carbone, the 90s youth had fewer options to experiment with religion and spirituality as the internet was not as accessible. Therefore, raves became the place for exploration, and they worked in different ways for people.

Spirituality was not the only concept that young people gravitated towards at this time. Raves also opened the doors to individualism, a key part of a young person’s journey to coming of age. Carbone remembers how this new culture gave young people a platform to feel whatever they wanted to feel. Being yourself was highly respected in raving circles, and there was no need to alter parts of yourself to be welcomed in.

“For me, it was just about self-discovery and being able to be yourself without anyone judging you, whether it was your parents or friends. It was just a different group of people, and it was very cathartic to be able to be at ease with yourself,” he says.

The rave scene also saw the rise of recreational drug use as some individuals tried to expand their minds. However, according to Carbone, drugs were not a rite of passage as they did not work for everyone.

“I think for a lot of people there was an instant break. You were down this path, then you took drugs and suddenly your perspective was entirely different. It was the chasms between the perspective of being on drugs and being self-aware too,” he says.

Drug usage is still associated with modern raves, however there is now greater security and safety surrounding it with health professionals working at festivals and pill testing sites becoming common.

Ella Whitehead acknowledges that some people take psychedelics at festivals to delve deeper into their surroundings, but for her friendship group, they rely on the music and lights to sense their youthful spirit.

“We have friends that are completely sober for weeklong festivals. [A] few friends that I go with, [we] have sober days where we just experience the music and focus on our wellbeing, and on other days we drink and dance,” she says.

“Everyone uses festivals differently, and people are more than likely to be very respectful and very inclusive of those choices.”