How one Australian club sent 7 million eyeglasses around the world. 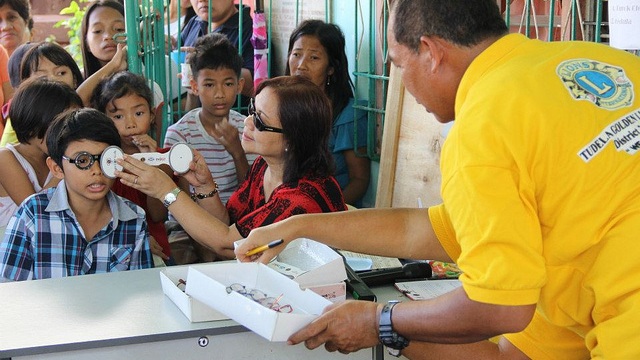 The World Health Organisation estimates that over 256 million people in the developing world are visually impaired. The majority of these people have little or no access to eye care or prescription glasses.

Lions Clubs around Australia are determined to fix this problem by providing eye care and corrective glasses to millions. Their Recycle for Sight program is successfully changing the lives of people in developing countries.

The Australian program has operated for 26 years, delivering more than 7 million pairs of glasses to men and women in Asia, Africa and Europe. 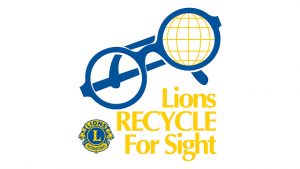 The Recycle for Sight program now collects almost 600,000 pairs of recycled glasses each year, providing people from around the world with essential eye care.

Optometrist Dr Kerry Matthews believes the program is a great initiative in providing necessary eye care to those who would otherwise go without.

“It’s giving people a chance to function in their day-to-day lives in developing countries, in ways they otherwise wouldn’t be able to,” Dr Matthews tells upstart.

“What they are doing is very important because it’s helping to avoid easily preventable blindness and also picking up on any undetected vision conditions which may be affecting one’s eyes, young or old.”

“The program essentially gives people a second lease on life because they’re able to function day-to-day and contribute to society to make a living for themselves and feed their families.”

“If you don’t have prescription glasses then you can suffer from visual strain, which can cause headaches and will affect your everyday work and slow you down.”

The program, which delivers $100 million humanitarian aid annually, relies on the public donating unwanted prescription glasses to Lions Clubs around the country.

With 58 per cent of Australians wearing prescription glasses and replacing them on average every two and a half years, millions of pairs of unused glasses are being used to change lives.

Diamond Valley Lions Club Secretary Richard Keeling has been responsible for organising the opening of several of the Club’s 24 donation bins.

“We predominantly collect glasses from places like Specsavers and OPSM, and we’ve got an op shop that collects them and the libraries collect them as well,” Keeling tells upstart.

“We don’t ask you to take the glasses out of the cases. As far as we’re concerned, if you’ve got a spare pair of glasses just sling it in the box in the shop and we will come and collect them.”

Once the glasses have been collected, Lions Club members package them and send them to Queensland where they are cleaned, graded and labelled, before reaching their new owners overseas.

“The cases get thrown out and the glasses themselves get wrapped in plastic bags so they don’t get scratched and we post them up to a place in Brisbane,” Keeling tells upstart.

“We sell cakes over the Christmas period and we reuse the cartons that the cakes come in to send the glasses away, so they get recycled.”

“Australia Post actually support the project so there’s a reply paid to the Brisbane address where the mail is free.”

“After the glasses have been graded, they will then go to places like Vietnam or Thailand, predominantly Asia because it’s close to us.”

“Then somebody there will run a clinic and do an eye test on people and basically the eye test will say this is the sort of glasses you need and they’ll then go to Box A or Box B where they’ve been graded through the Brisbane place and supply the person with glasses.” 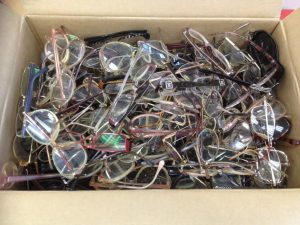 Of the 600,000 pairs of used glasses, sunglasses, new frames and used lenses received by Recycle for Sight Australia each year, 450,000 pairs are dispatched to developing countries and find a home with someone who needs them.

The initiative also incorporates the collection of hearing aids, following a similar process.

“The hearing aids go to Brisbane as well and they service the ones that they keep and they then go on in a similar process,” Keeling tells upstart.

“The broken ones they don’t throw out. They’ve actually got a workshop in Vietnam that fixes them.”

“It’s a terrific program and the great thing about it from our point of view is that there aren’t any funds involved.”

Specsavers Greensborough Retail Partner Ryan Lacey welcomed a Recycle for Sight donation bin into his store four years ago and believes the program is a great way to give back to the broader community.

“The Lions Club do such great work for those in need all over the world, so we’re just happy to be able to support their work in this small way,” Lacey tells upstart.

“These people on the receiving end have had a hard time with limited access to eye health care, so to be able to help them get their hands on a pair of glasses that will give them a whole new outlook on life is a great thing.”

“We as a team here at Specsavers Greensborough are always encouraging our customers to keep donating any unwanted glasses so they can continue to help the Recycle for Sight initiative.”