Rehgan De Mather's current exhibition, Edit, explores his love of chaos and order and his life as an artist, writes Molly Hancock. 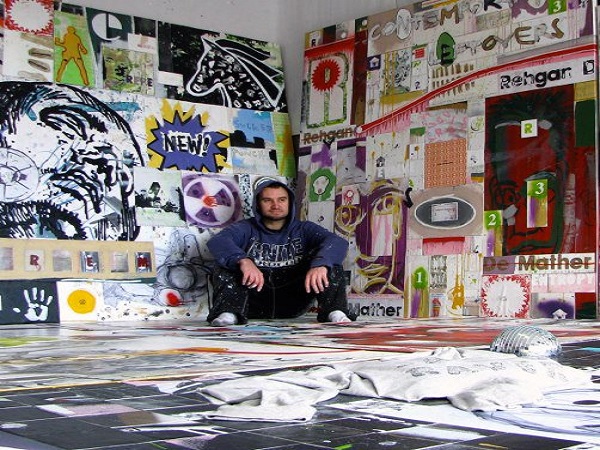 Influenced by music, art and travel, Rehgan De Mather has been interested in visual art as long as he can remember.

“I did always see myself as an artist, it was all I wanted to do, so that pretty much dictated everything I did from that point on,” De Mather tells upstart.

With numerous solo and group exhibitions under his belt, De Mather has an exhibition running at the Darebin Arts and Entertainment Centre which showcases work he previously did from a residency in 2011 and 2012. 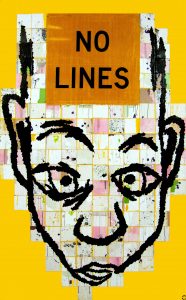 “I was fortunate to win the Sandra Bardas Studio Grant which gave me a year at Appleton Street Studios … it was a pretty productive period, I basically spent a year and a half painting full time and produced over 150 pieces,” De Mather says.

Not really expecting to do the Edit exhibition due to building a new family home and not producing any new work at the moment, De Mather saw this as an opportunity to display his previous work from that residency.

“I got invited to present some work so I thought I would put together a selection of work from that residency.” 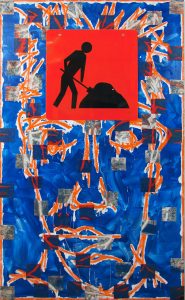 Describing himself as somebody with an obsessive compulsive behaviour and a lover of chaos, De Mather tries to capture both themes in his art.

“It’s a bit of a balancing act … you can’t have one without the other and it kind of gave me something to work with. I guess the trick for me is trying to find the right amount of chaos and that is where the order comes in,” De Mather says.

Loosely describing his work as contemporary leftovers, his Edit exhibition tries to capture the marks people leave behind rather than those they try to make.

“So for me it’s as much of a creative process as it is a building process and then with that comes the editing and thats where the title of the exhibition comes from. So I guess it’s about editing things down to make sure they’re as eloquent as they can possibly be,” De Mather says.

De Mather says that it is important for him to connect with the art he is making. 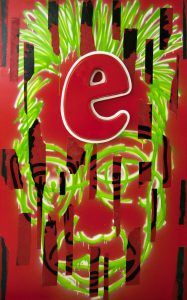 “For me its always been about the desire to create and to construct and connect, so I think quiet often for me, it’s as much about trying not only trying to connect with the work myself,  but connect with others through the work,” he says.

“I think I have more expectations of myself, because I am quite self-critical and I’m always trying to do something unique and different and push the boundaries. I’m not happy being one of those artists who do the same thing.”

De Mather’s plans for the future are pretty certain, primarily to finish his house where his own custom built studio will be. 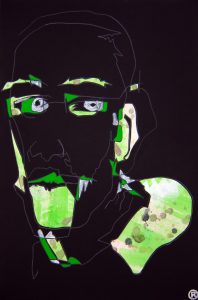 “First things first, is to get the studio built and get back into it and then I have a couple of ideas and exhibitions I want to get back working,” he says.

“I would also like to take up some residencies overseas now … it would be nice to immerse myself in a different culture and place and see what I can create by doing that.”

De Mather’s Edit Exhibition is currently on display at the Darebin Arts and Entertainment Centre until the 27th of September.