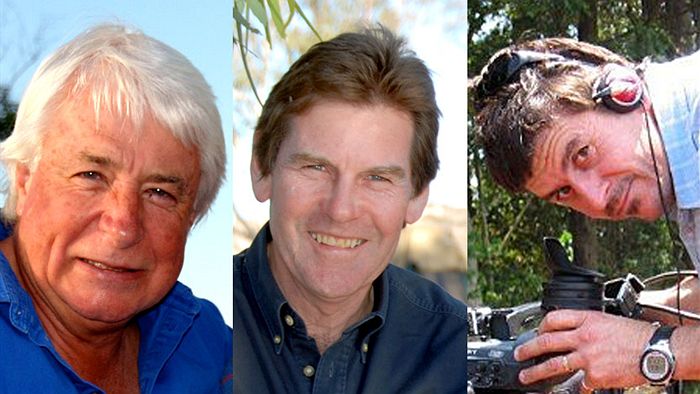 It’s a legacy that only the best journalists are able to leave.

On an ABC tribute page to three of the organisation’s, and Australia’s, finest journalists, one man from Grantham in Queensland’s Lockyer Valley wrote:

One of few reporters who could balance his professionalism of the job and the compassion of the heart. A true gentleman. Since that first meeting in January to now, Paul would ring from time to time just to see how I’m going and how the community is recovering. When he was able to come back to Grantham he would make a huge effort to try and see as many residents as he could that he knew from the disaster. We all felt that we were more than a story to Paul. 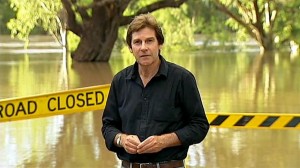 This tribute was of course to Paul Lockyer, an ABC television journalist who tragically lost his life on August 18th of last year in a helicopter crash in Lake Eyre, South Australia, which also claimed the life of pilot Gary Ticehurst and cameraman John Bean.

It was a dark day for the ABC, and for Australian journalism.  Today, we mourn the first anniversary of their deaths.

I grew up watching Paul Lockyer’s news reports on television.  It was though by coincidence, rather than an early passion, that I studied journalism and went on to work in the industry.  But once I did, Paul was one of the journalists I watched with admiration.

I once had the honour to meet and tell him of this admiration.  He was – as most who were close to Paul would suspect – modest, in every sense of the word.

I remember thinking at the time that he seemed edgy, almost nervous, speaking to me; a young journalist, who looked up to him for a long time.  And yet in most situations the exact opposite would be the case.

Sharing this anecdote with a friend from the ABC, who knew Paul well, she said to me: ‘I’m not surprised at all. He was the perfect gentleman.’

His love of the land we live on, ability to tell extraordinary stories and the relationships he built with the people whose stories he told are skills every journalist would aspire to have.  I know I do.

Paul’s extraordinary reports from the 2010-11 Queensland floods – such as this story from Toowoomba – are ones I use in class to demonstrate quality journalism to my students.

Last year, one of the ABC’s veteran journalists, Barrie Cassidy, who is a close friend and colleague of Paul’s, came to La Trobe University to speak to students.  When I asked him about Paul’s legacy, he replied: ‘You know you’re an excellent journalist if you can do a story in a small town and go back the next day.  That’s what Paul could do.  That’s what you all should aspire to do.’

Similar tributes can no doubt be made about cameraman John Bean, described not only as a great cameraman but an incredible writer, and pilot Gary Ticehirst, whose skills would ‘bring stories to life‘.

The tributes for these three men in the aftermath of the crash spoke of a common theme – one of humanity.

That their humanity shone through in their work.

It’s that which made these media practitioners different to not only the rest of us in the industry, but to society at large.

They were the ‘best of the best’, as ABC managing director Mark Scott put it in an e-mail to staff on the day of the crash.

And they leave a proud legacy.  One that we can only hope to fulfill.