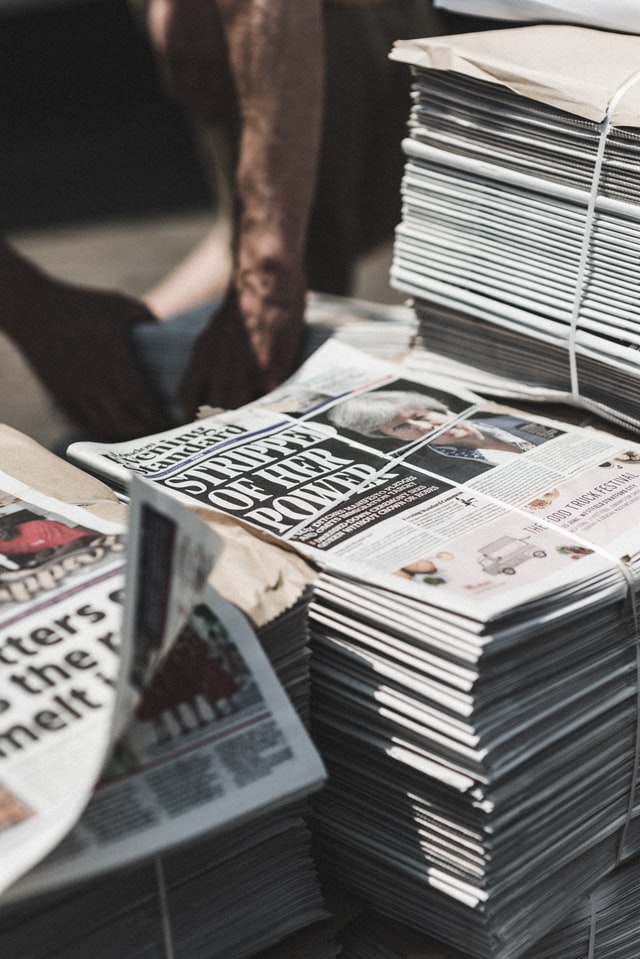 Click on the following topics to jump to the relevant page section:

-The upstart Code of Conduct

-Responsible reporting of autism and people with autism

All student journalists have responsibilities to provide accurate, fair and culturally sensitive journalism. This can often involve seeking a balance between ethical reporting and protecting public interest. The following sections will provide you with vital information to ensure you are acting responsibly and ethically in your role as a student journalist.

La Trobe University Bachelor of  Media and Communication students working for upstart must behave in a professional manner, as outlined in the upstart Code of Conduct.

The Upstart Code of Conduct

When approaching anyone for interviews or information, always identify yourself as a journalist and name the organisation you are working for. Covert journalism is only acceptable in specific circumstances and with the written permission of the editors.

La Trobe University Media and Communication students working for upstart must use the following guidelines on ethics and responsible reporting, particularly in relation to stories reporting on issues such as mental health, suicide and children etc.

The MEAA journalism Code of Ethics

Upstart adheres to the Journalist Code of Conduct, as written by the Media, Entertainment and Arts Alliance (MEAA). The Code of Ethics is based on the following fundamental principles:

The PRIA code of ethics for public relations professionals

All members of the Public Relations Institute of Australia are expected to adhere to the PRIA code of ethics. The code outlines standard for public relations professionals in the following areas:

Read the PRIA code of ethics

Read the guidelines on how to responsibly report and depict suicide in the media, see Mindframe’s ‘Reporting suicide and mental illness: A Mindframe resource for professionals’.

Students working for upstart are expected to adhere to the Australian Press Council’s standard for reporting on suicide in Australia.

These include specific guidelines on the following areas:

Read the Australian Press Council’s suicide reporting standard before reporting on any topic related to suicide.

Reporting on family and domestic violence

Due to an increase in reports about family and domestic violence, several guidelines and advisories have been created to ensure journalists report professionally and sensitively on these subjects. This might include consideration of the following:

Before writing any article about these subjects, please consult with The Australian Press Council’s Advisory Guidelines of Family and Domestic Violence Reporting. Additionally, consult with Our Watch’s guidelines on reporting violence against women/

Many Australian government agencies and media bodies have developed protocols for reporting on and depicting Aboriginal Australians and Torres Strait Islanders. These protocols have been created in consultation with Aboriginal and Torres Strait islander groups to acknowledge and honour their unique culture and traditions, and to ensure journalists report on them respectfully.

There are important protocols relating to depicting images, broadcasting recorded voices, or using the names of deceased Aboriginal Australians or Torres Strait Islanders in print or broadcast journalism.

In many First Nations Australian cultures reproducing the names of, or distribution of images of the deceased is restricted during mourning periods. Instead, there may be certain (and it varies among cultures) protocols for representing the deceased.

To understand more about these protocols, please use the SBS Guide for reference.

The following are the appropriate terms for referring to Aboriginal and Torres Strait Islander people:

Where possible, use a specific community or tribal group, instead of a general term. (However, it is important to be aware that some members of the indigenous community may not know their language or cultural group.)

e.g. She is a thirty-five-year-old Wurrundjeri woman.

When you do not know the specific cultural group, or are speaking about the entire Indigenous community the following terms are applicable.

Aboriginal v Aborigine: ‘Aboriginal’ is the adjective and ‘Aboriginal person’ or ‘Aboriginal people’ are the preferred nouns. Avoid the terms ‘Black’ and “aborigine”. Both can be considered offensive.

Use the following when referring to both peoples or cultures:

Indigenous: This is a term that covers both Aboriginal and Torres Strait Islander communities. However, some prefer not to use the term “Indigenous”. If you do, please capitalise it. “First Nations Australians” is another culturally-sensitive reference you can use and is preferred by many.

e.g. “Many Indigenous communities from across Australia participated in the event.”

First Nations: this is a term that can be used to collectively describe both Aboriginal and Torres Strait Islanders.

e.g. She is a First Nations person from Central Australia.

Koori: This is a term that Aboriginal people from Victoria and New South Wales often refer to themselves by. It cannot be used to refer to Indigenous Australians in general.

e.g. “Uncle Stewart was a respected Elder of the Wemba Wemba people, and held many positions in the Koori community, according to the Koori Heritage Trust, where the library is named after him.”

Terminology relating tp gender, gender diversity and identity has evolved in recent years, and it is important you are reporting both accurately and respectfully.

The GLAAD Media Reference Guide contains a thorough list of definition of terms relating to gender identity such as transgender, transsexual, intersex, as well as terms relating to sexual orientation such as queer, bisexual and lesbian.

Note: Please do not report on a person’s sexual orientation or gender identity unless directly relevant to the story.

According to Amaze, a Victorian body that provides support and resources for autistic people and their supporters, “Media stories can challenge public misconceptions and myths about autism, give autistic people a platform to share their stories and experiences in a positive way, help the general community to understand autism better, and foster greater acceptance of autistic people…or they can do the opposite – reinforce myths and inaccurate stereotypes, and perpetuate negative attitudes.

Please use the following guide to ensure you are sensitively and responsibly reporting on topics related to autism and autistic people. It also contains a useful vocabulary list and offers some common media misconceptions.

Photo: by Thomas Charters and available HERE and used under a creative commons attribution. The image was not modified.