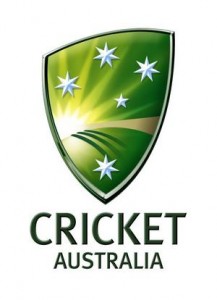 Australia and South Africa hit each other all around the Gabba in the first of three tests earlier this week and in the end the draw was probably the right result. Both countries had their fair share of stars, but there were also a couple of duds who failed to live up to speculation.

Ed Cowan – The opener produced a career saving innings and played to his strengths. He showed amazing discipline in the face of the world’s best pace attack, but he needs to learn how to back up at the non-strikers end though. (Rating – 8.5/10)

David Warner – The left-hand dynamite did little when he had the chance and eventually came undone by a Dale Steyn jaffa. The question remains, how long will the credits he earned in the previous summer last before his spot is under question? (4/10)

Rob Quiney – The late-bloomer was desperately unlucky to middle his hook shot straight down fine leg’s throat after a dynamic start. He may get one more game before Watson comes back, but I will never work out why he got three spells of bowling. (5/10)

Ricky Ponting – The former skipper fell into the trap every fast bowler sets to him, nicking to the slip cordon yet again. He will be backed to improve, but it will only take a couple of more failures before the doubters find their voice. (2/10)

Michael Clarke – Captain courageous may as well be batting with a sightscreen the way he’s going. He had his share of luck during his stay at the crease, but it takes a star to make use of them. He also has to be complemented for his attacking style of captaincy. (9/10)

Michael Hussey – The veteran consolidated Cowan’s hard work and his rapid-fire partnership with Clarke was undoubtedly the highlight of the match. He scored his 17th hundred and proved himself as the perfect man for the number six slot. His over drives were a sight for sore eyes (8/10)

Matthew Wade – Like Warner, the wicketkeeper didn’t have much to do. He shared a short-lived partnership with Clarke to set up the declaration and was neat behind the stumps. Australia is doing well if he doesn’t have to bat until the 130th over. (6/10)

Peter Siddle – The speedster was down on pace, but came through with wickets at the right time. It could have been a different story had he not been pulled up for no-balling his wicket-taking delivery to Kallis. Nonetheless, he still has credits in the bank (6/10)

James Pattinson – The young-gun was also down on pace, but picked away at the middle order. His second-innings spell proved that the Aussies would be best served by pitching the ball up rather than aimlessly bouncing the SA top order (6.5/10)

Ben Hilfenhaus – The reliable quick was probably the worst performed of the three quicks. He seemed unthreatening without a swinging ball on a pitch that looked bowler friendly. His performance now means he may be the paceman most likely to be dropped for Mitchell Starc (5.5/10)

Nathan Lyon – The spinner was – as per usual – the targeted bowler. He bowled better than his figures suggested and definitely showed something more in the second innings after being smashed around in his first two overs. He will be saved for the next test in Adelaide. (4/10)

Batting unit – Australia’s vulnerable top order was semi-exposed, but was saved by captain Clarke yet again. Cowan’s rearguard was inspirational, showing discipline and courage in the face of the world’s best pace attack. Clarke’s partnership with Hussey was exhilarating, but it should be understood that such showings are few and far between. The top order desperately needs a familiar face in the top three. Enter Shane Watson ASAP.

Bowling unit – A tale of two innings. The effort on day one was a disappointment on so many levels. The quicks wasted the new ball as they threw down a barrage of short balls on a green wicket, playing to the strengths of South Africa’s openers. It was then followed up by juggling part timers, while Nathan Lyon was picked off at ease. However, the second innings effort showed glimpses of the mongrel that was existent in the bowling attack last year. Let’s see more of that please.

Graeme Smith – The visiting skipper became undone by Pattinson on both occasions, where he to capitalise on good starts. He’d be hoping for another plethora of short balls considering he was undone by full deliveries both times. (5/10)

Alviro Petersen – The opener should still be rotten with himself for throwing away his wicket on day one. But like Cowan, he should be commended for his discipline and playing to his strengths. (6.5/10)

Hashim Amla – The classy batsman sasually peeled off yet another hundred to continue his outstanding form. A little bit of luck went his way, but it really is a joy watching him bat. He will prove a pain to dismiss all summer if he continues like this. (8/10)

AB de Villiers – The utility did well as the fill-in wicket keeper. He ensured there were no byes and two decent contributions with the willow accounts for a decent outing. While it’s stated that his new role has compromised his batting, his form in Brisbane would suggest otherwise. He is a great option batting at five. (7/10)

Jacques Rudolph – The late drop came into bat during two tricky periods. He wasn’t really a great option when the side was looking to force the pace and then was undone by his own negativity in the second innings. He will be retained nonetheless for the next test. (4.5/10)

JP Duminy – Went down before he even took the field and will now sit out the rest of the series. A big disappointment for him and the side. (-2/10)

Vernon Philander – The tall quick probably had the first bad day he’s had in his whole career. On what proved to be a pitch that favoured only the new ball, he was played with respect, but like Hilfenhaus he proved unthreatening. Welcome to Australia, Vernon. (5/10)

Dale Steyn – The world’s number one bowler removed Warner with an absolute peach … and it ended there. He produced the odd ripsnorter here and there with the occasional sharp over, but he did little to faze the three centurions. He will not be looking forward to the flat tracks of Adelaide. (5/10)

Rory Kleinveldt – The debutant will be nervous for the selection meeting in the lead up to Adelaide. He started horribly and plateaued from there. It was a debut to forget, which included 12 no balls and 21 overs that yielded nothing but sore feet. The only South African that would be pleased with his performance would be Imran Tahir. (2/10)

Morne Morkel – The reliable speedster was comfortably the pick of the bowlers from both sides. He was desperately unlucky not to have Cowan out late on the third day and then had Clarke and Hussey in strife at one pint or another. It will only take one good session and some luck before he potentially tears through Australia’s batting order. (7/10)

Batting unit – One word, unlucky. If it weren’t for the rain, none of the middle order would have been made to force the pace unnecessarily. Petersen threw away a solid start, before Amla and Kallis made light work of a sluggish Australian attack. With options galore back in the squad, either Faf Du Plessis or Thami Tsolekile can come in and replace the injured JP Duminy.

Bowling unit – On what was speculated to be a good pitch, the bowlers came and were seriously flat. The skipper got it wrong by playing five quicks from the outset, especially considering the ‘Gabba is renowned as being spinner friendly late in the game.  They were unlucky at times, with the 50/50 plays not going their way, but in this case credit needs to go to the batsmen.