House tells how he went from dancing to performing on stage. 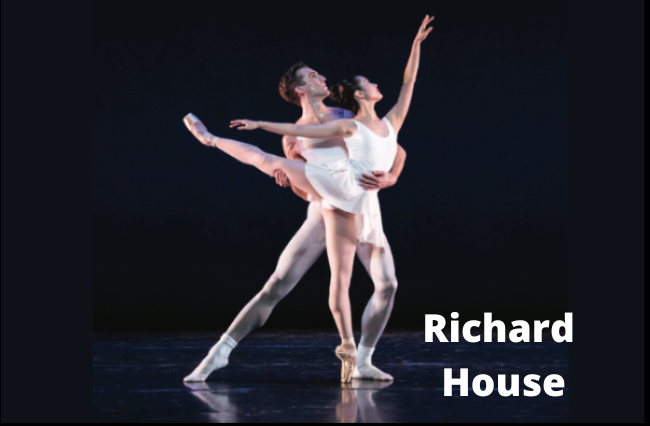 Professional ballet dancer Richard House says that a dancer dies two deaths: the death after your dance career, and the death at the end of your life.

“It sounds really morbid but it’s true,” House tells upstart. “We’ve been dancers our whole life, so we’ve known nothing else.”

This life started for House growing up in the rural Victorian town of Sunbury. In the mid-90s, dance was never encouraged for boys, particularly for House where the norm in his community was to play Aussie rules. House grew up with a family of footy fanatics.

His grandfather was the head of the health team at the North Melbourne Football Club and his brothers all played AFL.

“I kept it quiet that I was kind of dancing on the side after school just out of fear of people not understanding,” he said.

When House began training in jazz and tap at the Classique School of Dance in Sunbury, he says a career in dance wasn’t something he thought was a possibility. He admits he was not always the ballet kid when growing up as a dancer. Ballet was almost a chore for him and he initially only took it up so that he could audition for the Victorian College of the Arts Secondary School.

It was only when House was accepted into The Australian Ballet School at age 17 that he began to find his appreciation for ballet.

“I think my love of ballet really came from that it wasn’t so natural to me, and that I had to really work for it,” House said. “It showed me that if I work hard for something, anything is achievable.”

House recalled the struggles he faced when studying at The Australian Ballet School.

Strength and developmental issues saw House put on probation by the school and excluded from their annual regional performance tour.

“I was devastated,” he said.

He made a promise to himself to work persistently up until his graduation. By the end of the year, he was recognised by the school for his staggering improvement. House vividly remembers the day of his interview for the company, booked the day before his 20th birthday.

“I was like, okay, turning 20 it’s either going to be really shit or it’s going be the best day of my life,” House said.

Thankfully, it turned out to be the latter. House joined The Australian Ballet company in 2011 and embarked on the beginning of an incredible career in dance. When touring Swan Lake in the United States with the company, House began to feel at home as a ballet dancer.

“I just had never experienced an audience like that,” he said. “They were so vocal. You could feel the energy coming across the orchestra pit to the stage.”

“That was one of those moments where I really felt as a performer, okay, I’ve made it.”

Fast forward to 2018, seven years into his contract with The Australian Ballet, House was recommended by a friend to audition for a smaller company, The Sarasota Ballet, in Florida, US.

“It was a total impulse, but I just felt there are moments in your life as an artist and an athlete where you’ve got to just take the plunge when it feels right,” House said.

Since joining The Sarasota Ballet, House has been promoted to Junior Principal and has been commissioned to choreograph a piece for the company’s upcoming season in October. At 31 years old, House is nearing the end of his performance career. A ballet dancer’s career is often short-lived, with dancers on average retiring at around 35.

When his days of dancing professionally inevitably come to an end, House aims to become a physiotherapist and help other professional athletes reach their heights. He is currently studying a Bachelor of Health Sciences at La Trobe University in conjunction with their Elite Athlete Program and hopes to complete his masters in physiotherapy following that.

Although, House is not quite ready for his new ‘life after death’ just yet.

Story: Paris Mahar is a second-year Bachelor of Media and Communication (Journalism) student at La Trobe University. You can follow her on Twitter @parismahar.

Paris Mahar is a second-year Bachelor of Media and Communication (Journalism) student at La Trobe University. You can follow her on Twitter @parismahar.

Ferguson Hickey is a second-year Bachelor of Media and Communication (Sport Journalism) student at La Trobe University.  You can follow them on Twitter @ferghickey36.

Ben Bugeja is a first-year Bachelor of Business (Sport Management Major) student at La Trobe University. You can follow him on Twitter @benbug01.