As the threat of right-wing extremism continues to grow, experts are keeping an eye on young people. 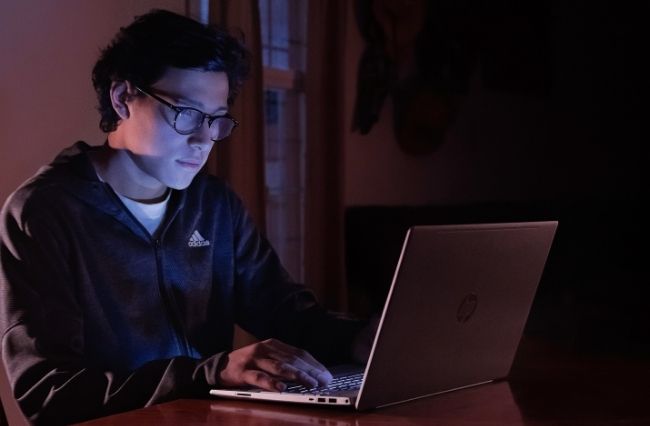 It’s 26 March 2021. An early Friday afternoon, students and staff at the Australian National University (ANU) are adjusting to being back on campus following a tumultuous year of remote learning and lockdowns as a result of the global pandemic.

But among the reignited buzz of student life on campus, encompassed by coffee shops and posters promoting Marxism lectures is a series of neo-Nazi stickers advocating for a white Australia scattered across campus.

This incident at ANU comes off the back of a string of right-wing extremist activity across Australia, including last years’ stunt when members of a neo-nazi group were pictured performing Hitler salutes at Swinburne University. This only reinforces the Australian Security Intelligence Organisation’s (ASIO) grim warning that right-wing extremism is on the rise.

ASIO director-general Mike Burgess told a parliamentary committee that as a consequence of the events of 2020, right-wing extremists represented between 30 to 40 percent of the agency’s caseload with individuals as young as fourteen years old being radicalised.

“They see the pandemic as proof of the failure of globalisation, multiculturalism and democracy, and confirmation that societal collapse and a race war are inevitable,” he told the committee in 2020.

Dr John Coyne, Head of Strategic Policing and Law Enforcement at the Australian Strategic Policy Institute, believes young men are becoming increasingly agitated as a result of negative impacts stemming from the pandemic.

“You’ve got an increasing number of dissatisfied young men who, in many ways, are economically dislocated and socially dislocated as a result of COVID-19 and other conditions,” he tells upstart.

“Their cost of education is skyrocketing, the likeness of employment is drastically reduced and, on top of that, we had a series of lockdowns. All of those young people have become susceptible to extremist ideas.”

Coyne, who has worked in intelligence and national security for over 25 years, admits that women aren’t becoming lured into these sorts of groups, despite being more impacted by the pandemic than their male counterparts.

“Strangely enough, women aren’t being attracted to these causes in the same way young men are. That’s not to say that some women aren’t, but we aren’t seeing the same number [compared to men]. The recent footage of right-wing extremism in Victoria showed there was no evidence or presence of any women involved,” he says.

Although he isn’t sure of the exact justification behind this, Coyne questions whether resilience, different levels of motivations, and social as well as cultural connections are behind the lack of female involvement.

Another disturbing fact is that people aged 18 – 30 years of age were the most likely demographic to become vulnerable to these sorts of behaviours. Coyne added that security forces right across western societies are becoming increasingly concerned about the emergence of teenagers becoming enticed by extremist groups.

This particular concern from security forces is encapsulated throughout cases widespread across the media, including the arrest of two young men in Adelaide in April this year for the possession of explosive devices, weapons and extremist materials. Meanwhile in Melbourne, a former Australian Defence Force member, and leader of a neo-nazi group was caught in March allegedly assaulting a Channel 9 cameraman.

Dr Adrian Cherney, an associate professor in Criminology at the University of Queensland and counter-terrorism researcher, says that many extremist groups were weaponising social media platforms to recruit more of the demographic to their causes.

Cherney says that when it comes to the process of extremist groups attempting to influence younger people, mainstream media platforms like Facebook and TikTok, as well as the dark web is being used.

Commentary on right-wing extremism’s infiltration in society once again exploded this year, following the riots at the United States’ government building, Capitol Hill, on 6th January, which claimed the lives of five people.

But closer to home, the memory of 2019’s Christchurch mosque shootings is still imprinted in the minds of many as frustration beings to boil over the federal government’s attitude towards combating extremism. Dr Kristy Campion, a lecturer of terrorism studies at Charles Sturt University, condemns the government negligible efforts to combat the issue following the attack that saw over 50 people murdered.

“The threat is not being taken seriously enough. An Australian terrorist massacred the peaceful citizens of our closest ally [in 2019], and very little has been done at a Federal level to ensure that such an atrocity does not happen again,” she tells upstart.

“State governments and counter-terrorism stakeholders can only achieve so much without significant support from the federal government – they need to be driving this.”

Article: Ashleigh Matosevic is a third-year Bachelor of Media and Communications (Sport Journalism) student at La Trobe University. You can follow her @ashleighmats_

Photo: Man in blue dress shirt using MacBook photo available HERE and used under a Creative Commons Attribution. The image has not been modified.