South Melbourne Phoenix signing Kyle Adnam is hoping to be "competitive for championships" with his new club. 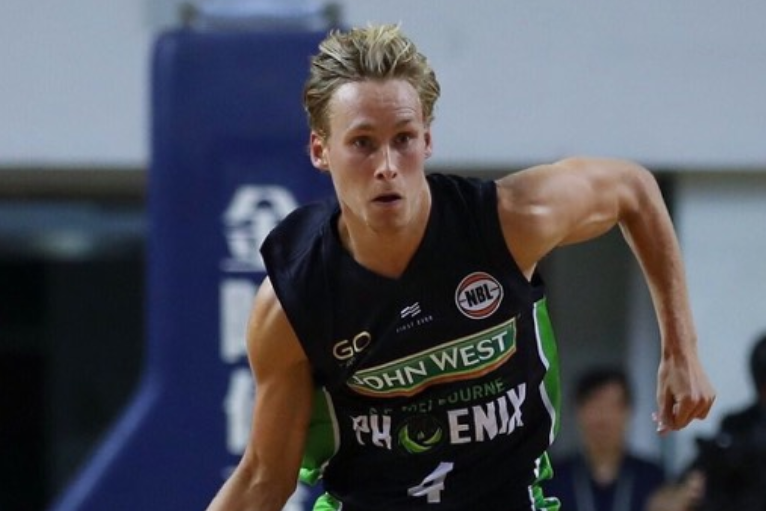 The last day of March, 2018. Over 10,000 fans packed the Hisense Arena to watch the winner take all final. Kyle Adnam watched from the sideline for most of the game as his teammates dominated the first NBL team he played for, the Adelaide 36ers. When the final siren sounded, Kyle and his home state team of  Melbourne United, celebrated in the glow of championship victory.

“It was phenomenal, it was a dream come true,” Adnam told upstart.

“It was amazing to do it in front of friends and family and after the game … walk up and hug my girlfriend.”

Adnam was flanked by teammate David Anderson in the team celebrations.

“I grew up watching Dave Anderson play,” he said.

“To play alongside him and hold up a trophy with him, they’re the things you don’t think about.”

Growing up, Kyle watched NBL greats such as six-time NBL champion C. J. Bruton and two-time Gaze Medal winner Shane Heal. However, it was two-time NBA MVP and Canadian basketballer, Steve Nash, that had the biggest impact on his playing style.

“I loved the way he [Steve Nash] played,” he said.

“He was a similar size build to what I thought I may be. It was really cool to see how he adjusted to the athletic and bigger players.”

Like all the basketballers he admires,  Adnam is a “pure” point guard. Standing six foot one, he is small compared to the tall players of the game. To make up for this, Adnam has always used “the speed of the game” to define his style.

Despite the high and exhilaration of the championship, Adnam came to an impasse in his career. One where after a few changes by the team in the off season, it was time for him to move on from Melbourne.

“Realistically there was going to be more opportunity elsewhere,” he said on the decision to sign for the Sydney Kings in the 2019-2020 NBL season.

It was only one season with the Kings, but for him it was beneficial. Yet he had a desire to come back home.

While Adnam was playing in Sydney, a new team was forming. The South East Melbourne Phoenix were announced as one of two new NBL teams  for the 2019-2020 season and were to be based in the suburbs that Adnam grew up in. After the finish of the 2018-2019 NBL season, he decided it was time  to come back home, signing a two year deal with the Phoenix.

“I’ve played sport here [South East Melbourne] since I was six,” he said.

Adnam started playing in youth basketball with Kilsyth where he enjoyed a great amount of success. He won his first major championship at 17 years old, playing against the Diamond Valley Eagles.

The team was a group that started playing together all the way back in the under 10’s. In that game, Adnam lead his team to a championship.

“To finally win one all together with my best friends, that was pretty special,” he said.

“[I] was very lucky to put on a very good performance. It progressed me into the NBL. That game was huge for me.”

And now Adnam has the chance to relive past successes with his new team. His focus now is looking towards the future.

“To be back home and back with family is where I want to be long term,” he said.

“It was more of a long-term decision.”

For Adnam it’s now all about becoming a leader of his new club. As a former premiership player and NBL player since 2013, he is expected to be one of the players to “establish culture”.

“We are a community driven club,” he said, speaking of the club’s objectives.

For him and the club, it’s easy to say that they will be competitive later. But that’s not the case.

“We think as a club that we are going to be competitive for championships,” he said.

“Not for one year, not for two years, but for the next twenty years.”

It remains to be seen if this prediction by Adnam is correct but his aim right now surrounds the first season.

“It’s about going out there and performing and I think we’ll be really good in our first year.”

Photo: used with the permission of Kyle Adnam