Thousands of guns handed in, but there is still talk of weakening gun laws. 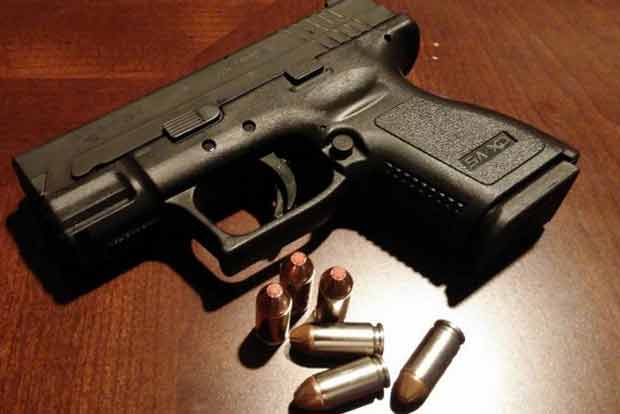 In this case, it’s the number of illegal firearms that were handed in during Australia’s National Firearms Amnesty, an event which sees unregistered firearms handed in to authorities by the Australian public without fear of prosecution.

That means that there are enough guns to put one on each seat at the Etihad Stadium, with a few extra thousand receiving a second, or enough guns for the people of Greenland to have one each, with a few to spare.

A rocket launcher, automatic rifles and hand guns, including over 80,000 rounds of ammunition were handed in during Australia’s gun amnesty between July and September 2017.

With the recent news of the Tasmanian Liberal government proposing to weaken their state’s gun laws, Chairwoman of Gun Control Australia Samantha Lee is concerned about what this could mean to the safety of Australian lives.

“There’s no doubt that the weakening of the laws in Tasmania will result in an increase in potential gun violence in not only that state, but it will ruin the safety of all the other states in Australia,” Lee told upstart.

Lee says the Tasmanian Liberal government is using the “power of the gun lobby state” to their advantage to secure seats.

“I think it’s a mixture of issues,” Lee said.

“One is the rise of a gun lobby in Australia, particularly a gun lobby that has deep pockets and deep networks. But it’s also no doubt the government has looked at polling and particularly in marginal seats and wanting to grab that gun lobby vote.”

Advocacy and Campaigns Advisor for Gun Control at the Alannah and Madeline Foundation Stephen Bendle agrees with Lee and is in full support of there being no benefits from weakening gun laws.

“We benefit from a really strong gun framework, and any reduction in that framework just increases the likelihood of more guns in our community, or accidents, more homicides, suicides,” Bendle told upstart.

“We say it’s a bit like seat belt laws. We benefit from having strong road safety laws and we don’t see any benefit in relaxing those.”

The Alannah and Madeline gun petition commenced in 2016, in which they were able to secure 60,000 signatures, asking the Federal government to stop the importation of a particular new gun and to ensure Australian gun laws remain strong.

“In 2016, there was an effort by the gun lobby to introduce or import a new firearm; it was called the Adler shotgun,” Bendle said.

“There was a bit of a loophole in the legislation which may have allowed that to come in.”

“We found that to be a really frightening proposition and it was being supported very strongly by the gun lobby.”

“We spoke to politicians, but we also asked the Australian community what they thought and we had about 60,000 people sign our petition asking the government to ensure that the Adler shotgun couldn’t be imported.”

While each state and territory has agreed to the 2017 updated version of the National Firearms Agreement, Bendle is aware of non-compliances within each state that need to be removed and wants the nation to fight the growing gun lobby in Australia.

“All states and territories have reaffirmed their support of the National Firearms Agreement,” Bendle said.

“There is a range of over 50 technicalities – that means there’s a whole range of variations among state and territories and we’re asking them to do what they can and make sure they comply with the National Firearms Agreement.”

“We want them to resist the gun lobby and the interested parties that are trying to water down the Firearms Agreement.”

Now that there has been a strong focus on the illegal market, Samantha Lee wants there to be a focus on the legal gun market, showing a concern for those who own legal guns and potentially what is done with legal guns.

“It’s great that so many have been retrieved from the market and now registered,” Lee said.

“But my main worry is the legal gun market. The fact is that the number of guns in the legal community is rising and that includes rapid style firearms.”

Jessica Micallef is a third year Bachelor of Media and Communications (Journalism) student at La Trobe University. You can follow her on Twitter on @jessmicallef19