Traditional tattoos will be covered as a sign of respect towards Japanese customs. 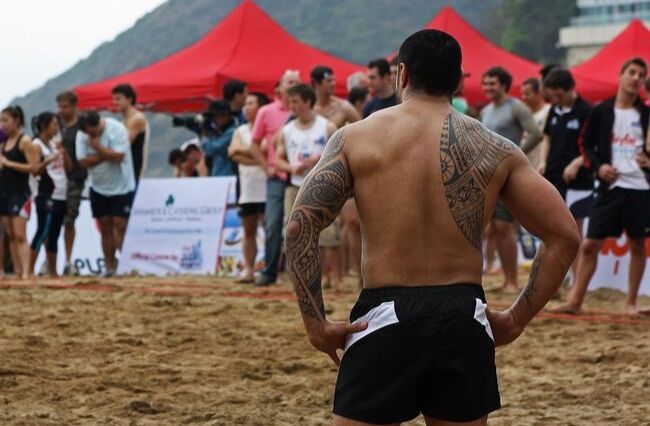 The Samoan rugby team will wear skin suits to cover up tribal tattoos at Rugby World Cup training sessions in order to recognise the traditions of their Japanese hosts.

Tattoos in Japan are often associated with organised crime and those who have tattoos are banned from most baths, spas, pools, hot springs and gyms throughout the nation.

Samoa team officials consulted with a Japanese culture expert according to captain Jack Lam, who wanted to ensure there would be no cultural clashes between the two countries before the World Cup.

“We had someone coming in and giving us a heads up about what we could expect in Japan,” Lam said.

“We will be making sure that what we are showing will be ok.”

Samoa team manager Va’elua Aloi Alesana told the Rugby World Cup website that tattoos are like passports for Samoan young boys in order to be a part of tribes and to serve chiefs.

Alesana said the team will wear skin suits throughout most training sessions.

This will be Samoa’s eighth consecutive Rugby World Cup with their first appearance dating back to 1991.

The Wallabies defeated Samoa 34-15 in a warm match two Saturdays ago in preparation for the tournament which kicks off tomorrow.

Photo: Indelible By Istolethetv available HERE and used under a Creative Commons Attribution. The image has not been modified.