Since an unexpected in in the 2019 election, no one would have anticipated the events of Scott Morrison's first year in charge. 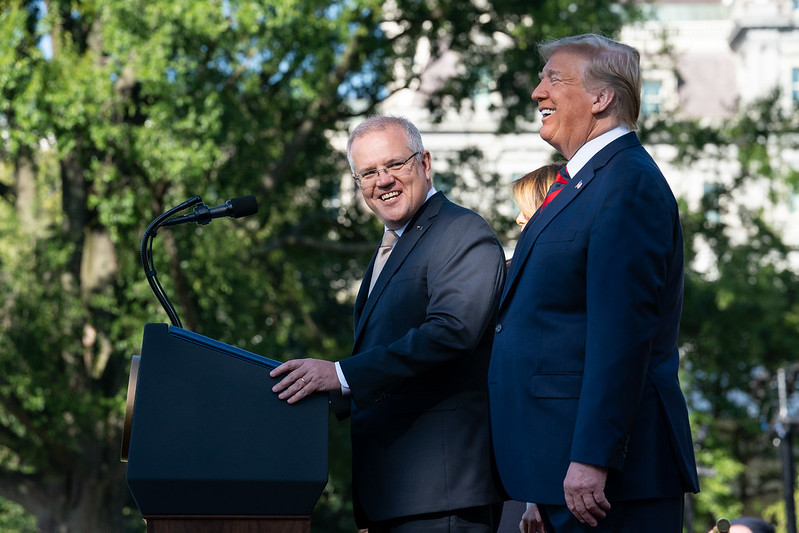 Today marks a year since Scott Morrison was elected into the Prime Minister role of Australia. The events that followed no one could have predicted, but here are some of the headlines that ruled ‘ScoMo’s’ first year as a prime minister.

“I’ve always believed in miracles.”: Morrison surprises the nation and becomes Prime Minister role after a 2019 election that was wildly tipped to be a Labor victory.

G20 Summit: Morrison convinces global leaders to take action on social media terrorism off the back of the Christchurch massacre at the G20 global summit in Japan.

Manus Island: Papua New Guinea Prime Minister James Marape wants to end asylum seeker processing and get people off Manus Island, but the Prime Minister continues to reject an offer from New Zealand to help with the process.

Pacific rift: Morrison is accused of “insulting” and alienating Pacific leaders by Fifi Prime Minister Frank Bainimarama while at the Pacific Islands Forum in Tuvalu.

Meeting the President: The Prime Minister receives a red-carpet reception as he lands in Washington DC and meets President Donald Trump, praising his political priorities.

Rugby League in Fiji: Mr Morrison touches down in Fiji to support the Prime Minister XIII game against Fiji in hopes of easing tensions with the country’s leader over the sport.

Fire claims: The Prime Minister denies claims that the country is unprepared to take on bushfires and is adamant carbon emissions are not the cause of the fires.

#Where’sScotty: The Prime Minister takes a poorly-timed holiday to Hawaii as Australia begins a fight with some of  the most devastating fires the country has seen.

Australians stranded: Mr Morrison attempts to evacuate up to 600 Australians in the epicentre of a virus outbreak in Wuhan.

Travel bans: Mr Morrison anticipates that COVID-19 will be labelled a global pandemic as he closes travel to and from China.

National closure: Mr Morrison puts Australia in lockdown as the coronavirus spreads rapidly across the country and the world.

Political redemption: Mr Morrison is widely praised is for his response in limiting the impact of the COVID-19 pandemic after “making a mess” of the bushfire season.

Call for international investigation: Amid trade tensions with China, Mr Morrison calls for an investigation into the origins of the coronavirus in China despite blowback by the Chinese government.

Photo: USAxAUS by The White House available HERE and used under a Creative Commons Attribution. The image has not been modified.