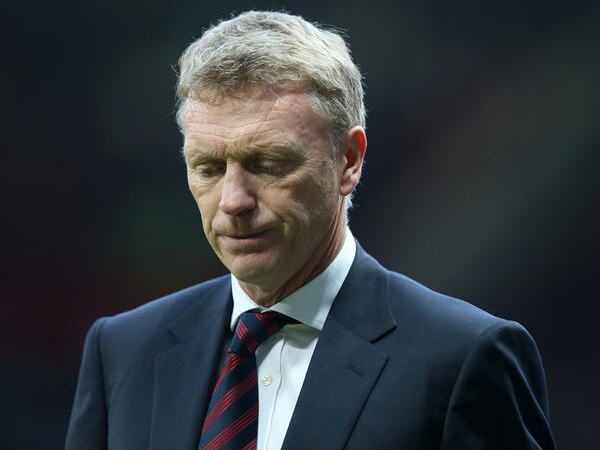 Nine games into the Premier League season and the Red Devils have produced their worst start to a season since 1989.

The club’s new manager David Moyes has at times been solely criticised for its poor start. Many pundits are already questioning whether he was the appropriate successor to Sir Alex Ferguson.

But this is both unfair and shortsighted. Moyes may well be part of the problem, but there are more significant issues at hand for United.

For starters, it is lacking four or five world-class players.

It seems like a strange call given that the club won the Premier League title last season, and was runner-up the year before that.

If it wasn’t for Sir Alex Ferguson’s squad rotations, tactical aptitude, fiery intensity and let’s face it, an occasional nag of the fourth-official, United would not have had the same success over the last half a decade.

Moyes’s inability to acquire world-class players in the summer was the straw that broke the camel’s back.

United finds itself requiring a central defender, a left fullback, a world-class wide player and a dynamic box-to-box midfielder at the very least.

David Moyes: “If we’d scored a second it would’ve put the game to bed, but 1-0 is always a dangerous scoreline” #MUFC pic.twitter.com/wEo576kkb5

At centre-back United still has Nemanja Vidic on its books – one of the finest in the Premier League – but he lacks a dependable partner in crime. Rio Ferdinand is not the viable starting option he once was.

The two arguably made up the best central defensive partnership in the league from 2007 to 2010, however now approaching 35, Ferdinand’s lack of foot-speed has been exploited on more than one occasion – in the last few seasons particularly.

Phil Jones, Johnny Evans and Chris Smalling are all excellent prospects at the heart of defence, with Jones, 21, undoubtedly the pick of the bunch.

Despite this, the trio have not put in shifts that warrant extensive first-team selection thus far. The fact that Jones is United’s on field handy-man is evidence of that.

The Frenchman was one of the finest players in the world in his position at the peak of his powers. He epitomised the modern-day fullback, attacking more than defending, albeit still equally adept at the former.

But those days are behind Evra.

The 32-year-old still makes soul-searching runs up the left-flank, although he no longer possesses the recovery pace to get back and defend – and he is often found wanting when opposition teams break.

It isn’t a disaster that the French defender is still on United’s books, what is problematic is that United has not brought in capable cover for him since Heinze was sold to Real Madrid in 2007 – nor has it recruited a replacement.

Currently, Moyes has only Alexander Buttner and Fabio da Silva to choose from. Neither player possesses the quality to deputise if Evra is injured, let alone take the reigns once he eventually departs.

The Red Devils are also lacking calibre in the guts of the field.

Michael Carrick is one of the more efficient, tidy midfielders in the world. But in spite of this, he rarely has full licence to pull the strings because he does not have the benefit of a ball-winning midfield partner.

Marouane Fellaini was purchased over the summer, partly to fill this role. But the Belgian lacks both the fitness-base to play box-to-box and the passing skills to play out from the back.

Tom Cleverley and Anderson are not the diminutive holding midfield players United require either.

Cleverley is a serviceable squad rotation player, but Anderson has been on the club’s books since 2007 and has failed to establish himself in any capacity.

Finally, on the wings United has some long-standing issues that have not been addressed.

Ironically, it has more wide-players than one can shake a stick at, though none are world-beaters.

Antonio Valencia is a reliable, classic winger; excellent at getting to the byline and delivering the ball, but he doesn’t score enough goals, and the standard of his service has waned in recent years.

Moyes also has Wilfred Zaha, Nani and Ashley Young at his disposal.

Nani is selfish and impetuous, Zaha is too inexperienced, and Young frankly lacks the technical-ability to play for a club of United’s stature.

The fact that 18-year-old Adnan Januzaj has forced himself into the team speaks volumes of the lack of class out wide.

Januzaj may be an exciting talent, but he will never reach his full-potential unless he is competing with more seasoned, world-class players for minutes on the pitch.

At the end of the day it’s easy to attribute many of these shortcomings to Moyes.

The fact that the Scot has limited European experience and never won a top-flight domestic title or cup competition during his time as Everton manager are genuine concerns.

But the reality is, he would have been hard-pressed identifying squad deficiencies so early on in his United tenure.

Like the great man who occupied his role before him, Moyes deserves time.

Only then, can he be judged fairly.