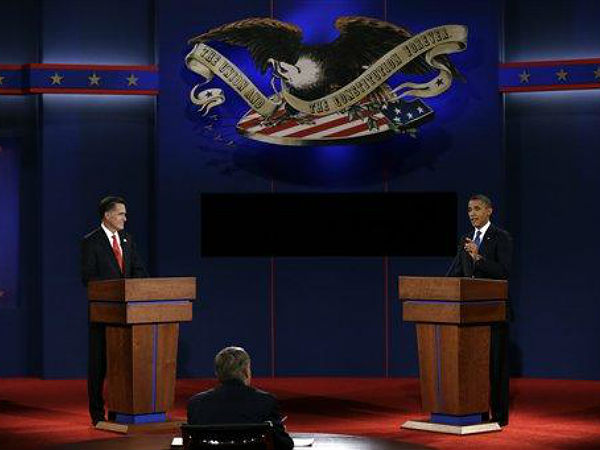 This seems to be the Republican Party strategy.

Proving it’s never too early to push the 2016 presidential campaign into the news-cycle, RNC officials unanimously voted to boycott any CNN or NBC-hosted debates in the next race to the White House.

As per the resolution, planned Hilary Clinton docos on the two networks resulted in this:

“Former Secretary Hillary Clinton is likely to run for President in 2016, and CNN and NBC have both announced programming that amounts to little more than extended commercials promoting former Secretary Clinton; and these programming decisions are an attempt to show political favoritism and put a thumb on the scales for the next presidential election.

The Republican National Committee calls on CNN and NBC to cancel the airing of these political ads masked as unbiased entertainment; and, be it further resolved, that if CNN and NBC continue to move forward with this and other such programming, the Republican National Committee will neither partner with these networks in the 2016 presidential primary debates nor sanction any primary debates they sponsor.”

On the surface, the boycott could loosely be described as idealistic; the move to separate bipartisan networks from the next political campaign is somewhat admirable.

Any such esteem is quickly forgotten when considering the manner Fox News and its affiliates in the US have served as a Republican mouthpiece in recent memory.

However, the predominant take-away from the highly expected boycott is the Republican party’s determination to continue with a failing business model.

After suffering a heavy defeat in the 2012 election, the party was supposedly set to change.

In the RNC commissioned Growth Opportunity Project, the crippling, institutional failings of the party in the post-Bush era were identified.

“Young voters are increasingly rolling their eyes at what the party represents and many minorities wrongly think that Republicans do not like them or want them in the country,” the report said.

It continued: “The Republican Party needs to stop talking to itself. We have become expert in how to provide ideological reinforcement to like-minded people, but devastatingly we have lost the ability to be persuasive with, or welcoming to, those who do not agree with us on every issue.”

The supposed long hard look at itself lasted all of five months, with those words clearly forgotten.

By excluding two admittedly left-leaning – at least by Republican standards – networks from being part of the process, the party narrative in the lead up to 2016 will solely be shaped, at least internally, by those who’ve already drank the cool aid.

And, while such a move will surely result in its current supporter base feeling more confident and secure in its eventual candidate than ever, no longer can Republicans afford to ignore the other side of the proverbial coin.

But, by announcing plans to shun the abovementioned unfavourable network duo, the party has disappeared further into its echo chamber.

Yet, rather than listen to those from the outside, collective Republican fingers are being shoved in ears; blocking out the white noise emitting from the majority outside.

If such behaviour persists until post-2016, it’s sage to assume another Democrat will gleefully be sworn in atop Washington steps – marking the first time a Donkey has been elected consecutively since JFK and LBJ, while the Republican National Committee will be left to commission another crisis report.