The WHO suggests that mental health support should be included in climate change plans. 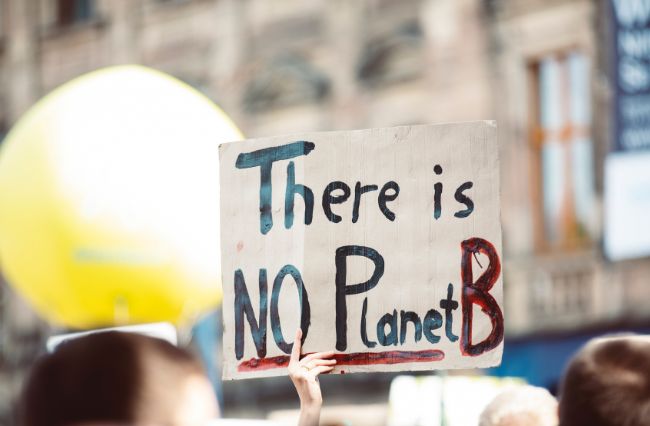 Earlier this year, Dévora Kestel, Director of the Department of Mental Health and Substance Abuse at WHO, said that mental health sectors are already struggling, and more support is needed to assist this group too.

“The impact of climate change is compounding the already extremely challenging situation for mental health and mental health services globally,” she says.

“There are nearly 1 billion people living with mental health conditions, yet in low- and middle-income countries, 3 out of 4 do not have access to needed services.”

In Australia, the government has recently introduced the Climate Change Bill 2022, which legislates that Australia must meet a target of net zero greenhouse gas emissions by 2050 and see a 43 percent reduction in emissions by 2030. However, Australia is also taking on new coal and gas projects, which The Australia Institute says could cause Australia’s emissions to rise to “24 times the annual emissions of all 14 Pacific Island countries”.

Australia is yet to include mental health in their climate change plans despite calls for action from medical professionals.

High school student Gabrielle Calabretta is one Australian who says she experiences mental stress and feels “powerless” in the fight against climate change.

“I feel like as an individual there’s nothing I can do about it,” she tells upstart. “And I think that’s what is the most damaging, is knowing that even if I do use re-usable bags, even if I do take all these small steps, because of big businesses and government … not taking responsibility for the environment…there’s so little I can do.”

Beth Hill, the Program Development Coordinator for Psychology for a Safe Climate (PSC), said that they use the term climate distress to describe feelings of stress related to climate change, which differs from other mental health conditions such as climate anxiety. She says this is because feelings of stress are a rational response to climate change, and doesn’t always fall under a mental illness or disorder.

“While it is something that affects your mental health, and it can tap into what we would call a disorder or an illness that might really need psychological support of a different kind, the fundamental response of distress when looking at what’s happening with climate change is in fact very sane, and very reasonable,” she tells upstart.

PSC is a non-profit organisation that offers support for those dealing with climate distress through strategies such as climate cafes and workshops. Hill says they’re seeing people begin to “wake up” to the impacts of the climate crisis such as species loss and natural disasters, and how serious it is.

“The urgency for action can bring about a quality of distress for people,” she says.

A report released by the Royal Australasian College of Physicians highlights the impact of climate change on the healthcare system. The Royal Australian and New Zealand College of Psychiatrists president, Associate Professor Vinay Lakra, who endorsed the report, said policies are needed to address challenges the mental health and healthcare sectors are facing as a result of climate change.

“This report highlights the urgent need for a set of comprehensive policy responses … capacity development across mental health and the wider health system will be fundamental to addressing these challenges,” he says

Research has also found that Australians were more concerned about climate change than COVID-19 last year, with experts suggesting that the mental health impacts will only grow.

In terms of taking action against climate change, Gabrielle’s sister, Renee Calabretta, says she tries to carry out small sustainable practices, but feels as though it doesn’t make a big difference.

“That makes a person go, ‘Oh, well, then why am I really stressing about like, keeping the lights on or … leaving my car on’ and you know, things like that … it starts to make you feel like there’s no point,” she tells upstart.

Despite this, Professor David Karoly, honorary Senior Research Fellow in Melbourne Climate Futures, says that most choices people make can make a difference, including the clothes and food they buy.

He says that when looking at the impacts of climate change we’re seeing today, such as the floods in New South Wales, it’s not surprising that people’s mental health is being affected. But he says that not all hope is lost, though there is still work to be done.

“There is hope. We can stop global warming and reverse it. But it requires every person and every action to be understood and offset. And to reduce to zero net emissions. And there’s no free ride,” he says.

If you’re experiencing climate distress, PSC can connect you with a climate aware practitioner. Additionally, Beyond Blue and Headspace provide mental health support.

Photo | Photo by Markus Spiske available HERE and used under a Creative Commons License. This photo has not been modified.