Is criminal legislation the answer to tackling catcalling? 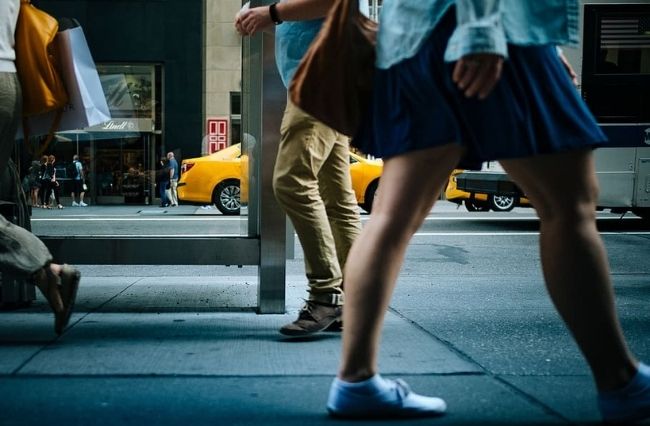 Wolf-whistles, winks and honks – these are just some of the examples of what constitutes street harassment.

Street harassment, or more popularly referred to as catcalling, is a form of intimidation that entails unwanted verbal comments, provocative gestures, stalking and persistent gazing or leering.

Catcalling has been a growing issue as it creates an unsafe environment that can turn violent. It can start as verbal harassment and escalate to sexual assault, rape and even murder. While street harassment can happen to anyone, cross-cultural research from Hollaback! and Cornell University suggested that street harassment is gender-based harassment as it is mainly targeted at women and perpetrated by men.

CEO of Our Watch, Patty Kinnersly, says this form of harassment has left many women feeling afraid and immobilised, thus impacting their mental health.

“When disrespect towards women like street harassment goes unchallenged, it creates a culture in which violence against women is more likely,” she tells upstart.

“We must see this violence existing on a continuum and examine what causes it and what role we all play in stopping it from happening in the first place.”

Earlier this year, the grassroots street justice organisation It’s Not A Compliment (INAC) released a survey that captured the street harassment culture in Victoria. It revealed that 86.7 percent of the 343 participants surveyed have been harassed during the pandemic. Of those surveyed, 91.3 percent identified as cisgender women, non-binary or transgender, and said they have experienced harassment because of their real or perceived sex.

The way catcalling is dealt with socially and legally varies across cultures. While some countries have laws to address public verbal harassment, others are working hard to only start the conversation about the issue.

Recently, England and Wales announced that street harassment could soon be criminalised, joining France in banning catcalling. But should the same regulation be adopted in Australia?

According to Dr Bianca Fileborn, senior lecturer in Criminology at the University of Melbourne, part of the reason we’ve seen laws being put in place in some places and not others is that activist groups across Australia, the UK and the US have divergent approaches towards the handling of the issue.

She says the UK advocated for the introduction of criminal legislation because neighbouring countries, such as France and Portugal, had introduced similar legislation.

“On the other hand, US and Australia were strongly informed by intersectional and abolitionist approaches and did not advocate for the criminal regulation of street harassment. Instead, these groups were much more concerned with preventative and transformative approaches that involved education, awareness-raising and tackling the underlying structural causes of street harassment,” she tells upstart.

In Australia, depending on the states and territories, street harassment behaviours are covered under the sexual offence legislation that includes sexual assaults and rape. Although offensive language sits under the public order offences, verbal comments and staring are not directly addressed through legislation.

Fileborn says actions like staring or leering are often challenging to police and regulate through the law because of their fugitive nature.

“It [street harassment] can often be very fleeting,” she says. “So, people don’t see who the person was and there’s little tangible evidence to take to the police.”

“Many forms of [street] harassment can also constitute perfectly normal behaviour in public spaces such as looking [and] talking to someone, making it difficult and in some cases, undesirable to try to regulate this behaviour.”

Comparing the responses from participants involved in her previous and current projects, Fileborn says she has noticed a shift in people’s opinions when it comes to tackling street harassment. In her pilot project in 2016, a majority of the participants involved were in favour of introducing criminal legislation for street harassment despite knowing that it wouldn’t be effective in holding perpetrators accountable.

“Many said the symbolic and communicative function of the law was important. [It] sends a message that as a community, we recognise that street harassment is harmful and not tolerated,” she says.

Whereas most of the participants in her current research have not supported criminal legislation.

“They [participants] wanted responses that dealt with the underlying causes and worked towards preventing street harassment,” she says.

Fileborn believes there are more effective responses than criminal law as introducing stricter or new laws is unlikely to achieve anything. She believes it may contribute to the over-policing of marginalised groups of men including Indigenous men, People of Colour (POC), homeless men and those with a mental illness.

Instead, Fileborn suggests Australia adopt Washington D.C.’s non-criminal legislation and place our resources towards cultural, social and structural change instead.

“I would like to see the introduction of non-criminal legislation on street harassment, similar to the approach taken in Washington D.C.,” she says.

“Legislation introduced in Washington D.C. creates a legal definition of street harassment and an onus on government agencies to undertake data collection, train staff and engage in community education without criminalising perpetrators.”

While many Australians often feel lost and helpless when harassed on the streets, initiatives have been designed to help prevent harassment in public spaces.

INAC has developed several campaigns and events to raise awareness and help reduce street harassment including Bystander Intervention Training. The workshop aims to empower people to confidently intervene on the streets by developing their knowledge, resources, skills set and views around street harassment accountability.

In 2016, XYX Lab also partnered with Plan International Australia on the Free to Be online map, a website and application that allows women in Melbourne to report on their sense of safety. The data collected has helped activists, community leaders, governments and transport bodies in developing safer streets campaigns for women and girls.

“By allowing women and girls the authority to articulate their experiences, we learn how to develop better, safer and more inclusive cities for everyone,” Nicole Kalms, founding director of XYX Lab, said.