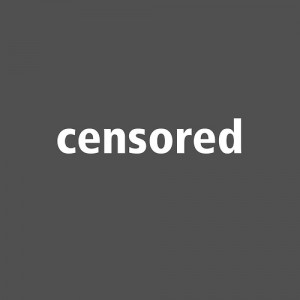 Got opinions you’d never dare to air in the polite and dignified society of the real world?

You’re certainly ‘not homophobic, but…’

Well don’t stress, because there’s a safe place for you to air your ignorant grievances. You won’t end up getting yourself banned for life from your friend’s dinner parties, and better yet, you’ll meet a community of likeminded idiots that will actually congratulate you for having such a closed minded view of the world.

Let me introduce you to the Internet. Oh wait, you’re already here.

Good to see you. Let’s take a stroll over to reddit shall we?

Depending on who you talk to, this aggregated news site is either the future of content delivery and considered discourse, or the ‘sewer of the Internet.’

Here, you can say pretty much anything you like, and if you pick the right subreddit to post it in, you might not even end up getting downvoted to hell.

Because although reddit recently banned suggestive and sexual content featuring minors from the site, the power to censor content generally lies with the creator of each unique subreddit: everyday internet savvy folk, like your good self.

But, you’re not really a sexist, racist, homophobe (sorry about the earlier wild accusations), so you’ll probably steer of those communities that peddle ignorance and bigotry.

r/mensrights is a subreddit that seeks to advocate for the equal rights of men, by drawing attention to injustices suffered by males as a consequence of gender discrimination (including legal and educational discrimination, male genital mutilation and false accusations of rape).

Yet, while the promotion of gender equality is unquestionably admirable, the nature of the content and discourse that occurs within r/mensrights points to a darker side of this community of over 35,000 subscribers.

The community, which openly declares that it was ‘created in opposition to feminism,’ contends feminism to be a global conspiracy designed to oppress men and rob them of their human rights; claiming the feminist movement, ‘institutionally is far more damaging towards not just men, but women, children, and many facets of society, than it is positive.’

It is a community that has shown itself to be reactionary and reductive; while standing upon a platform of equality, r/mensrights perpetuates dangerous and vitriolic female stereotypes, vilifying women and victimising men.

Civil rights organisation The Southern Poverty Law Centre went so far as to name r/mensrights a ‘hate site,’ noting, ‘while it presents itself as a home for men seeking equality, it is notable for the anger it shows toward any program designed to help women. It also traffics in various conspiracy theories. ‘Kloo2yoo,’ identified as a site moderator, writes that there is ‘undeniable proof’ of an international feminist conspiracy involving the United Nations, the Obama Administration and others, aimed at demonizing men.’

The Southern Poverty Law Centre is not alone in its criticism of r/mensrights. Women’s interest blog Jezebel recently proclaimed reddit, ‘the worst possible place for rape victims to seek assistance,’ after a 14 year old girl posted in r/askreddit pleading for advice after she was sexually assaulted while under the influence of marijuana on 4/20.

The post, which was quickly brought to the attention of the r/mensrights community, rapidly degenerated into a furore of slut shaming and accusations the girl’s claims of sexual assault were false. The girl’s reddit account was also inundated by messages naming her a slut and accusing her of bringing the assault upon herself.

But should reddit go so far as to delete these posts? Should communities like r/mensrights be removed?  Certainly, the generally uncensored, ‘anything goes’ nature of reddit frequently sparks the ire of online commentators, and rarely does a day go by where the site is not asked to justify the existence of controversial communities and offensive content.

Last month reddit CEO Yishan Wong responded to such criticism, telling the community, ‘we do not justify the existence of subreddits with controversial or objectionable content. We justify a general policy of being a neutral communications platform that strives for a bias towards freedom of expression because we operate in a country with such laws and a cultural tradition of the same’

So it is that as online culture becomes firmly ingrained in our everyday lives, sites such as reddit experience a rapid increase in traffic and exponential user base growth. Increasingly these sites are evolving to become a mirror of modern society, providing a space for the millions of voices of wildly varying ideologies that make up our diverse world to be heard.

reddit is a community of contradictions, with logical, rational and educated communities, such as r/science existing uncomfortably beside radical communities of questionable ideals, like r/mensrights.

Yet, there does exist a system of content control and moderation that operates outside the powers of the sites moderators, and it is held firmly in the hands of every reddit user.

The upvote/downvote system allows users to vote up content and commentary they find worthwhile, while voting down content they find to be offensive, incorrect or irrelevant, helping to foster a community which values a moderate voice that deals in rational, logic and well researched discourse.

Online censorship remains one of the most polarising issues facing our increasingly technologically connected society. Should sites like reddit be completely open and uncensored? Or should hateful, discriminatory content be moderated and removed? Have your say below!