After a boom during the early stages of the pandemic, sim racing's popularity continues into 2021 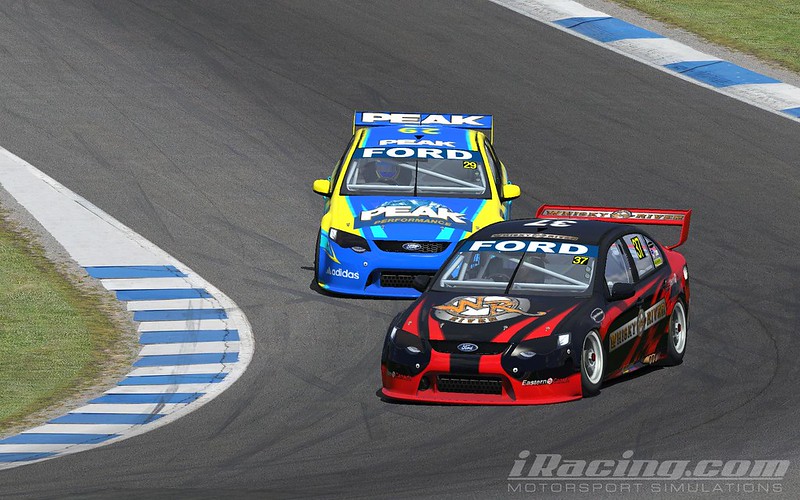 It’s 6 April 2020. Ferrari Formula 1 driver Charles Leclerc is on pole position at Albert Park. His hands grip the steering wheel while his eyes focus on the starting lights. The lights change from red to green, Leclerc shifts into first gear and accelerates down the straight in a battle to take the lead into turn one.

Twenty-nine laps later he crosses the line to win the Grand Prix, all from the comfort of his own home.

In the early stages of the COVID-19 pandemic, with a lack of racing on track, many people turned to sim racing to get their motorsport fix. Drivers like Leclerc raced virtually on platforms such as iRacing or the video game F1 2020.

In 2021, sim racing is maintaining its pandemic popularity. According to Twitch Tracker, 2.12 million hours of sim racing was watched on Twitch during January 2021. This beat the hours watched during the peak of lockdowns in May 2020 of 2.10 million and fell just short of April 2020’s record of 2.61 million.

Manager and driver for sim racing team Trans Tasman Racing, Madison Down, tells upstart that events featuring famous professional drivers had a huge influence on the increase in popularity to sim racing, giving the virtual sport exposure during the pandemic.

Despite its boom in popularity, Down, a winner of eleven V8 Supercars championships on iRacing and competitor in the official Supercars Pro eSeries, was surprised when he saw that sim racing will be included in the Olympic Virtual Series ahead of the Tokyo Olympic Games.

“That will grow sim racing another step and doing it on Gran Turismo is definitely, in my opinion, that right platform to do it on. Console, nice easy accessibility. You can do it on Logitech, entry level wheels and that type of thing,” he says.

He first started sim racing in 2008 as a high schooler, on the PlayStation 3 in Gran Turismo.

“It was definitely a moment in my life where I realised ‘holy crap this is really awesome. I didn’t even know this was possible’, and then from there on it’s just progressed and progressed and got bigger and bigger every year,” Down says. “For me it’s purely the love for racing, so racing being a pretty expensive sport it’s a pretty accessible way to satisfy the competition or the competitive side of it.”

The boost in popularity to sim racing has also had an impact on sim racing equipment retailers, with both the general public and professional drivers jumping in on the trend. Melbourne-based racing simulator company Simworx sells full simulators as well as sim racing controls such as steering wheels and pedals. Its customers have included Supercars drivers such as Scott McLaughlin and Cam Waters. Production manager at Simworx, Luke Klaver, tells upstart that sales for simulator controls were boosted when lockdowns occurred and people were forced to find things to stay occupied.

“With simulator sales the main jump we had found was race car drivers not being able to race and a lot of racing series running eSeries events,” he says. “We found that a big portion of race drivers professional or amateur are paying big dollars to go car racing and with all that on hold they turned their head towards a simulator, which is a fraction of the price to go racing that’s for sure.”

Brendan Kemp, the general manager of Gold Coast based racing simulator business, Pagnian Advanced Simulation, tells upstart that there have been several factors that have contributed to the boom in sim racing.

“The first being a rise in eSports as an industry, with the competitive nature of racing easily syncing with the eSports community’s needs,” he says. “In most countries, sim racing is now considered a genuine sport, with global associations officially sanctioning events such as the Virtual Olympics.”

The second factor is the accessibility and affordability of great simulation hardware in the global market.

“Sim racing is dynamic, you can race on any track in any condition, at any time,” he says. “I think there are many more factors like game titles increasing in popularity and quality, but the list of factors is practically endless.”

Kemp believes that the pandemic has allowed people the access and time to dive into sim racing.

“Now that the ball has started rolling, it’s not going away any time soon,” he says. “You just need to look at online racing league participation numbers on all consoles and the current eSports racing environment for evidence of that.”

“There is now huge prize money in eSports racing and therefore, real-life professional drivers from all disciplines are now participating in these events online which obviously brings a large following. The demand for racing simulators will only continue to snowball from here.”

Motorsport teams and figures are even looking to sim racing as a pathway option for young drivers. Former F1 driver Romain Grosjean launched his own sim racing team, which he hopes can scout drivers that can be successful in the real world.

Madison Down, says that sim racing has given him real life experiences such as a test drive in a Supercar with his Supercars eSeries team Brad Jones Racing.

“I think it’s probably got a lot bigger than what I originally thought it ever could,” he says. “It’s really cool I mean the amount of opportunities that I personally have got out of sim racing has been enormous.”

Photo: Falcon – PhillipIsland 10 by Jay Bonvouloir available HERE and used under a Creative Commons Attribution. The image has not been modified.