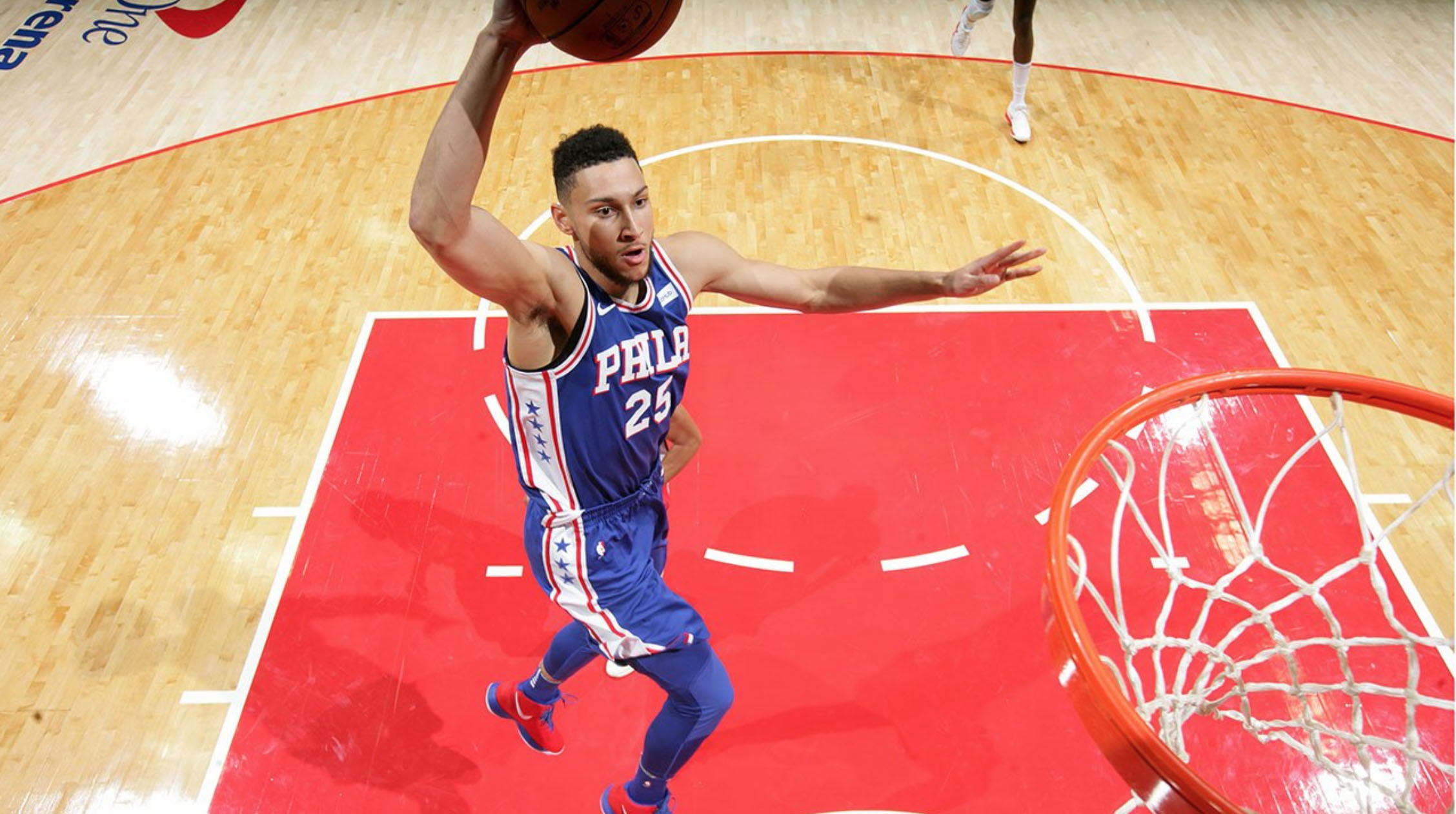 It’s the mantra that the 76ers have been preaching at verbatim over the past few seasons as their young stars sat helplessly on the sidelines.

An injury crippled franchise that has promised so much, yet delivered so little.

Three potential stars ready to step out from under their injury clouds and into the spotlight.

Simmons is the greatest basketball prospect that Australia has ever produced.

He was taken by Philadelphia at pick number one in the 2016 draft before a foot fracture ended his rookie season before it had even begun.

After a year of rehab, Simmons is ready for take two and a chance to prove his worth.

Washington, D.C. played the backdrop to the Australians debut game as the 76ers opened their season against the Wizards yesterday.

It was the first time that Simmons, Fultz and Embiid had all taken the court together in an official NBA game.

It was a glimpse of what the process could be. A glimmer of hope for a fan-base that has been crying out for a championship for 35 years.

Simmons looked right at home from the opening tip. A point guard in a 6’ 10” frame with the athleticism to match.

A quick one-two pass with Jerryd Bayless gave Simmons the step on his defender as he drove to the hoop for his first career bucket.

.@BenSimmons25 is for real! See more of him & the @sixers on NBA LEAGUE PASS! Sign up for a FREE TRIAL here: https://t.co/d0DyqQiSlK pic.twitter.com/MQoaUnyb9q

He dished out a handful of beautiful assists, cleaned up the glass and attacked the rim with a tenacity that was questioned throughout his college career.

When the final buzzer echoed around the stadium, Simmons had racked up 18 points, 10 rebounds and five assists.

A double-double in his first career game, only the second player to ever manage that feat.

The 6’ 10” rookie ran the point position, showcased his incredible court vision and only turned the ball over once in his 34 minutes of action.

“It felt like I was playing [NBA] 2K honestly,” Simmons told reporters after the game.

“It was just normal…I’ve been doing this my whole life. It’s just better players now and better competition.”

All 15 of his field goal attempts came inside the paint, however, that’s not necessarily as much of an issue as some critics claim.

The one major knock on Simmons is his unreliable jump shot. It’s a clunky release and fails the eye and numbers test.

But right now, Simmons doesn’t need a jump shot. He needs to attack the basket and utilise his strength.

If he wants to fulfil his potential and become an all-time great he will eventually need to develop a jump shot.

But in his rookie season, Simmons needs to play to his strengths and make use of his incredible length and finishing ability around the rim.

The jump shot will just be the final piece of the puzzle.

It’s a promising puzzle when you add the likes of Embiid, Fultz and Dario Saric.

But it’s still missing a few pieces, which was evident as the 76ers eventually fell to the Washington Wizards 120-115.

The young team committed too many turnovers, poor defensive efforts haunted them throughout and two blown possessions in the dying moments of the game handed them their first loss of the season.

But this season is so much more than just about wins and losses for Philadelphia.

It’s about giving their weary fans a glimpse of the future.

The road to the elusive championship still stretches far off into the distance, but there is finally hope on the horizon for the 76ers.