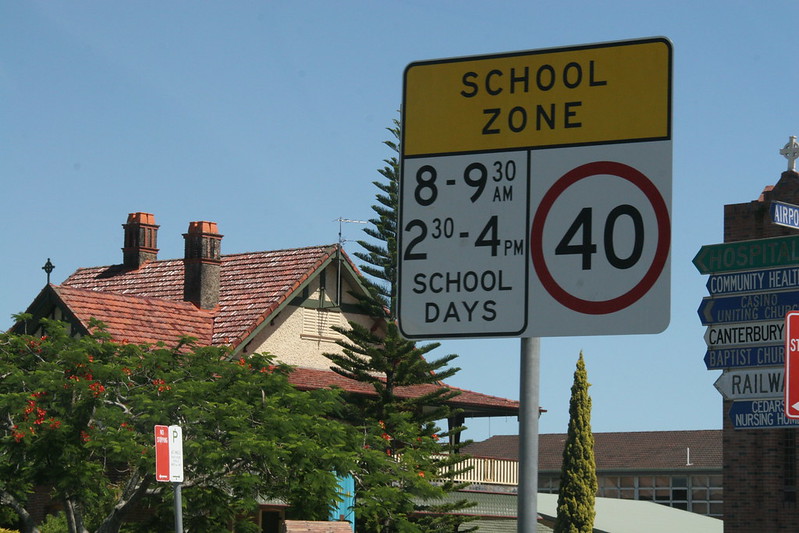 Statistics show that pedestrians make up 22 percent of all fatal and serious injuries on Darebin roads. Around 12 percent of cyclists also encounter serious crashes while riding on local streets. That is why Victoria Walks has initiated the Safer Urban Streets project.

Supported by the Darebin city council, the project aims to reduce speed limits in the metropolitan area. In fact, major speed changes are happening in Darebin city right now.

The city’s council is working on a speed reduction program to reduce current speed limits from 50 km/h to 40 km/h. Thirty percent of local streets have already received speed reductions, and the council plans to expand the project in order to improve road safety. Darebin Mayor Cr Lina Messina says introducing speed reductions on local streets has been showing improvements to both driver and pedestrian safety.

“Reducing speed is one of the quickest, lowest cost ways of quickly making streets safer for pedestrians, drivers and cyclists who are all more likely to come off worst in a collision,” she tells upstart.

“Upgrading individual roads in a municipality the size of Darebin can take years, so reducing speeds is an easy way to keep our community safe.”

Darebin city’s municipality covers 53 km2 of land with a population of 166,430 residents. It is not the largest but is regarded to be one of the busiest suburbs close to Melbourne’s CBD. After the Victorian government’s announcement of workplaces going back to 100 percent capacity in March, traffic congestion has been steadily increasing.

A recent study shows that it now takes an additional 16 minutes of travel time for anyone living in other metropolitan suburbs such as Richmond and South Yarra. The congestion happens on arterial roads while freeways remain to have a constant volume of traffic during the day. Overall, transport data in Melbourne shows a 36 percent increase in daily traffic congestion from late March this year compared to numbers in 2019. That leaves an increase of 12 minutes in travel time for trips longer than half an hour.

The Australian Bureau of Statistics (ABS) reports that 49 percent of Darebin residents drive to work, while 11.5 percent catch the train and 4.6 percent ride their bicycles. These numbers have increased along with the growth of population in the Darebin area.

Despite the busier roads this year, Senior Manager Transport of Planning and Infrastructure at the Royal Automobile Club of Victoria (RACV), Peter Kartsidimas, tells upstart that the impact of speed limits on travel times for local roads is small compared to major roads.

“Most delays that occur during regular commutes is from congestion on the road, or being stopped at lights, and intersections, rather than lower speed limits,” he says.

The role of speed reductions should only have minimal effects on traffic. In fact, Kartsidimas says only nine seconds of travel time will be added for every half kilometre driven.

At the same time, he also believes it should do the job of reducing road fatalities in Victoria. Transport Accident Commission (TAC) statistics on speed related accidents indicate that the probability of having a road casualty increases with every 5 km/h added on the speed limit.

With the recommended speed limits only impacting a small amount of time commuting to work, how do the people of Darebin city respond to this ongoing project?

Local resident Nick Komodromou from the Darebin Residents Facebook group says that while he has not heard many residents discuss the project, he believes regulations without proper enforcement will not contribute to improved road safety.

“During peak hours, everyday most people are rushing and aggressive in residential streets,” he tells upstart.

According to Komodromou, traffic has increased on his residential street, as continuous road works build the local street as a pass-through connecting to main roads. He posts records of his negotiations with the council on his Facebook page, advocating for traffic to be redirected in the best interests of residents’ wellbeing.

Many homeowners in the Facebook group believe that the speed reductions will not prevent drivers speeding through local streets with state routes still being at a speed limit of 60 km/h. One resident says that they have seen many cars continuing to drive fast even on streets with speed reductions.

As Darebin city and Victoria Walks continue to promote speed reductions, other councils have also joined in introducing new limits in their city. The Yarra city council is one of them.

The council currently has an ongoing project called “Thanks For 30”  to reduce the speed limits in Fitzroy and Collinwood to 30 km/h. This comes after a 12-month trial period was conducted in the city by Monash University Accident Research Centre showing a significant reduction in road accidents with minimal effects to traffic congestion.

“We hope that other Councils and the Victorian Government see the benefit of this, and consider using speed reduction to improve safety,” she says.

“The state government could also consider taking the lead on speed reductions on local streets across large areas of the network.”

Article: Rei Fortes is a third-year Bachelor of Media and Communications (journalism) student at La Trobe University. You can follow him on twitter @ReiFortes_86

Photo: road-signs photo by Espen Klem available HERE and used under a Creative Commons Attribution. The image has not been modified.