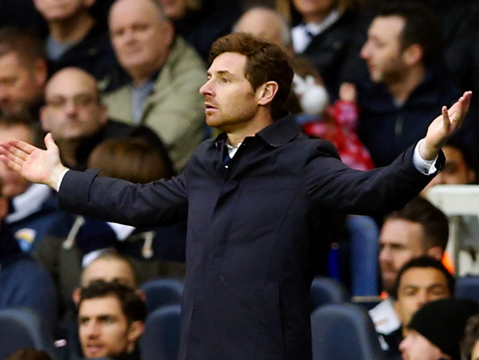 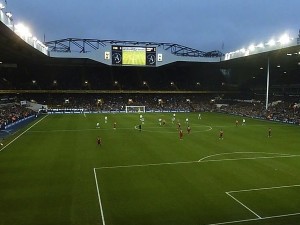 The struggle for a top four finish and Champions League qualification has intensified after Fulham held a 1-0 lead against Tottenham on Sunday (click for match report).

Tottenham headed into the fixture having conceded seven goals in two straight losses. Fulham returned to White Hart Lane having not won there for nine years, and not scored in their last four matches at the venue. It looked to be a match where the Spurs would reverse their fortunes, but they were instead shocked by a determined Fulham outfit.

While there were glimmers of hope in a number of long range efforts from an invigorated Gareth Bale, Tottenham failed to capitalise on its opportunities in front of goal and were punished at the other end shortly after half time.

It was a quick break directly off one of Bale’s attempts that enabled Fulham’s Sascha Riether space on the right wing. Here he delivered a lethal low cross to the feet of ex-Spurs forward Dimitar Berbatov, who guided it into the net for the only goal of the match.

While Manchester United sit clear atop the table, and Manchester City hold onto second place, four teams are still battling for the remaining two places in the top four.

The result leaves the Spurs sitting nervously in fourth position with Arsenal hot on their heels and Everton close behind. Six points separate all three sides, with the latter two clubs holding a game in hand over the Lilywhites.

Approaching the climax of the season, Tottenham have a difficult month ahead, facing Swansea, Everton, Chelsea and Manchester City. This tough run bodes well for the trailing Gunners, who would fancy their chances in less demanding fixtures against Reading, West Brom, Norwich and Everton.

Spurs fans will be dreading an all too familiar end of season slump, and manager Andre Villas-Boas will consider the weekend forgettable. A top four finish seemed likely, but now appears very much under threat. Villas-Boas acknowledged the team’s failure, having been in a similar position last year.

‘You can’t hide from what has happened in the past with Spurs,’ he said.

‘You can just have another opportunity to fight what is written compared to the past. It has been a difficult month for us. If we are able to find our form or confidence and win then we can end that cycle that Spurs normally have.’

Tottenham can draw some hope from last season. Despite enduring a horror run home, the side still finished in fourth position, placing them a comfortable six points above fifth placed Chelsea. It was only an inspired Didier Drogba who led Chelsea to victory in the Champions League, therefore taking Tottenham’s place for qualification into the current season.

Midfielder Gylfi Sigurdsson agrees with Villas-Boas, insisting that the players simply need to maintain confidence in their ability.

‘We just need to pick ourselves up, stay together and perform well until the end of the season,’ said Sigurdsson.

‘We showed during the season that we are more than capable. Even though (we’ve had) a couple of bad results, we won’t start doubting ourselves.’

‘It’s down to us now and we have just got to make sure we are playing the way we’ve been playing throughout the season.’

A positive for the Spurs is the in-form Bale, who has proven himself a match winner time and time again. While injuries to Aaron Lennon and Michael Dawson have forced Bale to play in behind the strikers, it could be argued that playing him on the ball is exactly what the side needs.

However, Bale’s proficiency in this area has not matched his skill left of midfield, and a move back to his original position with a full strength squad could be key to recreating forward ball delivery that has dried up in recent weeks.

The issue for Spurs in holding such a skilled player will arise after the table is decided, with particularly strong interest coming from Spanish powerhouses Barcelona and Real Madrid.

For now, thoughts regarding transfer woes must be put on hold, until the all-important qualification race is over. At present, a second straight year of on-field heartache must be the Spurs’ biggest concern.

Andrew Miller is a third year bachelor of journalism student at La Trobe University. You can follow him on Twitter: @AndrewTPMiller