There's a shortage of women in STEM industries, but what are the barriers they face? 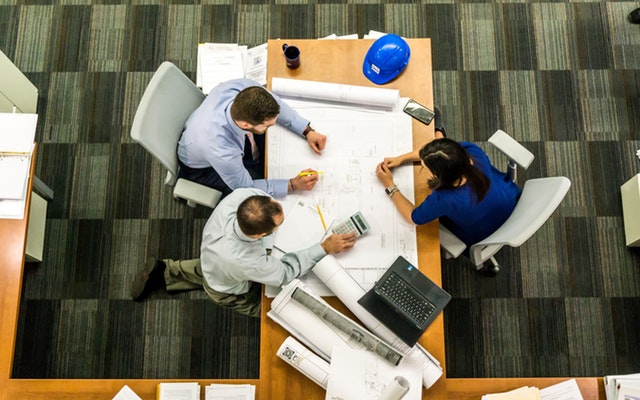 Given that only 16% of STEM-qualified people are female, one way to achieve growth would be to address this inequality.

However, the same survey found that the ability to retain and promote professional women in STEM areas may be hindered by “cultural barriers, inflexible working practices, systemic bias in advancement strategies and inequities in salary.”

For some women have pursued a career in the STEM workforce, it has certainly been a challenging journey—starting with study.

Design engineer Diana Garcia says that while completing her degree to become an electronic engineer, there was a distinct gender gap in her classrooms.

“There were around 25 males and between three to four females studying in my engineering class at the time,” she told upstart. This, however, became a source of pride.

“Throughout my studies, there was always more males than us girls. I felt proud about myself to study engineering that was considered more for males to study,” she said.

After observing  that some of her teachers and classmates felt that the males in the classroom were more intelligent, Garcia was worried that she wouldn’t get hired straight away.

“The challenges that were present all the time with some classmates and teachers was that they all believed boys were cleverer than girls, and some males believed they had the right to decide in some study groups and assignments over the females’ opinions,” she said.

“Also, now and then they (males) made some jokes and offensive statements about gender.”

Masters of Nanotechnology/ Bachelor of Science (Honours) student Kate Indian faced similar issues in the classroom due to a gender imbalance she can’t quite understand.

“My course is not easier or more advantageous for a male, so I don’t understand why there are so many more males than females,” she told upstart

“At times this made studying very difficult, as many of the guys would only help each other out and dismiss the women.  I recall many times where a guy has posted to the subject forum and got answers from peers instantly, and other times where women post and don’t even get a response, let alone the same day.”

According to Women in the STEM Professions Survey Report conducted by Professionals Australia, 37.9 percent of respondents said they felt like they had to “become one of the boys” if they wanted to “fit into” their workplace. This was the case for Diana Garcia.

“Once I completed my studies, I found a job where 50% of my classmates (all boys) worked, which was great, however, I was not surrounded by any professional women, making me feel like the outcast in the work environment,” she said.

This was not the only professional hurdle Garcia encountered as a female. Later, she became pregnant and needed to take maternity leave.

“An ongoing challenge within my career is having a successful work/ life balance. The time I’ve been off from work for maternity leave or care leave is then when my professional development has been interrupted, and of course males have used that as an opportunity to surpass me,” she said.

The Australian Bureau of Statistics found in 2016 research that men may have a higher level of job security as as they are slightly more likely to have paid leave entitlements.

For Garcia, her main barrier was her worries and stress of being a mother. If she chose her home life, she feared her professional path would suffer, and vice versa.

A Women in the STEM Professions Survey report also discovered 70.3 per cent of respondents said that taking maternity/parental leave was unfavourable to their career.

“I did not want to miss out on upcoming professional development, as I had completed too many years of study to get to where I am today…”

That being so, it was no secret I would choose taking time off to care for my home life over being able to stay back those extra hours,” she said.

Being a female in the STEM workforce has been somewhat challenging for Garcia, however, she does not discourage females from pursuing a career within this industry.

“I believe we as girls can do everything, we are totally as capable as men. The number nowadays of women working in the science, technology, engineering and mathematics is that some time before, and I hope it keeps aiming to move forward.”

“Although there aren’t many, most of the females in my classes excel and are some of the best students. We need more female representation in science.”

Indian’s highest achievement of her career to-to-date consisted of working together with a strong group of women who all achieve 95+ marks for the semester.

Indian advises that young females studying STEM courses should continue to strive for success, regardless of the minority of female representation.

“Work together with other ambitious women in your classes as well as men who are respectful and helpful,” Indian told upstart.

“Do not work with men who only respected you after you ‘proved yourself’ because you shouldn’t have to. Strive to do the best you can.”

Sarah Ramantanis is a third-year Bachelor of Media and Communications (Journalism) student at La Trobe University. You can follow her on twitter @sarahramantanis