The cyclist has won several competitions, and aims to compete in the Great Southern Course 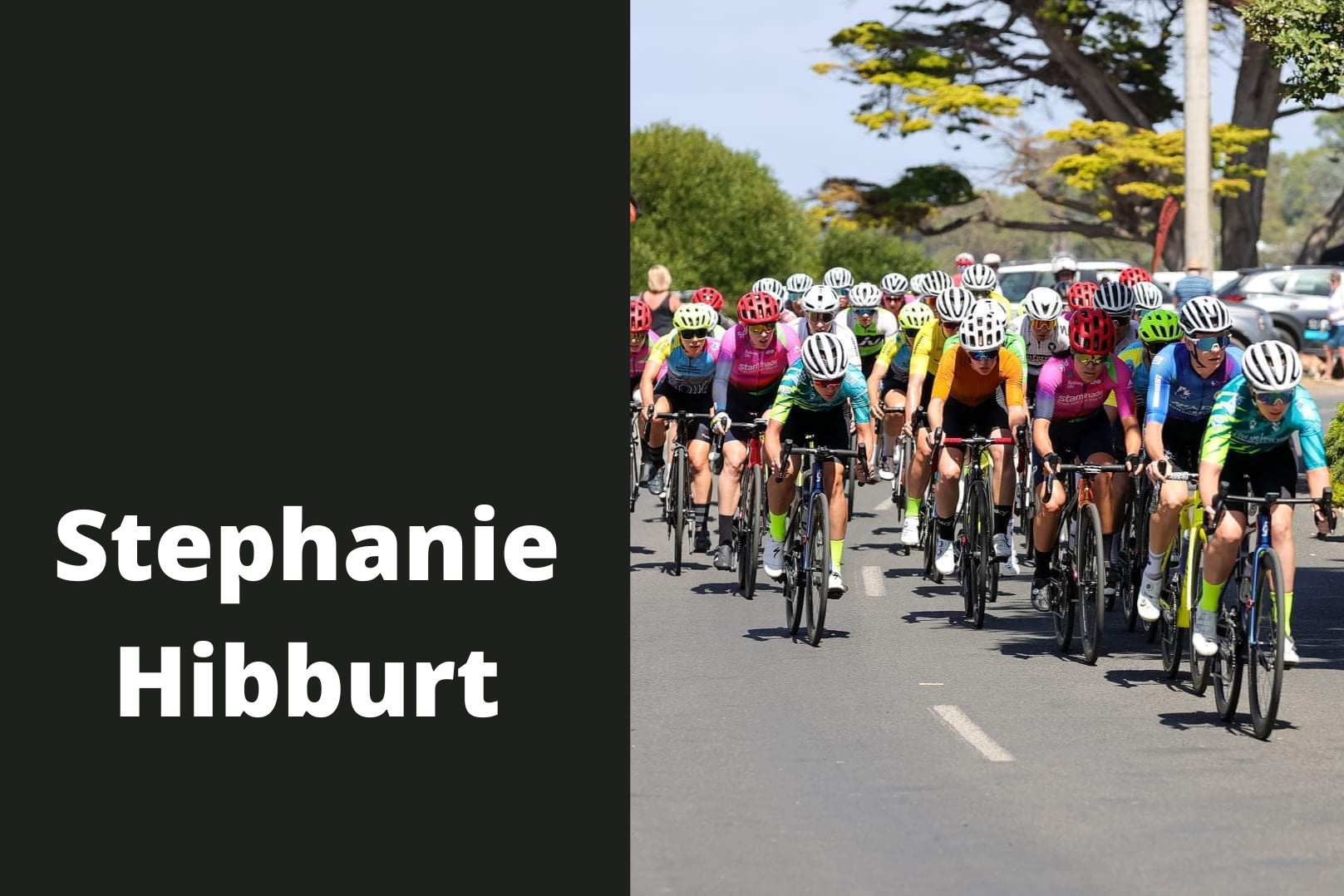 Stephanie Hibburt was always on her bike, but it took some external encouragement for her to get serious about it. That came in the form of Shannon Malseed, the 2018 Nationals Champion, who kept encouraging her at the café that Hibburt worked at in Port Campbell.

“She was a huge mentor, motivator for me, because I would tell her how much I enjoyed riding and all this sort of stuff,” Hibburt said.

“She was like, ‘why are you here? Why don’t you go get a coach, and why don’t you do this race?’ And I guess she was giving me the confidence to take the next step.”

Hibburt has always had a road bike and it was something that has always been a part of her family. Her parents were always on bikes keeping fit and her brother is also an elite-level cyclist.

“My parents have always done it just as their sport to keep fit. And then all us kids have had road bikes since we could ride on the road. My brother is an elite cyclist as well, being a couple of years younger than me,” Hibburt said.

But it wasn’t cycling where she got her competitive start, she actually started doing triathlon races which mixed some of her sporting talents together.

“We’re always into a lot of different sports, like in the surf club as well. Triathlon, swimming, everything,” Hibburt said.

Before becoming an elite level athlete, Hibburt competed in club races but it was only recently that she decided to take cycling to a professional level.

The cyclist has competed in and won various races but to her, the greatest cycling achievement was competing in the first Women’s Melbourne to Warrnambool race, which is roughly 160km.

“I didn’t win or anything, but I just felt like I’ll cherish that memory forever, because I was one of the first-ever women to compete in one of Australia’s biggest races,” Hibburt said.

“This course has given me an excellent opportunity to be able to balance studying cycling for the next couple of years, and really do my best to compete at a national level in cycling. And then, in seven years, I’ll be a doctor,” Hibburt said.

Hibburt is someone who loves to be organised and being an elite athlete means that being prepared for a big race is key to performing well. Luckily, she has the support from her family and coach that she needs.

“I think I’ve got a great support network around me like my parents and my siblings helped me out, my partner helps me, and my coach is really good. And I’m also someone who likes to be organised as well,” Hibburt said.

But pre-race preparation for the cyclist isn’t just the day before the race. Hibburt and her coach plan for a year in advance and the week before a race is when she will begin carb-loading and begin her mental preparation.

But the next major cycling goal for Hibburt is to tour the Great Southern Coast which is a seven-day tour, and it will be the longest competition she has raced in.

Michael Usatov is a second-year Bachelor of Media and Communication (Sport Media) student at La Trobe University. You can follow them on Twitter @RealMichaelU. [677]

Max Davies is a second-year Bachelor of Media and Communication (Sport Media) student at La Trobe University. You can follow him on Twitter @maxdavies021.

Madeline Naumovski is a second-year Bachelor of Media and Communication (Marketing) student at La Trobe University.

Jonathan Perilli is a second-year Bachelor of Media and Communication (Marketing) student at La Trobe University.