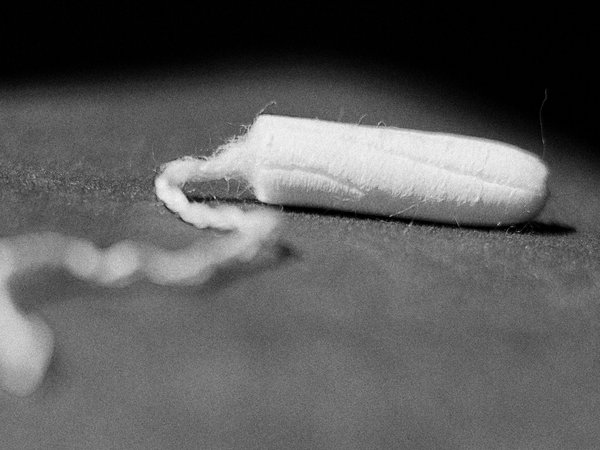 According to Australia’s tax system, pads and tampons are luxury items.

Condoms, lubricants, sunscreen and nicotine patches, on the other hand, are classified as important health goods and are exempt from tax.

Tampons and other sanitary items do not fall in the same category and are deemed unworthy of subsidisation.

Since the Goods and Services Tax (GST) came into operation in mid-2000, women have been taxed an extra ten per cent on pads, tampons and other sanitary items.

According to the Australian Sex Party, these luxury items raise more than $14 million in tax revenue every year. Every menstruating woman who purchases these products contributes $1,000 to the tax over her lifetime.

Sex Party President Fiona Patten has called on the prime minister to either scrap the tax or invest the GST revenue into research into ovarian cancer.

“Blood, cramps, PMT, strings, plastic wrappers, there’s nothing luxurious about the whole thing,” she said. “With a menstrual cycle every month, 12 times a year for 30 to 40 years, this tax is something women are constantly reminded of. It is a tax on sex and gender and I encourage all women to vote against it.”

John Howard was prime minister when the GST was introduced. He defended the tax on tampons, saying it would mount an argument to take tax off a number of products.

Former Federal Health Minister Michael Wooldridge was also opposed cutting the tax on tampons. “As a bloke, I’d like shaving cream exempt, but I’m not expecting it to be,” he said.

The average price of shaving cream in Australia is around $3 per 100 grams.

Boxes of tampons can cost anywhere between $3 and $10, depending on the brand.

There are alternatives to conventional sanitary items sold in supermarkets, but these are also taxed at ten percent. Contraceptive pills, which are sometimes used to control periods, can be expensive to purchase in Australia.

Miranda Stewart, Director at the Tax and Transfer Policy Institute, tells upstart that there should be no exemptions in the GST.

“To make the GST work properly and raise revenue for the government, it really should cover as many goods and services as it can,” she says. “Every time you have an exemption, you draw lines that, as you can see, may not be that plausible or fair.”

Despite not agreeing with the existing exemptions, Stewart says that she can see why some items were chosen to be tax-free.

“Condoms are used to prevent STIs and unwanted pregnancies, sunscreen is intended to prevent skin cancer – you can make a case for each of these items being exempt because they prevent illness,” she says.

This reasoning isn’t enough to convince many women that the government should be able to profit from their menstruation.

Subeta Vimalarajah, a university student from Sydney, has created an online campaign called Stop Taxing My Period. The campaign, which is directed at Treasurer Joe Hockey, has more than 87,000 signatures so far.

The ‘Stop Taxing My Period’ petition has collected 30,000 signatures and counting… http://t.co/SjgHWFOr6Q pic.twitter.com/e95rlpciFp

“People who get periods don’t buy pads and tampons for pleasure, so why are we forced to fork out an extra 10 per cent every 2,3,4 weeks? Taxing Australians for getting their period isn’t just sexist, it’s fundamentally unfair,” Vimalarajah said on the website.

“I am constantly confronted with how many people are living below the poverty line and struggling to cope with basic costs. For the 10 million Australians who will menstruate in their lifetime, getting your period isn’t just inconvenient and annoying – it’s expensive,” she said.

A similar petition, Axe The Tampon Tax, was created by Sophie Lily from Perth two years ago and received more than 45,000 signatures.

Menstruation affects almost every woman in the world. The majority of women can afford tampons and pads when it comes around to that time of the month regardless of the tax, but there are also a lot of women who can’t.

A recent campaign in the UK, #TheHomelessPeriod, is addressing what it’s like for homeless women to menstruate. The initiative is encouraging homeless shelters to provide pads and tampons just like they provide condoms.

Tampons and pads may not prevent illness, but every month they play a crucial role in women’s lives. Condoms, sunscreen and nicotine patches are all important health goods, but they’re not the only items that offer necessary protection.