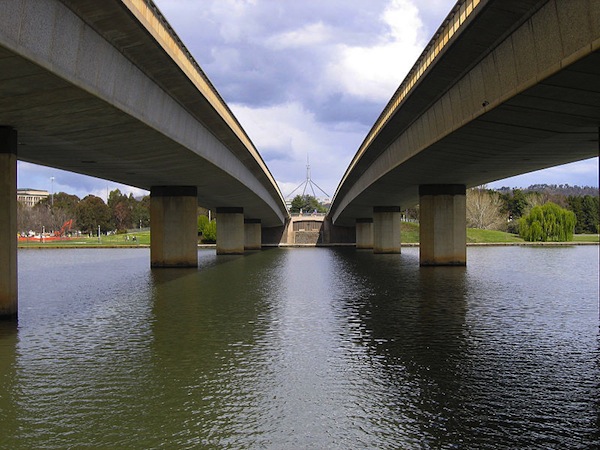 It’s cold and rainy outside as I step into Senator Gavin Marshall’s neatly furnished office, he’s welcoming and laidback as we take a seat at his desk.

“Miserable morning,” he says, looking at my wet jacket sympathetically.

Nonchalantly positioning himself on his desk-chair, he is clearly relaxed and confident. He adopts a conversational tone and tells me he isn’t afraid to vocalise his opinion, even if it makes him “unpopular with his colleagues.”

A member of the Australian Labor Party since 1977, Senator Gavin Marshall was first elected to parliament in 2001 and is currently the Chair of the Senate’s Education Employment Workplace Relations Committee.

Prior to politics, Marshall was an electrician for the Victorian Railways, which lead him to become a member of the Electrical Trade Union, where he was promptly promoted to Assistant Secretary.

He became interested in politics during the Whitlam era and has vivid memories of attending a rally in the city with Gough speaking.

“It inspired me on so many levels, I wanted change and to make things better,” he said.

Describing this period as very exciting, Marshall recalls leaving school the day Whitlam was sacked: “I ran home and told my mum, she said ‘That’s impossible you can’t sack a Prime Minister!'”

Following Whitlam’s dismissal, Marshall was inspired to get involved with politics and subsequently joined the ALP.

It comes as no surprise that the former ETU Assistant Secretary cites Whitlam as his formative political influence, and advocates doing things “outside the norm” – provided they are a stepping-stone to universal equality and social justice.

Highlighting Marshall’s desire for equality is his adamant defence of gay rights. In September last year, he co-sponsored a bill to legislate same-sex marriage. Declaring passionately, “There’s NO argument to continue on discriminating against individuals who seek to make a public commitment to each other about their love!”

He argues that marriage at its most fundamental level is based on “love, commitment, responsibility and respect”, a view that is supported by two-thirds of Australians and a definition that “easily encompasses same-sex partners.”

Although the bill was defeated 46 votes to 21, Gavin says it’s inevitable same-sex marriage will be legislated in the near future. When it’s all said and done he feels he’ll be on the “right side of history.”

Since his late teens, Gavin has been outraged by the inequity in our society.

He recalls being horrified when he learnt where the wealth in the country sat; with a very small percentage of people who owned roughly 95 per cent of the country’s riches.

“These things made me angry”, he said. “I wanted to be involved with working people getting their fair share of Australia’s wealth.”

Striving to provide an equality of access to services for the working class, Gavin detests that money can buy a privileged service.

“In a society like ours it shouldn’t matter about your background and how much money your parents have or how wealthy the area you live in is. It’s the capacity of every individual to be fulfilled, which is important,” he asserts.

In his first speech to the Senate in 2001, Gavin said Australia was lagging behind the rest of the world in its support for working class families.

Whilst he feels his government have ameliorated this situation by implementing a much better, fairer and flexible system in workplaces than ever before, there’s still work to be done.

“It’s an ongoing process, a battle and struggle to continuously do better,” he said.

Creating a “smart society” sits atop of Marshall’s to do list and he feels that education is the cornerstone in the pursuit for fairness and equality. The first step: to remove the inequity held within the education system.

“A kid from a poor family should have exactly the same opportunity to excel in education or any other field as someone from a wealthy family,” he said.

The emphasis Gavin places on education compels him to be vehemently critical of the recent TAFE cuts announced by the Victorian Government.

Similarly, Gavin is disappointed the Federal Government has had to cut funding for Australian universities under the Gonski Package Measures. “As a general rule, I’m all about increasing spending in education,” he said.

Going hand in hand with Gavin’s mission to create an egalitarian society through the proliferation of universal education, is his mission to end the inhumane treatment of asylum seekers.

As a staunch defender of human rights, Gavin is “bitterly disappointed” with the Labor Party’s current asylum seeker policy.

“Those that seek asylum should be welcomed and we should assist them and process them without detention and we should do it on the mainland,” he argues.

In saying this, Marshall defines politics as the art of compromise. Whilst he engages in debates and discussions to push his progressive viewpoint, he understands that he’s a part of a collective party and will vote in favour of the party’s policies, even if he morally rejects them.

As for the future, Marshall will continue to champion the ideals of social justice and equality.

However, for the time being he wants to focus on getting re-elected at the up-coming election – as the thought of having a Tony Abbott lead government “simply terrifies” him.

Nick Harrison is a second year Bachelor of Journalism student at La Trobe University. Follow him on Twitter @HarroNick