The state discus champion has his sights set on the next Commonwealth Games. 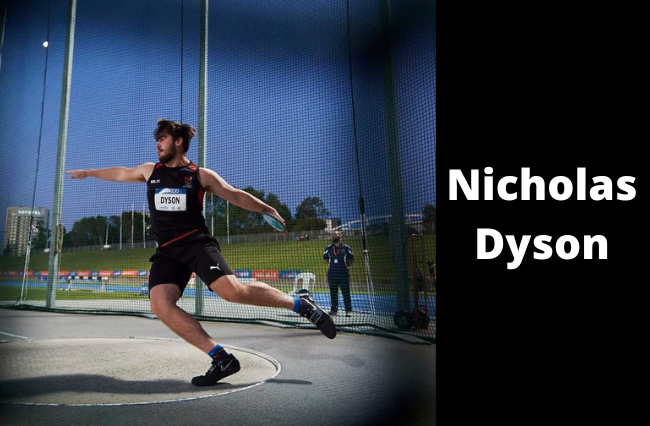 After being told he has “the worst discus throw ever seen”, Nicholas Dyson never would have thought that he would one day be state discus champion. But the twist to his start probably made him more competitive.

Dyson initially tried out when a friend, an 800m runner, said there was a throwing coach and that Dyson should check it out.

“At the time I was just playing a bunch of video games and doing other casual sport and decided, I’ll give it a try,” Dyson said.

It was after his first session that coach, Gus Puopolo, told him he was the worst discus thrower he had ever seen in his life, and that someone had sent him there as a joke to test him.

This first experience left Dyson with a chip on his shoulder. So he quit all of his other hobbies and started training twice a day.

“I don’t think I took that very well at all,” he said.

“I then started training six days a week, every single week, for the last seven and a half years. I think a lot of it was, ‘hey I’m going to do it anyway because he said I couldn’t.’ I’ve always been pretty competitive.”

A standard week sees him complete 12 training sessions over six days, and he is reaping the rewards.

“I came third at the national championships this year…that was the big one,” he said.

In addition to his training schedule, Dyson has also studied full time at La Trobe University for the past four years. He has a Bachelor of Commerce/Law and is currently completing his honours in law with an optimal balance of school and work.

“For me it’s mostly been a case of ‘what do I need to do?’ and ‘how do I need to get it done?’ and then just planning out my time accordingly,” he said.

“Most of my uni athletics has come first. But in saying that I still manage to maintain pretty good grades and pretty good results.”

Despite the success in athletics and studying, Dyson’s life story at the age of 23 is far more interesting than just that. His vast range of interests have given him many intriguing jobs over the years.

“I was playing video games competitively like eight to 10 hours a day. It was mostly League of Legends. I played that competitively for money,” he said.

Dyson has also played semi-professional poker since he was 18.

“Historically, I played on behalf of someone else. I played with their money for a percentage of the profit – effectively as a job.”

Once you add professional gamer, big-time poker player, a small stint as a glazier and non-profit work in cyber law to his flourishing discus career, Dyson already has one of the most interesting stories among any athlete.

His mindset does not allow him to be satisfied, however. Dyson remains completely motivated on his discus journey with training set to take a change in hopes of achieving his future goals.

“The ultimate goal for me… give it my all to try and make the 2026 Commonwealth Games, especially because it is in Melbourne. I am going to do everything I can to try and get there and be competitive in Australia.”