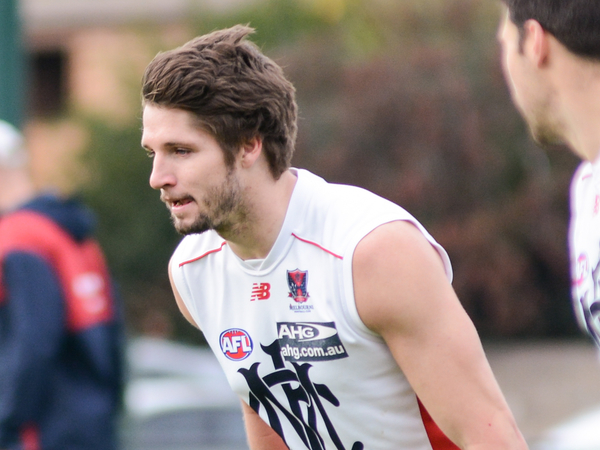 When then struggling Melbourne midfielder Brent Moloney told the club he was pursuing free agency in September 2012, the AFL world predicted the floodgates would open.

But little did it know how constant contract rumours would impact the media coverage in the lead up to the free agency window at year’s end.

As news of young Demon hero Jesse Hogan putting off negotiations with the club until his current contract expires, Victorian media has entered a frenzy discussing whether another loyal soul will be lost to the devil that is fluid player movement.

Frequent trading, free agency and players nominating preferred club destinations had little to do with the AFL until recently.

Australian Rules was historically a loyal sport, where it was considered admirable to be a one club player, forever adored by one set of fans and welcomed back to into club land long after retirement.

Unlike other international codes, AFL clubs did not accept one of their own walking out on the team for money or in search of success.

Free agency has changed this mindset and dominates headlines, with players rejecting deals presented by their current clubs or putting contract talks on hold until the end of the season.

Cue the hysteria over Jesse Hogan’s contract. Why would he sign a new deal now? His value is not going south any time soon. Smart decision.

Each year there are big names refusing to sign new contracts before their old ones expire, and it began before free agency entered the system.

Favourite Geelong son Gary Ablett was the hottest property in 2010. Coming off a Brownlow winning season the year before, Ablett was also the competition’s most dominant player for three years prior.

From day one of the 2010 season, the league’s newest expansion club, Gold Coast, had their sights on him and rumours ran wildly among AFL circles until the day he signed the dotted line to join the Suns as their inaugural captain.

2011 saw Melbourne’s prized number one draft pick, Tom Scully, suffer the same fate with the then 20-year-old accepting a large sum of money to join the GWS Giants.

Travis Cloke and Brendon Goddard dominated headlines in 2012 until Collingwood threw the bank at Cloke and Goddard crossed to the Bombers searching for an elusive premiership.

It was Lance Franklin’s turn during the Hawks premiership winning 2013 season, while James Frawley and Patrick Dangerfield went down the same route during the 2014 and 2015 seasons respectively.

These players didn’t cause headlines occasionally, it was so regular and season long that AFL fans and media people should be used to daily talkback radio, TV and newspaper columns on the issue.

Yet media moguls dislike the idea of sport being taken away from the on-field battles and towards the behind-the-scenes politics.

What’s different in Hogan’s case is his contract expires at the end of 2017, making the news stories a bit premature in the AFL world.

However, when a player of Hogan’s calibre refuses to begin negotiations, it raises the question of his club’s security as an employer, the player’s monetary worth and what other clubs would suit his talents – all of which warrant further updates.

But the fact pre-season mode has recently kicked off and the sport is played on weekends means there needs to be content to fill the airwaves and newspaper columns mid-week.

Essentially, the sheer number of media covering the biggest sport in the nation outweighs the demand needed to cover the action between sirens.

The rest are forced to find alternate stories to fulfill the needs of their employer.

Hogan’s contract situation will continue to headline news reports until he decides where his future lies.

It’s going to be a long 20 months, but the AFL community has faced this kind of ongoing narrative before. It should be accustomed to it by now.

Robert Beaton is a third-year journalism (sport) student at La Trobe University. You can follow him on Twitter: @BobbyBeaton16.