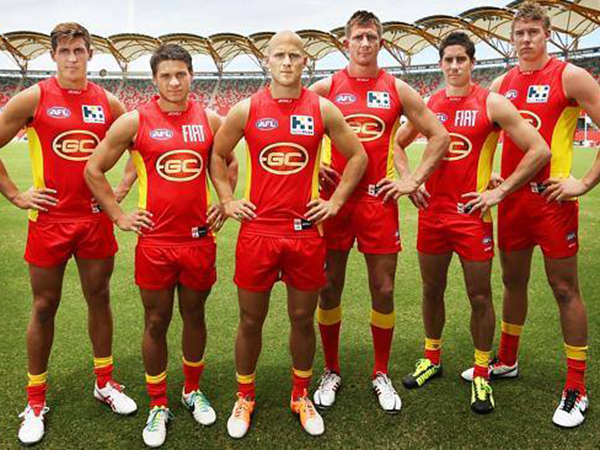 For many, including the Sun’s Chairman John Witheriff, the presence of a footballing superpower on the Gold Coast was somewhat of inevitability.

Witheriff was so confident in the bright future of the Suns that during 2012 he forecast a premiership for the club by the end of the 2015 season.

Ten rounds into that season earmarked for success, the Suns are floundering at the foot of the ladder with a 1-9 record.

The wheels have fallen off the Gold Coast in a rapid and spectacular manner and the club that seemed destined for so much success has won just four of its last 23 matches.

So what has gone wrong for the Suns?

The impact of the injury plague that has hit the fledgling franchise cannot be discounted. The current injury list tells a sorry story for the Suns.

Of the top five finishers in Gold Coast’s 2014 best and fairest count, four are currently sidelined with injury.

Eight of the top ten finishers have missed games this year through injury, while Michael Rischitelli is the only player of the group to play all ten games so far this season.

These top ten best and fairest finishers have also been joined in the medical room by leadership group member Nick Malceski and young guns Jack Martin and Charlie Dixon. The trio has missed six, three and three games respectively due to injury.

The poor-health of the team’s best players has exposed an alarming lack of depth in the young team.

Although any team would struggle to cover the startling injury toll dealt to the Suns in recent times, questions concerning the Suns depth are well-founded.

The Gold Coast reserves went winless last year in a NEAFL competition which has historically been weaker than other state competitions.

Rumors concerning disciplinary issues and a lack of professionalism, which were previously overshadowed by the Suns forward progress, have seemingly caught up with the club.

The 2015 season has seen the Suns face a crisis unlike any other in its short history, with six players serving time on the sidelines as a result of club-imposed suspensions.

Danny Stanley, Harley Bennell, Trent McKenzie and Brandon Matera were suspended for one match each in May after breaking a club-imposed alcohol ban.

That incident was followed by news last week that Charlie Dixon and Jack Martin had also been suspended for alcohol related transgressions, which occurred on the night before the team faced-off against Hawthorn in round nine.

Captain Gary Ablett spoke of his disappointment in a press conference on Wednesday, saying that there had “been a little bit of inconsistency with the way [the Suns] handled things” during past seasons.

“The team has met and our view is that these unacceptable and unprofessional behaviours must end,” he said.

The Suns also had a tumultuous pre-season after former player Karmichael Hunt was embroiled in a drugs investigation and pleaded guilty to possession of cocaine.

Despite having switched codes to play rugby union, the offence occurred at a time when Hunt was still contracted to the Gold Coast.

The average age of the Gold Coast list is just less than 23 years old and the raft of off-field issues can be attributed to the absence of the guiding influence of a strong veteran leadership presence.

The Suns’ attempt to infuse its squad with a veteran presence for its first year in the AFL was dismal failure and the club is yet to recover from the poor free-agent additions.

Of the eight free-agents signed prior to the 2011 season, only three, Gary Ablett, Michael Rischitelli and Jarrod Harbrow, remain at the club.

Harbrow is a softly-spoken and reluctant leader, and it was reported that he declined a place in the 2015 leadership group despite being voted in.

The Suns failed to recruit players of the right character to imprint a successful culture on a young and impressionable group, with many of the aforementioned eight players failing in this task.

One such player, Campbell Brown, played 46 controversial games for the club.

The former Hawthorn hard-man was removed from the leadership group after being involved in a Thailand bar-fight during 2011. Two years later, Brown was back in the headlines after breaking the jaw of teammate Steven May during an off-season fight in Los Angeles.

Nathan Bock came to the club after pleading guilty to twice slapping his girlfriend and throwing a drink in her face in an Adelaide pub during 2009. A broken leg suffered in 2012 saw his time at the Gold Coast restricted to just 27 games.

Jared Brennan’s time was limited 54 games which never reached great heights, while Josh Fraser and Nathan Krackouer combined to play just 31 games for the club. Krakouer walked out on the Gold Coast after just one season citing “personal reasons”.

The deep hole within which the Suns find themselves can be attributed to injury, a lack of depth, ill-discipline and poor use of free-agency.

Despite the doom and gloom, the young list has enough top-end talent to turn things around quickly. For this to happen, the Suns will need all hands on deck and a wholesale commitment to improving the team’s professional standards.

David McPherson is currently in his first year of a Bachelor of Media and Communications (Sports Journalism) degree at La Trobe University. You can follow him on Twitter: @dpmcpherson10.