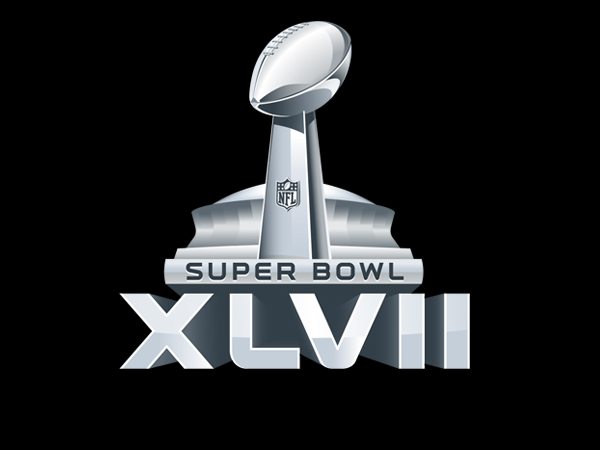 Next Monday the San Francisco 49ers will play the Baltimore Ravens in Super Bowl XLVII for the Vince Lombardi trophy and with all the pre-match hype, speculation, trash talk and Ray Lewis’ preaching, the game itself almost gets forgotten about.

The two major elements of the Super Bowl XLVII drama is the impending retirement of the Raven’s Ray Lewis, and the battle between the two head coaches, John and Jim Harbaugh — the first two brothers that have competed against one-another as NFL head coaches in a Super Bowl.

Super Bowl XLVIII was dubbed the ‘Harbowl’ on Twitter just moments after the Raven’s defeated the New England Patriots in the AFC Championship, when John Harbaugh booked a place for his side against brother Jim and the 49ers.

Jim Harbaugh, Head Coach of the 49ers, is prone to throwing a super tantrum on the sidelines, especially at dubious calls from the referees.

Brother John however is slightly more restrained, and sent this message to Jim at halftime during the AFC Championship. This is probably the last of the niceties expected between the two in the lead up to the game.

Ray Lewis (pictured below) has been the leader of the Ravens defence for the last decade and has continually proven himself as one of the NFL’s greats. Lewis has already won one Super Bowl ring and MVP in 2000, when he led the Ravens to a 34 – 7 win over the New York Giants, but will he cap off his time in the NFL with another championship? 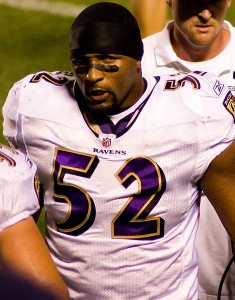 To his teammates and supporters, Lewis is an inspirational, determined and possibly divinely-supported linebacker, whose fortunes have often been mirrored by Baltimore.

To his opponents and critics, Lewis is over-the-top, obnoxious and a criminal.

And at the end of this year’s Super Bowl, the final curtain will fall on Ray Lewis’ colourful, entertaining and successful career.

In case you’d fancy seeing the game in person, tickets are available and start at a mere $2,500 each, which is probably about the cost of the return flights from Australia alone.

The safest bet for catching it all is on free-to-air station One HD, which will show the entire game live, or on pay-TV channel, ESPN.

How they’ll win it:

The key for the Ravens is to stop the 49ers supreme running game. Between running backs Frank Gore, rookie LaMichael James and quarterback Colin Kaepernick, the 49ers have one of the NFL’s fiercest rushing offences.

The man to lead the shutout of the 49ers rushing play is Ray Lewis. Whether or not you like his off-field persona, Lewis is the undisputed guiding light of Baltimore’s defence, who has inspired what was an average defence during the regular season to looking supreme, after he announced that this season would be his ‘last ride.’

The Ravens made New England’s talented rushing game look completely insignificant in the AFC Championship, allowing just 97 yards in 25 carries. That kind of performance will need to be repeated if Baltimore is to bring the Lombardi trophy back from New Orleans.

How they’ll lose it:

While the Raven’s defence is undoubtedly good – both against the running and passing offences – they will need Flacco to step up to the elite level that many believe he is capable of. To do this, he needs to get early points on the board for his side. Ray Lewis and the defence can’t be relied on to keep San Francisco quiet until the third quarter, with Flacco struggling to hit his targets and moving the ball up field.

San Francisco will be ruthless and if Flacco falters, then it will cost his side dearly.

How they’ll win it

San Francisco had the second best defence in the league for points conceded, allowing only 273 points at an average of 17.1 per game. The defence chiefly revolved around linebacker Patrick Willis, who is drawing comparisons in both his play and leadership to Ray Lewis of the 2000 Super Bowl winning-era.

The 49ers pass and rush defence was the fourth best in the NFL during the regular season. San Francisco allowed just 1,507 rushing yards at an average of 94.2 per game, as well as conceding an average of just 200.2 passing yards.

While Willis is likely to marshal the 49ers defence to success, the offence needs to continue its playoff success along the ground, especially when taking on a Baltimore run defence that’s allowing 128.3 yards per game in the playoffs.

In support of Kaepernick’s bursting runs is the ever-reliable Frank Gore, who has carried 44 times for 209 yards and three touchdowns in two playoff games. He is the key man that the Ravens will fear.

If the 49ers can burst through the Ravens with a mixture of runs from the backs, scrambles from Kaepernick and the same efficient passing game shown in Atlanta, then San Francisco may well win its sixth Super Bowl in six attempts.

How they’ll lose it:

The 49ers pass defence was shredded early on by Matt Ryan, who completed 211 passing yards in the first half. While the 49ers tightened immensely in the second half, a slow start to an in-form Flacco could spell disaster – if the latter throws as well as he did in the second half of the AFC final.

San Francisco’s defence is very good – they cover well, hit hard and are well organised, a lot like the Ravens’ defence that won the 2000 Super Bowl.

If the 49ers fail to shutdown Flacco’s offence and allow Kaepernick time to get points on the board, they could be in serious trouble.

The 49ers other area of concern is the seriously poor form of kicker David Akers. While Jim Harbaugh has expressed his faith in the struggling kicker after the NFC final, doubts over Akers ability – especially in the clutch – are abound. Akers has missed 14 field goal attempts this season, including a shot from 38 yards that hit the post and rebounded out against Atlanta. NFL kicking consultant Gary Zauner thinks it’s all in Akers’ head (literally), but for 49ers fans, an overtime field goal attempt would be their least preferred avenue to Super Bowl glory. 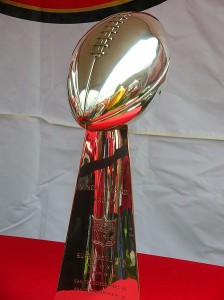 If divine intervention and sheer luck dictate football games, then the Baltimore Ravens would have this game already sewn-up. Yet San Francisco will be the Ravens biggest challenge yet, and the double threat of Kaepernick will cause a number of headaches.

Both sides have quarterbacks who have upstaged previous-MVPs in these playoffs, yet have often taken their time in truly firing in the passing game. The Super Bowl could be decided by the quarterback who gets it going early, and puts quick points on the board.

That being said, both sides have shown their comeback abilities, and anything less than a two-score lead at half-time will not be insurmountable.

Expect a close and possibly cagey first half of the game, which explodes in the second, with a number of touchdowns.

While the Ray Lewis retirement circus has taken the Ravens beyond adversary and through would-be oppressors, the 49ers stout defence and booming qualities of Kaepernick should ultimately be too much for Baltimore.

Shane Palmer is a Bachelor of Journalism graduate from La Trobe University. You can follow him on Twitter: @SDPalmer12