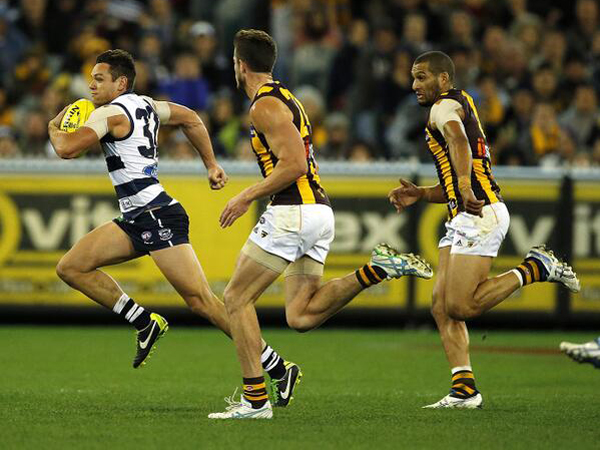 The AFL finals series is a unique season in itself. In a sense, it is disparate from the regular season, largely because the natural order of things no longer applies.

In an environment where the stakes are higher, winning can come down to simply who’s more hungry rather than who’s more polished.

With Hawthorn finishing first again, there are two other teams: Fremantle (third) and Geelong (second), who harbour ambitions of following in Sydney’s footsteps from last year and claiming an upset victory on Grand Final day.

Indeed, the Swans themselves, who finished this season in fourth spot, are the other club vying for the ultimate honour again in 2013.

Taking into account their form and the fact that they will approach the finals series from the periphery, their chances of going back-to-back appear slim at best. However, if any team was to legitimise claims that September ambitions can tune a team up – help them switch another gear – and bring out their best football, it’s John Longmire’s men.

When emphasis is placed on Sydney’s home and away season results last year, their Grand Final victory appears as if they performed the grandest of heists.

The Bloods finished third on the ladder, yet, when it reached the end of September, Sydney had been the superior team over the finals run and that chasm, that seemingly existed between the two sides, had been rendered utterly superfluous come the last siren on Grand Final day.

This year there are four sides who will reflect on Sydney’s triumph last year, all aware that if they are ambitious and hungry enough, ladder positions are quickly thrown out the window.

Sydney failed to defeat any of the other three teams who finished above it during the set fixtures this year, but given its best football arrived in last year’s finals, it would be foolish to rule out its chances this time around.

Furthermore, it remains the number one side in the competition for tackles, contested possessions and stoppages, indicating that its qualities have not subsided as much as its ladder position suggests.

Similarly, Fremantle, who failed to defeat any of the other top four sides in the home-and-away season, should also not be written off so easily.

Ross Lyon’s famed game-style, which can blight and negate even the most ostentatious teams, has been on display all season and means that his side can be considered this year’s dark horse.

Fremantle’s round eight draw with Sydney in particular, demonstrated that it can take away an opponent’s most pronounced strengths; winning the tackle and contested possessions counts – two previously mentioned statistical areas that the Swans have dominated for the last two years

However, Geelong remains Hawthorn’s most obvious challenger on the eve of the finals, finishing runners-up and appear the most likely team capable of mirrorring Sydney’s feat in 2012.

Victorious in their last 11 encounters against the first-placed Hawks, the Cats’ record could continue to carry weight deep into September.

Moreover, they were not defeated by another team in the top four this year – only consistency and a lack of concentration late in games has prevented them from securing top spot.

Contrary to the belief that the disparity between Hawthorn and Geelong is down to a phenomena known as the ‘Kennett curse’, the reality is Hawthorn, Sydney and Fremantle have all struggled to contain Geelong’s speed and spread this season. A jack-of-all-trades, Chris Scott’s men rank highly in most key statistical areas, indicating that they play a versatile style of game difficult to match up against.

But even with all that said, Hawthorn remains favourites again for a reason.

Its minor premiership is indicative of its consistency, and considering some of the household names currently donning the club jumper, it is understandable that Hawthorn has been considered the competition’s best side for nearly two years.

This year it has had few problems dispatching Fremantle and Sydney, winning both matches convincingly, and while a victory over Geelong continues to elude it, there is a belief among the Hawthorn faithful that a win will come sooner rather than later.

Following on from 2012’s heart-breaking Grand Final defeat, with an ageing squad and the future of star-forward Lance Franklin shrouded in doubt, this may be Hawthorn’s last pip at the flag for some time. An opportunity the club will be even more determined not to squander.

Yet, every team that forms part of this year’s top four would argue that the premiership is theirs to lose. Such is the nature of building a flag winning team; it remains a prospect sometimes only attainable once a generation.

With a gap in quality less marginal than in past years it may simply come down to a survival of the fittest.

There is less margin for error, after all.