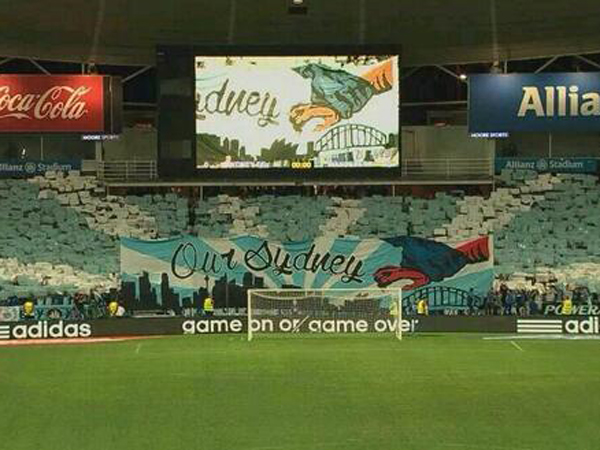 Whether scheduled intentionally or not, a battle across three sporting codes was fought in Sydney in the past fortnight.

For those in the high-up offices at NRL Central in Sydney’s Moore Park, there is cause for concern, as once again, the same questions need to be answered about the longevity and marketability of their game.

Just 27,000 people ventured to Homebush for the ‘bumper’ opening fixture between cross-town rivals the Sydney Roosters and the South Sydney Rabbitohs last Thursday.

Earlier in the same week the League was reported in the Sydney Morning Herald as expecting a crowd of least 40,000.

This crowd figure was less than half the number of fans that turned out to the same fixture in the final round of last season.

The next night, in direct competition with the A-League’s Sydney derby, a crowd of marginally more than 18,000 saw Canterbury lose to the Brisbane Broncos, when Bulldogs officials were holding hopes of a 25,000-strong attendance.

A sell-out crowd of 40,285 people rolled though the turnstiles at Allianz Stadium for the A-League match, compounding attention on the poor crowd numbers at the NRL’s opening round.

A week later and severely inclement weather may have kept a few fans away from the AFL’s ‘Battle of the Bridge’ at Spotless Stadium, but the ground was still filled above two-thirds with 17,102 supporters.

A figure, which AFL Media’s James Dampney told upstart he feels was still below par.

“I’m not entirely convinced the weather was a major factor, in the hours before the game it was fine. (AFL Chief) Andrew Demetriou and everyone associated with the Giants were adamant 20,000 would be smashed,” he says.

However, play the same match at the SCG and the crowd would have nudged capacity.

NRL head of football Todd Greenberg spoke with Fox Sports and defended the NRL’s season draw, claiming that deciding upon a fixture is complex when accounting for stadium availability between three competitions (Super 15 and A-League), broadcast rights and preferences of participating clubs.

“There’s a number of issues that go into it, it’s significantly complex – when the Bulldogs play an interstate team like the Broncos, I think if you look across history, then 18,000 is about the right number over time,” he says.

Whether or not League should have scheduled a match between two New South Wales-based teams simultaneously with the Sydney derby is open for debate, but SBS football analyst Craig Foster told upstart he believes it would not have made a difference.

“The Sydney derby is now a guaranteed sellout, irrespective of what NRL game is on,” he says.

“Their scheduling is immaterial.”

Foster is also of the belief that the A-League and football (soccer) in Australia would “destroy rugby league overnight” if coverage of the round ball game was shown on free-to-air television, and rugby league had to live with pay-TV coverage only.

“There is no comparison to be made between the two codes in terms of print coverage because News Limited is ‘in bed’, so to speak, with League – major free to air channels have also been wed to the game,” he says.

Foster also believes the emergence and success of new A-League club the Western Sydney Wanderers can be a catalyst for further growth of football in Australia.

“West Sydney is football, football is massive in Sydney – they simply needed a forum to show their support. The game’s metrics are already there: LA Galaxy (and David Beckham) got 80,000, the Socceroos get 85,000, visiting international clubs (Liverpool and Manchester United) sellout,” he explains.

Dampney echoed the words of Foster, saying the media coverage of the NRL in Sydney should equate to greater attendance figures.

“Considering how much the NRL dominates media coverage in this city, their crowd numbers are perpetually poor. 27,000 for a season opener between two huge teams is dismal,” says Dampney.

“It would be like Collingwood and Carlton opening a new season at the MCG on a Thursday night and drawing around 40,000. It wouldn’t happen.”

The average crowd for the NRL’s opening round (16,753) and the A-League’s average attendance last week (inclusive of the Sydney derby with 16,870) reveals minimal difference between the two codes.

Sydney FC’s crowd average this season is 20,509 while the Wanderers have pulled 15,043 on average to their home in Parramatta. These are numbers the NRL is currently able to compete with.

What should be of concern to the NRL hierarchy is the downward spiral in its attendance numbers, and the obvious potential for growth in other codes.

The Sydney Swans are also enjoying prolonged success, GWS Giants will only be improving over the next five years and the A-League continues to grow and prosper in the city and to the west. It seems that Rugby League is slipping behind, and in its homeland, it needs to be revitalised and fast.