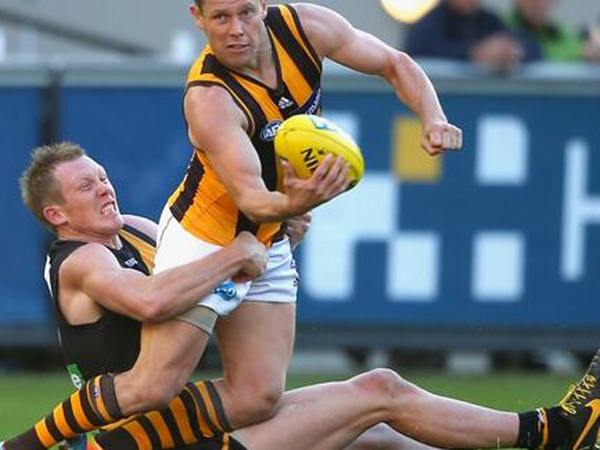 The Tigers are taking a bit of a tumble at the moment.

With just a single victory to its name over the past month – and a far-from-convincing win at that – the Richmond Football Club is nearing the point of no return for this season.

Impending easy kills in Melbourne and Greater Western Sydney will no doubt stave off the pitchfork-wielding naysayers for a brief period of time, but these wins will only add more wallpaper to cover the cracks.

There are a myriad of problems with Richmond at the moment, but one has been steadily growing over recent years and is now beginning to rear its ugly head.

That is the Tigers’ recruiting philosophy.

Through their decisions at the trade table and on draft day, Richmond has exhibited a distinct lack of confidence in its own talent.

Over the past three years, Richmond has added 13 players its list that have previously played for another AFL club.

Only a handful can safely be said to have worked thus far, such as Ivan Maric and Troy Chaplin.

Most others, including the likes of Aaron Edwards and Todd Banfield, are either at the crossroads or yet to have made a significant impact.

And some, such as Sam Lonergan and Addam Maric, are no longer on the list at all.

Even going a few years further back exhibits recycled talent such as Ben Cousins, Brad Miller and Kent Kingsley, none of which had successful careers at Punt Road.

@Richmond_FC our recruiting is a shambles! Trying to build an A Grade team with B & C grade recruits. None were in top 25 at their old clubs

However, it is important to note that this sort of list strategy is not intrinsically a bad thing.

Targeting players from other clubs can often help fill voids in a club’s list profile, or help strengthen depth for when the inevitable injury-curse strikes.

But Richmond’s over-indulgence in outsiders, and its hesitance to back in its own talent, says a lot about the club’s mindset.

It appears that the club believed it was in the window for success, but felt that it needed players from outside its walls in order to take the next step.

In recent times, this approach has worked for premiership sides such as Hawthorn and Sydney.

In the team that won last year’s Grand Final, Hawthorn had seven players that had come from other clubs. The year prior, Sydney took six into the last day in September.

The elephant in the room is that, unlike Richmond, these clubs have enjoyed consistent finals appearances.

Since 2007, Hawthorn has missed the finals only once. Even more remarkably, Sydney has played in every finals series since 2003, bar one – it was absent during its brief hiccup in 2009.

The same cannot be said for Richmond, a club that infamously endured years of heartache before, at long last, returning to the finals last year.

An unsuccessful homecoming, it must be said.

The crux of the matter is that successful clubs have traditionally taken their time in building a list.

These clubs develop talent from within, grow the core group together and then, once firmly in contention, may add to the list from the outside to fill specific holes and help deliver ultimate glory.

Indeed, Geelong’s premiership win in 2007 contained just three players from other clubs, two of which (Cameron Mooney and then-captain Tom Harley) were already ingrained members of the team.

The Cats cultivated their talent from the ground-up and endured years of pain and frustration to bring the same group together.

That same team went on to win three flags and, remarkably, once again appears to be a premiership contender this season.

Perhaps it is time for Richmond to stop looking for the quick fix and instead focus on what they already have – its young talent is promising enough.

The club’s best players in Trent Cotchin, Dustin Martin, Jack Riewoldt and even Brett Deledio all have their best years ahead of them. Meanwhile Brandon Ellis, Nick Vlastuin and Ben Lennon are first-round draft picks who are likely stars of the future.

It is a shame, then, that the Tigers have avoided trying to pick diamonds out of the rough with their later picks. Instead, they have far too often resorted to known quantities.

Time will tell as to just how much the Tigers’ recruiting woes will hurt the side going forward.

Early signs, though, aren’t looking great for the team from Punt Road.