Tara Bonello is Carlton Women's Football operations manager. She shares her experiences of the AFL world and how to make the most of opportunities. 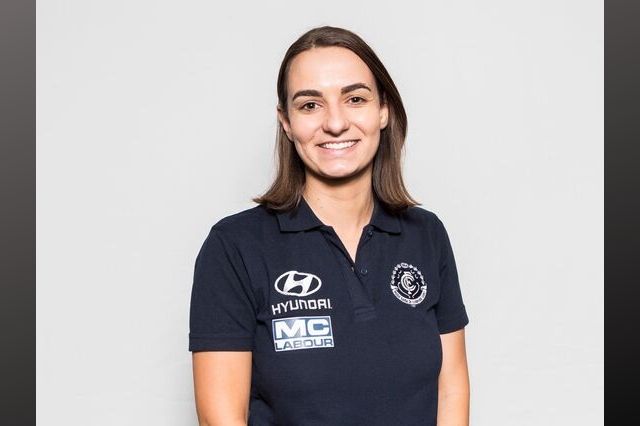 It’s the year 2014, La Trobe student Tara Bonello has just graduated with a Bachelor of Business. Fast forward to 2019 and she is forging her own path at the Carlton Football Club as the first women’s football operations manager.

From a young age, Bonello recalls being surrounded by sport and spending her weekends watching the Saints play with her family. After initially pursuing a career in health science, she quickly found an interest in business and sports management at La Trobe University.

Bonello experienced her first taste of the AFL industry while on placement at Carlton Football Club. Assisting with the community department and writing school programs is where she discovered a passion for the industry.

After earning her degree, she landed a position at Essendon Football Club in the membership department.  A month into her role, she received a call from her old boss at Carlton. An opportunity had presented itself and he asked Bonello to go in for an interview.

“I took the call on the Friday afternoon, and by Monday I had started at Carlton as a Community and Diversity Officer,” she told upstart.

In 2016, Bonello played a role in the development of the club’s bid for an AFLW licence. Her dedication to the club was rewarded when Carlton’s AFLW application was granted and she became the Football Operations Manager for the women’s team.

The AFL industry is a competitive one to break into. With hundreds of potential candidates, Bonello emphasises the importance of having a point of difference and willingness to do the hard work. Although it has been difficult at times, she thoroughly enjoys working with the men’s football department as well and learning from their experience.

Bonello is now an integral part of Carlton’s AFLW team. She acknowledges that she would not have been where she is today without her ability to take risks.

“Backing yourself in most of the time works, if you’re in an environment where you feel supported, which in my case is Carlton Footy Club, it does come out good in the end,” she said.

With pre-season starting in November ahead of the fourth season of AFLW, Bonello reflects on her journey so far. She credits Carlton’s female footballers as her motivation to continuously challenge herself.

“These female footballers are constantly pushing boundaries, [they] come from being told they had to stop footy with the boys to now playing in their own league,” she said.

Bonello has aspirations of her own to ‘climb the ladder’. She is passionate to continue her career working with women in elite sporting environments and has hopes of an opportunity to manage full-time programs like the men’s football.

Her advice to young girls and women who want to work in sport is to believe in yourself.

“Don’t try to conform to the traditional way of doing things. Females bring such a different perspective to all things and it’s such a great benefit to an organisation so don’t be afraid to challenge the stereotypes and bring your way of thinking,” she said.

Caitlin Pilatti is a second year Bachelor of Media and Communication (Public Relations) student at La Trobe University. You can follow her on twitter @caitlinpilatti.