For some, new trends in taxidermy tread a thin line between educational art and cruelty. 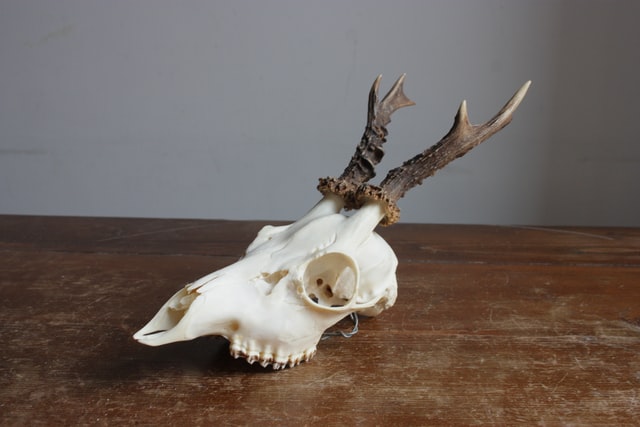 Shrunken cat heads, skeletal bats and corrosion-cast sheep hearts are not what generally spring to mind when one thinks of taxidermy.

Taxidermy, which translates to the “arrangement of skin” in Greek, came to the fore in 18th century England. However, it more commonly known as the art of preserving an animal’s body by stuffing and mounting it. Think of the animals you see on display at museums.

As taxidermy sees a rise in popularity, however, it is the different and more controversial works leading the resurgence.

Melbourne company Rest In Pieces (RIP), which its founder Natalie Delaney-John describes as a “facility of the dying arts”, is at the forefront of this current taxidermy trend. A stunning desk decoration featuring of a bat skeleton hanging from a golden rod in a polished glass dome is just one of the many articles you will find available at RIP.

Delaney-John says taxidermy hasn’t always been hunter trophies and museum displays, and that what she does isn’t new or ground-breaking.

“Whilst it may appear that taxidermy for the purpose of art or interior display is new, it is in fact an extremely old skill set encountering a revival,” she tells upstart.

The work of RIP could be described as both stunning in its beauty and somewhat unnerving, like one displaying the full life cycle of a frog, all eight stages, captured and encased in resin.

For Delaney-John, taxidermists have always been artists.

“They can sculpt, carve, paint, can create gorgeous displays and habitats and have an impeccable eye for detail,” she says.

Anton specialises in big game taxidermy and offers none of the shrunken head type pieces you will find at RIP. So, what is his take on the work of Delaney-John and her team?

“Even I look at it and wince a little bit,” he says.

“Though it certainly does have its place in the community.”

What is it about Delaney-John’s work that makes it so “wince” worthy? If you look through the RIP catalogue you will find items like diaphonised specimens. These, in layman’s terms, are specimen that have been rendered transparent and then had their bones, muscles or cartilage dyed a vibrant fluorescent colour.

The idea of a diaphonised kitten in a globe, a rabbit foetus in a vial or fish skeleton earrings might make you squirm. For others, the work is considered cruel and unethical. Because of this, Devaney-John has faced some strong public backlash regarding her work, especially as her profile has grown.

“With the media coverage came the death threats,” she says.

“I was completely caught off guard by such a volatile reaction.”

Anton, who is located in alpine Victoria, an area well known for its hunting, also believes people have misconceptions about his work.

“If I say ‘taxidermy’, people automatically conjure up this image of blood and guts,” he says.

He hasn’t experienced the same amount of vitriol that Delaney-John has in Melbourne’s inner-north.

The reactions were hard for Delaney-John to deal with as she regards herself an animal lover and conservationist, with RIP donating a percentage of their profits to conservation and research funds.

Delaney-John believes her work honours animals by preserving and presenting them, though she does admit that her reason for originally getting into the field wasn’t the most admirable.

“I thought it would be cute to be a lipstick wearing blonde in the industry, which in hindsight is ridiculous,” she says.

Now she believes she is in the industry for all the right reasons and hopes that her work can be used for education and study and not everything she does is for shock value and display.

“I hope that with the continued discussion and education on taxidermy, as well as the preservation of animals, we start to break down the barriers with the community that believe what we do is cruel and macabre,” she says.

To do this, she has decided to extend a hand to those in the public and wider community to come learn more about what she does hopes it will lead to a greater understanding of her work.

“We now offer a suite of workshops including taxidermy, skeletal articulation, insect pinning and most recently corrosion casting,” she said.

The general public’s response to the workshops has been very supportive, with more than 800 people participating up to this point.

Both Delaney-John and Anton claim that what they do is for the right reasons and that they have a great respect for animals. In Delaney-John’s case she knows it may just be a bit harder to convince everyone of this while you offer lucky dip foetus vials and raccoon penis earrings.

Article: Jordan McCarthy is a first-year Bachelor of Media and Communications (Journalism) student at La Trobe University. You can follow him on Twitter @JordoMc85

Photo: Deer antler skull By Max Letek available here and used under a Creative Commons Attribution. The image has not been modified.