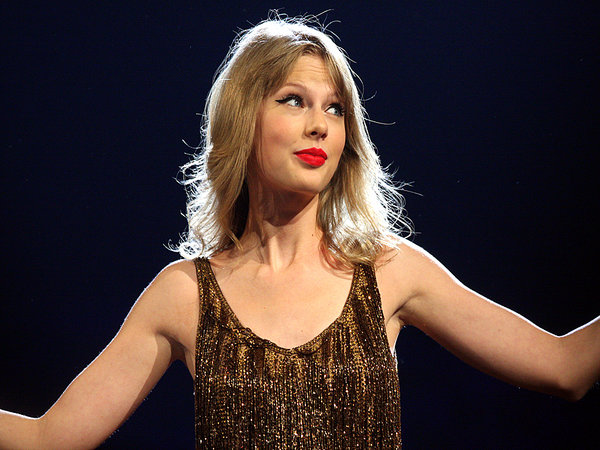 Recently, Taylor Swift pulled all of her albums from the online streaming service Spotify and told Yahoo Music that “I’m not willing to contribute my life’s work to an experiment that I don’t feel fairly compensates the writers, producers, artists, and creators of this music.”

Swift’s back catalogue remains available on other online streaming services including Rdio, Rhapsody and Beats Music, but none of them have access to her new album, 1989.

So how does Swift want her fans to listen to her new album?

“Well, they can still listen to my music if they get it on iTunes,” Swift told TIME magazine in an interview last week.

Comparing iTunes and Spotify’s pricing models it is easy to see why Swift has a preference for the traditional retail sales model.

Spotify’s streaming model pays somewhere between US$0.006 and US$0.0084 per stream back to the content owner. Meaning a consumer would have to listen to Swift’s new album between 83 and 116 times on Spotify to achieve the same revenue as iTunes.

Clearly the traditional retail sales model is currently best for maximizing revenue from an album but it that the most important thing? Foo Fighters front man Dave Grohl seems to disagree.

But I can understand how other people would object to that.” Bono has also entered the debate saying, “I see streaming services as quite exciting ways to get to people. In the end, that’s what we want for U2 songs,” the U2 front man said. In Swift’s case it doesn’t seem to be that simple.

In the interview with Yahoo Music Swift expanded on her objection to Spotify’s streaming model, “I just don’t agree with perpetuating the perception that music has no value and should be free,” Swift said.

This statement closely echoed something that Scott Borchetta, CEO and founder of Big Machine Records, Swift’s record label had said two years earlier, “I personally struggle with that model – I don’t think that it should be free,” said Borchetta speaking to billboard.com about Spotify.

Any track played will generate revenue to the content owner, regardless of the users account type, but Swift and Borchetta clearly feel that music being freely available somehow devalues the art form.

Spotify CEO and founder Daniel Ek responded to this criticism in a blog post arguing that offering a basic free service is the best way to attract fans and increase premium subscriptions, claiming more than 80% of Spotify’s premium subscribers started as free users.

Ek also claimed that Spotify had payed out $2m for global streams of Swift’s music in the last year and that they were on course to pay out $6m to top artists like Swift as Spotify’s subscriber numbers grow.

This is the challenge Spotify faces in its current growth phase.

If Spotify can continue to grow its global subscribers (currently 12.5 million paying and 50 million active) it can pay more to artists, but how is it going to grow subscribers without the world’s most popular artists like Swift?

Furthermore why would Swift allow her music to be on Spotify when it pays so much less than other options? Therein lies the catch-22.

So has the decision not to make Swift’s new album available on streaming services worked?

According to the sales figures very much so, the album sold 1.287 million copies during its first week becoming the best selling album since 2002, when Eminem’s “The Eminem Show” sold 1.322 million copies.

Swift also became the first artist to have three albums sell over a million copies in a week, which might suggest the ultimate reason to avoid streaming services was to maximise retail sales.

The sales mean Swift becomes the first artist in the US this year to achieve platinum certification, and after all a million Spotify streams doesn’t get you a platinum record.

Jim Files is a first-year Bachelor of Sport Journalism student at La Trobe University. You can follow him on Twitter: @filesjim