The program aired last night without the panel knowing the show would be axed just one hour later. 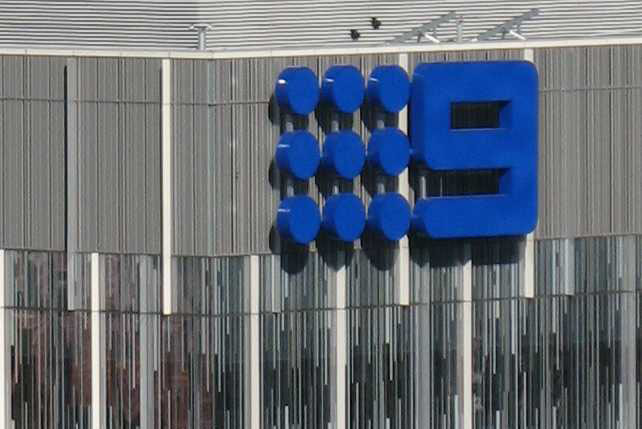 Former host of The Footy Show Garry Lyon has slammed Nine’s decision not to notify the cast and crew that the show was set to be cancelled before airing last night, calling it ‘an execution’.

Last night’s broadcast ended with host Neroli Meadows signing off with a “see you next week”, but an hour later, Nine’s executives decided to pull the plug on the program after only eight episodes into its refreshed format.

“The Footy Show went to air last night, Neroli farewelled and said, ‘thanks for watching, see you next week’,” he said on SEN Breakfast.

“Then an hour later, out comes the press release – bang, The Footy Show’s gone.”

“That is an execution.”

Lyon, who hosted the show from 2006 until 2015, is now calling for Nine to air one final special episode of the program, which has been on the air for more than 25 years, as a “celebration edition” featuring all the personalities to have appeared on the program since it was first broadcast.

“They should have said, ‘listen, we’re no longer but next we’ll farewell The Footy Show‘,” Lyon suggested.

“Eddie [McGuire], Sam [Newman] and Trevor [Marmalade] will do the first half hour, maybe [me] and JB [James Brayshaw] will do a half hour, then JB and Rebecca [Maddern] could do 15 minutes’.”

“Celebrate that and send it on its way. That’s what should happen. This is an iconic show.”

The new revamped format featured a panel of Meadows and comedian Anthony ‘Lehmo’ Lehmann, tennis player and media personality Dylan Alcott, as well as former AFL stars Shane Crawford and Brendan Fevola, but the show has failed to capture audiences over the past couple of years, notably due to the success of Seven’s rival show The Front Bar.

The Footy Show‘s hosts have spoken about the show’s sudden axing last night, only a few months after its new format first hit TV screens.

Lehmann said on 3AW this morning that he was completely unaware that the show would be cancelled. He told Ross and Quarters that when a Nine executive passed through the corridors at the studio where the show gets filmed, he simply thought “oh, great, he’s come down to watch the show”, until Fevola exclaimed to Lehmann “I think we’re getting boned, mate”.

He added “you know that bit in Ferris Bueller’s Day Off where him and his mate trash that Ferrari? I feel a bit like after 25 years, they handed us the keys to this thing and I’ve driven it off a cliff for them.”

I’m bloody disappointed The Footy Show has been cancelled but I’m grateful for the opportunity to host it with Nez, Fev, Dylan and Crawf and am really proud of the shows we made. Our team were brilliant and spare a thought for the crew, some of whom had been there for 25 years!

Lehmann said that despite the show’s ratings, he is proud of what the team put out on the air, and had no hesitation about taking on the role.

“To be honest, I didn’t really hesitate that much, because I always saw it as a great opportunity. I’m a glass half full kind of guy and I really thought we’d be able to pull this off, but I did underestimate the weight of expectation that came with this show,” he said.

In last week’s TV ratings, The Footy Show only drew a measly 53,000 viewers, compared to The Front Bar obtaining 278,000 in the same timeslot.

“We did our absolute best and it was a change in direction for the show, but the audience clearly didn’t have an appetite for it,” he said.

“When the numbers are down, you know, a network can’t live with those numbers forever,” Lehmann said.

Lehmann also paid tribute to the show’s production crew, who also lost their jobs as part of the show’s cancellation.

“When people are reading about The Footy Show, and the fact that it’s been cancelled by Channel Nine, […] spare a thought for the crew, some of who have been there for 25 years, and they all got told last night they lost their jobs.”

“So it’s a really tough night in the office for the crew of The Footy Show. Some of those take a lot of credit for building that show into what it was.”

Gave it a crack – loved every second. Here’s to the people behind the scenes who worked on this show every year it was on air… like director @iva_dunnit. Proud of the show we created this year and proud of the people who worked on it. Fun episode to go out on! #youkidsgrindmygears

Former host Eddie McGuire paid tribute to the show on his breakfast program on Triple M, and credits the show for launching his media career.

“It changed my life. It was the biggest influence in my life, it gave me everything I’ve ever had in my life and everything I could have dreamed of. I love the show, I love what it did in television, and I really have a great affinity for everyone who’d ever been on the show,” McGuire said on air.

The Footy Show‘s axing hasn’t affected Nine’s other two programs, with the network’s managing director Matt Scriven declaring that the Sunday Footy Show and Footy Classified will remain on air.

“I want to thank the current hosts, Anthony Lehmann, Neroli Meadows, Dylan Alcott, Brendan Fevola and Shane Crawford, the former hosts of The Footy Show, and the hard-working crew for their great contribution,” Scriven said.

“It is with regret that The Footy Show will no longer be produced. It has been a tough decision to end the program that has been such a trailblazer, but sadly the new show has not captured audiences in the way we had hoped.”

The Footy Show first premiered on Nine in 1994 with McGuire, Newman and Marmalade, and aired 735 episodes.

Photo: Channel 9 logo on 717 Bourke Street, Docklands, Melbourme By DocklandsTony available HERE and used under a Creative Commons Attribution. The image has been modified.