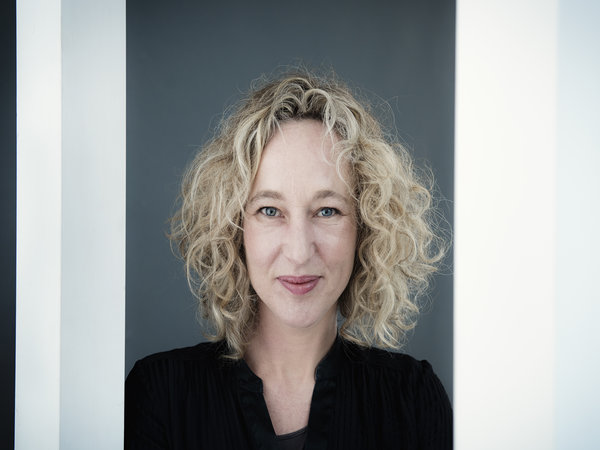 Some people are in the spotlight because they crave attention, validation, and public accolades. Others are there purely by accident, because some strange twist of fate landed them there and somehow, it suited. Sally Warhaft is one such person.

With a background in anthropology, Warhaft was “talked into” taking up the editorship of The Monthly magazine despite no journalism experience, but was thrown into the spotlight after a horribly public falling out with the magazine.

But with the release this year of the second edition of her classic anthology ‘Well May We Say: The Speeches That Made Australia’, an award winning documentary, and a regular spot at both The Wheeler Centre and on ABC radio, Warhaft has found that public life suits her.

The first edition was published in 2004 right after Warhaft completed her PhD in ethnography and late 2014 felt like the right time for the second edition to be published.

‘‘It was a book I needed on my bookshelf,” Warhaft says in a conversation at the Museum of Australian Democracy at Eureka.

The second edition contains both speeches that have been made since, such as Julia Gillard’s famous misogyny speech, as well as speeches that had been made before the first edition but didn’t seem like great speeches at the time.

“An example of that is John Howard’s speech in the election policy launch in 2001 where he famously said “we will decide who comes here”.

That speech got a lot of really immediate attention but you couldn’t see then that it would be something that would be spoken about forever,” she says.

The book was launched at The Wheeler Centre, where Warhaft is a regular host of their live journalism series, The Fifth Estate, hosting live interviews which focus on current affairs.

It seems an odd twist of fate that Warhaft has wound up being so successful in a field that is generally considered swamped with graduates and struggling to hold its own, when, with a degree in anthropology, she thought she would become an academic.

But the truth is the path was never really clear to Warhaft, who says she “never really sat down” and thought about what she wanted to do.

Perhaps this explains the bizarre way she ended up as editor for The Monthly, before the blow out with prominent Australian academic Robert Manne and publisher Morry Schwartz.

After finishing her PhD and writing the first edition of ‘Well may we say’, Schwartz, who was publishing the book, asked Warhaft over coffee if she would edit his magazine, The Monthly.

“I actually said no, and he said well I won’t take no for an answer,” Warhaft says.

Schwartz won. Warhaft took up the editorship, but in 2009 things turned sour during a very public dispute about editorial independence with Manne, who was chairman of the magazine’s editorial board.

It was at this point that Warhaft was thrown into the public eye in a very nasty way.

Articles from both sides were published in various newspapers, and it turned into a veritable ‘he said, she said’ public breakdown.

In fact, the only person who did not publicise her side was Warhaft herself, giving rise to rumours that she had agreed not to speak out. But Warhaft is quick to correct this misapprehension.

“I would never ever agree to not talk about anything that I felt should be [talked about]. I didn’t talk because I was traumatised and completely shocked with the response to what had happened,” she says.

“It was a trauma having that kind of attention and also I was very upset about, probably above all else, what it meant for the magazine,” she says

“I went away to Camperdown and didn’t answer calls, didn’t talk to anybody. There seemed to be plenty of other people talking about it without the need for my interference and so I certainly was free to speak. I just didn’t see the point,” she says.

But what was traumatising at the time helped Warhaft attain her current success.

“I think it [the dispute] was pretty appalling,” Warhaft says.

“But look, my working life has taken some terrific turns from then and I suppose I walked away from all that with a real sense of independence and sticking to what you really believe is important – and to me independence is terribly important. It was really the right thing to do and I’ve done it since as well.”

Jessie Anne Gartlan is a second-year Bachelor of Journalism student at La Trobe University. You can follow her on Twitter: @jessieanne08