The journalists slain in East Timor leave a legacy for the whole community. 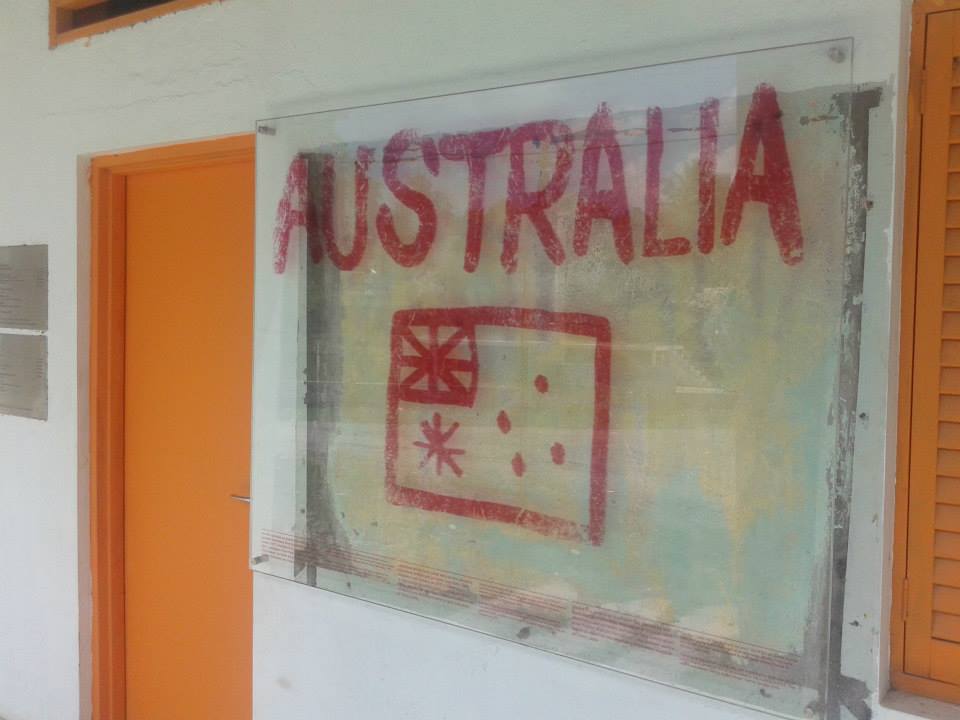 42 years ago, in a village called Balibo, five Australian journalists were executed by Indonesian soldiers for their reporting of the events leading up to the Indonesian invasion of what is now East Timor.

In the years that have passed, those journalists and cameramen known as the Balibo Five  – Greg Shackleton, Brian Peters, Gary Cunningham, Malcolm Rennie, and Tony Stewart –  have come to represent the relationship between Australia and East Timor. Their families have been working hard to ensure their legacy is a positive one.

John Milkins is the son that Balibo Five victim, Gary Cunningham, never knew he had.

Milkins was just five-years-old when Cunningham was killed on 16 October 1975, but entirely oblivious to that fact, he tells upstart.

Adopted when he was six-weeks-old, at the age of 20, Milkins found and formed a relationship with his birth mother, Heather. Through their relationship, he learned his deceased father’s identity.

Milkins had first heard about the Balibo Five while studying global politics at La Trobe University, five months before he learned his father’s identity.

When the Balibo Five were a part of the curriculum the next semester, he admits to upstart he paid a little more attention to the story.

“I spent time at the library reading newspaper reports. We didn’t have Google. I used microfilm,” Milkins tells upstart.

The journalists had been in Balibo, to report on Indonesia’s illegal invasion of the then Portuguese colony. The East Timorese town sits atop a mountain range, with a Portuguese fort at the peak offering a clear view of the ocean, and Indonesian military shipping. It was from this ideal vantage point that cameraman, Gary Cunningham, filmed the events leading up to the invasion by Indonesian military forces.

Before their executions, reporter Greg Shackleton, as a protective measure, had painted the word ‘Australia’ and two Australian flags on to the walls of the house in which they stayed, with the hope this would identify them as non-combatants to the Indonesian soldiers.

“There were incredibly graphic reports about what had happened to them. Claims that they were communists, claims that they were supporting the resistance who at the time were fighting for independence in Timor. That they’d breached their media responsibilities and lost impartiality,” Milkins says.

“There were claims that their genitals were cut off and shoved in their mouths, before they were burnt for three days, because of the story that they were going to be telling. It was a very distressing thing to read by yourself in a dark library.”

As his research continued, Milkins became increasingly upset with the way the deaths of the Balibo Five had been handled.

“I couldn’t understand how a horrific tragedy had occurred on Australia’s very doorstep, and our country seemed to be burying the truth of that,” he says.

The Indonesian government maintains that the five were killed in crossfire between rival East Timorese forces, a report that Australia’s federal government has never formally challenged.

In the 2007 inquest into the death of Brian Peters, a Channel 9 cameraman, NSW Deputy Coroner Dorelle Pinch found that Peters, along with all the Balibo Five, had been murdered deliberately in Balibo, and not in the heat of battle. Pinch found that the evidence suggested the murder was carried out by members of the Indonesian Special Forces, to prevent them from revealing they had participated in the attack on Balibo.

“This lie impacted [families of the Balibo Five] … at a very personal level,” Milkins says. “Press freedoms, and their denial through execution and cover-up have been at the core of our lives. I’d say that press freedoms are a defining feature of a nation that values human rights.

“They come with a great responsibility, for they not only help us to face our past but more importantly they help us to define our future,” says Milkins.

In the fallout of the coronary inquiry of the Balibo Five and Cunningham’s deaths, it became clear to Milkins that his father’s death was part of a far larger narrative.

“I quickly came to understand that this wasn’t about five young men who had been killed in 1975. It was about the deaths of at least 183,000 East Timorese over the ensuing 24-years of Indonesian occupation.”

“I thought we had an enormous debt to the East Timorese… We may be speaking a different language, Japanese, if 40,000 East Timorese hadn’t died in Timor helping hold off the Japanese invasion en route to Australia. I was becoming a pretty angry young man,” he says.

“I’ve been caught up in a story that’s way bigger than me, but most importantly I’ve been able to something positive about that. While there’s a background of trauma, there’s a forward-looking future of positivity,” Milkins says.

Rather than let anger over the cover up – and the price his father paid for freedom-of-press – take over, Milkins realigned his focus on a better future for the town where his father had died, with the help of the state government.

In 2002, the very year Timor-Leste regained its independence from Indonesia, the Victorian Government, under Steve Bracks, set up the Balibo House Trust in honour of the Balibo Five. Receiving funding from the Bracks Government alongside a number of donors, including Channel 7, Nine Network and the families of the Five, the Trust works with the people of Balibo to improve and build their community.

“The Bracks Government was the first government to acknowledge families in over 25 years at that time, and it was enormously healing,” Milkins says.

“Balibo House Trust became a real saviour for me and something to look forward to. It’s a way to do something positive in my father’s legacy, and a chance to continue freedom in that country that he really valued.”

The trust has refurbished the Flag House, where Cunningham filmed Shackleton painting the words ‘Australia’ in 1975 , reopening it as a community centre.

Before the trust was established, there was no power or water in the community. The average wage was a US dollar a day. At the time, women had to walk eight kilometres up and down a mountain to get water, to keep their families and crops alive, Milkins tells upstart.

“We started with vocational training, looking for ways to create small-scale jobs and economic activity. We refurbished the kinder and paid for a kinder teacher, for 20 children at the time. Today there are 80 children alternating classes.”

The biggest project the trust has undertaken was to build an eco-hotel in the grounds of a Portuguese Fort, just like the one from which the Five filmed the invasion. The hotel has created hospitality training, jobs and economic development to Balibo. It employs 20 young Timorese people and the funds go straight back into the community centre, to create further development.

Though the families of the Balibo Five are still actively seeking a release of the official judgement of the death of the five, which remains the core of the story, they remain focussed on building up Balibo.

Milkins strongly recommends watching the final piece-to-camera report that Gary Cunningham made from East Timor before his death.

“[It shows] the moment they realised they were going to be the final witnesses of an invasion of a country,” Milkins says.

“It speaks about the essence of journalism. There’s compassion and humanity, there’s still impartiality, but there’s a story being told there, and it turned out to be their last post.”

The compassion and humanity of those five journalists is palpable in Milkins, and in the work of the Balibo House Trust.

Though their last broadcast aired long ago, there’s still a story to be told.