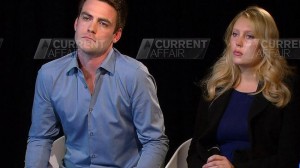 If the 2DayFM debacle has highlighted anything, it’s that there is a misleading notion in Australian culture that group-think equates to high mindedness, and that the lynch mob of moral outrage is the voice of reason.

Since news broke early Saturday that London nurse Jacintha Saldanha had apparently committed suicide just days after being duped by radio presenters, 2DayFM has been at the centre of global condemnation. From calls for the presenters – Mel Greig and Michael Christian – to be fired, to threats from infamous hacking group, ‘Anonymous’, the prank has inexorably reached the peak of international notoriety.

While the notion of exploitation and humiliation as entertainment, and the morally ambiguous nature of ‘shock jock’ radio are both very valid discourses to be examined, our resulting knee-jerk reaction is not warranted.

Rather, the ‘royal prank’ is a symptom of a much grittier culture that stems beyond ACMA standards and the legality of recorded phone calls. It is the byproduct of an obscene cultural obsession with one woman’s, the Duchess of Cambridge’s, uterus, that we, as a whole, are complicit in creating. Jacintha Saldanha’s death is the end result of a culture that thrives upon tabloid values.

Media and society are not fragmented entities. To lay blame on 2DayFM presenters is to shoot the messenger. While the royal stunt was kitsch at best and exploitative at worst, it gave the public what they wanted: satiating lewd international interest in a foetus. An interest, that in itself, defies all sense of privacy.

In Australia, there seems to be no explicit distinction between what is in the public interest and what the public might be interested in.

In 1993, Nicole Kidman and Tom Cruise applied for an injunction to restrain the publication of a photograph of their child. The Federal Court of Australia dismissed this application on the basis that the right of privacy is not recognised in Australia, and that even if a claim for confidentiality did exist, the magazine in question had no knowledge of the obligation of confidence when the photograph was received.

While arguments that suggest celebrities ‘sign up for it’ may have their merit, how can we maintain and actively foster such distorted rhetoric when the byproduct of our crude public fixation leaves innocent casualties in its wake? Casualties such as Jacintha Saldanha.

Rather than addressing the root cause, the army of ethics have decried ‘shock jock’ radio. Good samaritans have criticised their tactics of hyper-sexualisation and verbal abuse used to appeal to the the lowest common-denominator.

But stations such as 2DayFM are merely catering to the smutty cultural demand for such shows of controversy. We thrive off of it. It’s no coincidence that Kyle Sandilands is where he is today.

There is no doubt that a certain level of toxicity exists in Australian radio, but it is erroneous to separate ourselves from the media. Society and media have, and always will, maintain a complex relationship. So instead of turning the blame on Austereo, why don’t we address the real, underlying issue that is feeding this market? Us.

The 2DayFM incident is an unequivocal tragedy. Its repercussions, although involuntary, cannot be overlooked. A woman is dead, a family are without a wife and mother, and two young presenters at the peak of their careers are left to pick up the pieces amidst the deluge of blame.

But neither third party policing, nor moral outrage, are the answer.

Bridget Judd is a Bachelor of Journalism student at Griffith University. You can follow her on Twitter: @bridgetjunejudd