For full-time students in the later  years of their university degrees, the opportunity to work in their area of study is one that most will not pass up.

Students are told on several occasions that the best way to develop your skills is to get practical experience. But when considering whether to take on a full-time job while studying, students must weigh up the pros and cons to get the balance between the two right, as well as finding time for the other aspects to their everyday life. 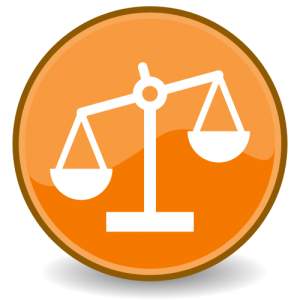 ‘I think that for current students, if the right job opportunity came up, then they should definitely take a look at it, especially if it’s an opportunity they may never be given later on,’ Sadler says.

‘I believe that they should back their judgement of their own situation when looking at potential job opportunities and try to combine it with their studies.’

There are several ways that students can adapt to their new lifestyles, and universities are there to help you through it. One option is to commit to your occupation and reduce the amount of study at university or become a part-time student.

This is what Sadler decided to do, and it allowed him to successfully balance his full-time job at Sky Racing with a part-time journalism degree.

‘At the moment I’m studying part-time. Last semester for instance, I did one subject and managed to keep in touch with what was going on through LMS [La Trobe’s communication/database system].

‘It’s taken me a while to adjust to my new workload, especially as I’ve gone from being a full-time student living in my family home in Melbourne to working full-time, studying part-time and living in a flat in Sydney.

Though it’s not an easy task to balance both work and university commitments, Sadler says that once you get your life organised, it’s all worthwhile.

‘Although I think I could still balance my work and uni commitments a bit better, I’ve found that being organised and disciplined is the key to managing both,’ Sadler says.

‘The fact that I’m still studying part-time and will eventually have my degree means that I have the best of both worlds.’

But for some, juggling work life and university life can be too large a challenge.

Thomas Crawford has been faced with the prospect of working and studying at the same time twice and on both occasions he felt he could not apply himself to the full extent for either.

‘Working and studying full-time is no picnic,’ Crawford says.

‘I found that attempting to balance both means neither receives your full attention and you just end up dissatisfied.’

Crawford studied a Bachelor of Law and an Honours in International Relations.

He also took on a job at a liquor company, which ultimately caused a major disruption to his studies.

‘I was told during the interview, the job would only require two weeks full-time training, which wouldn’t interrupt my schooling too much,’ Crawford says.

‘On the first day I was then told the training would extend out towards four weeks, which threw my study plans out the window.

‘I tried to read on my lunch break but it was a fruitless exercise, I needed to be doing this seven hours a week in the lead up to exams.’

It took some time for Crawford to adapt to his new lifestyle, which he says resulted in him compromising his effort in both.

‘It was very difficult to adapt to full-time study and full-time work, because the sheer volume of info I had to remember in addition to learning a new job basically meant I was doing both half-assed.

‘Under no circumstances would I recommend studying and working full-time, pick a priority and pursue it, whether it be work or study.’

So clearly the situation of working full-time and studying is one that not all students can handle. Everyone has their own limits on what they can achieve and for some, this lifestyle may not be the best.

But an opportunity to delve into the practical experience of the area of your choice may sometimes be too good to pass up.

In that situation, it is best to weigh up both the pros and cons and set out a plan on how to apply yourself to both.

Ashley Shenker is a third-year Bachelor of Journalism student at La Trobe University. Follow him on Twitter: @shenks7 .