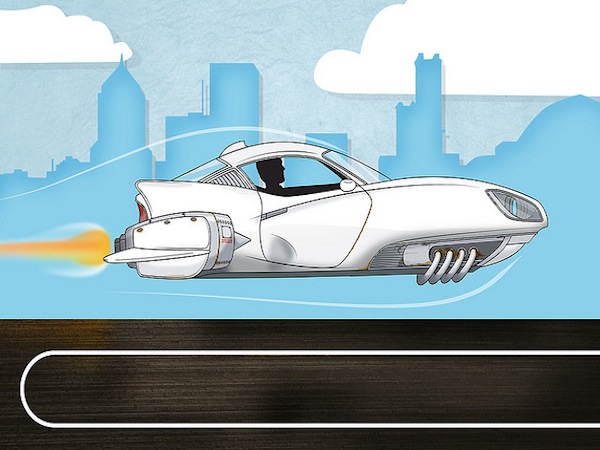 We’re fast approaching the middle of the twenty-tens and making rapid breakthroughs in many areas of technology, medicine and science.

Although we may not be taking to the skies in the next few years, manufacturers across the world are working on the cars of the future.

Head of Product Engineering at Mercedes-Benz, Thomas Weber, believes cars will be able to drive automatically within six years. The technology, he believes, is available.

And it wasn’t purely highway driving – the car travelled through towns and on busy congested roads. It responded to all traffic hazards and situations, pulling up at stop signs and even allowing pedestrians to cross the street. The car travelled from Mannheim to Pforzheim.

According to Mercedes-Benz, self-driving cars are the way of the future, stating: “It is first and foremost the next logical step on the way to accident free driving; leaving the decision to the driver whether or not the car to take over when needed or wanted. The S-500 Intelligent Drive stands in a successful tradition at Mercedes-Benz introducing groundbreaking technologies.“

But the German giant isn’t the only company testing out into these new technologies.

Google is also planning to produce self-driving cars and hopes to further develop the systems and possibilities on offer.

In it’s latest instalment, Google has revealed plans for a car controlled using gestures monitored by a network of cameras and sensors.

For example, lowering your hand next to the window will open it, and the speed at which you lower your hand will determine how fast the window opens and by how much.

While this is still only an idea, it offers an exciting insight into what the future holds for the car industry. The possibilities appear to be endless.

Many other car manufacturers such as Audi, BMW, Ford, GM, Honda, Nissan and Volkswagen are heading towards designing prototypes of autonomous cars.

Why can’t my car just drive itself? When is that gonna be a thing? Jesus Google hurry up.

Toyota has even launched its own self-driving car, which includes an anti-collision system set to be available in Japan from 2015.

The system uses sensors that watch for other cars, pedestrians and obstacles, and it not only hits the brakes, but steers the vehicle to avoid hitting whatever is in its path. It gives the driver a chance to react first, bringing up a visual cue, then setting off an audible alarm before taking action on its own.

Road accidents claimed the lives of 1,301 people on Australian roads in 2012, many of which could have been avoided. The future of self-driving cars is not only exciting for the car industry but also for the prospect of saving lives and making our roads safer.

For now, it looks like flying cars won’t be the norm in 2015 or in the next decade or two. Maybe The Jetsons got it right and we’ll have to wait until 2062.

We’ll just have to buckle up and see.