The women's league steps up as the men's falters. 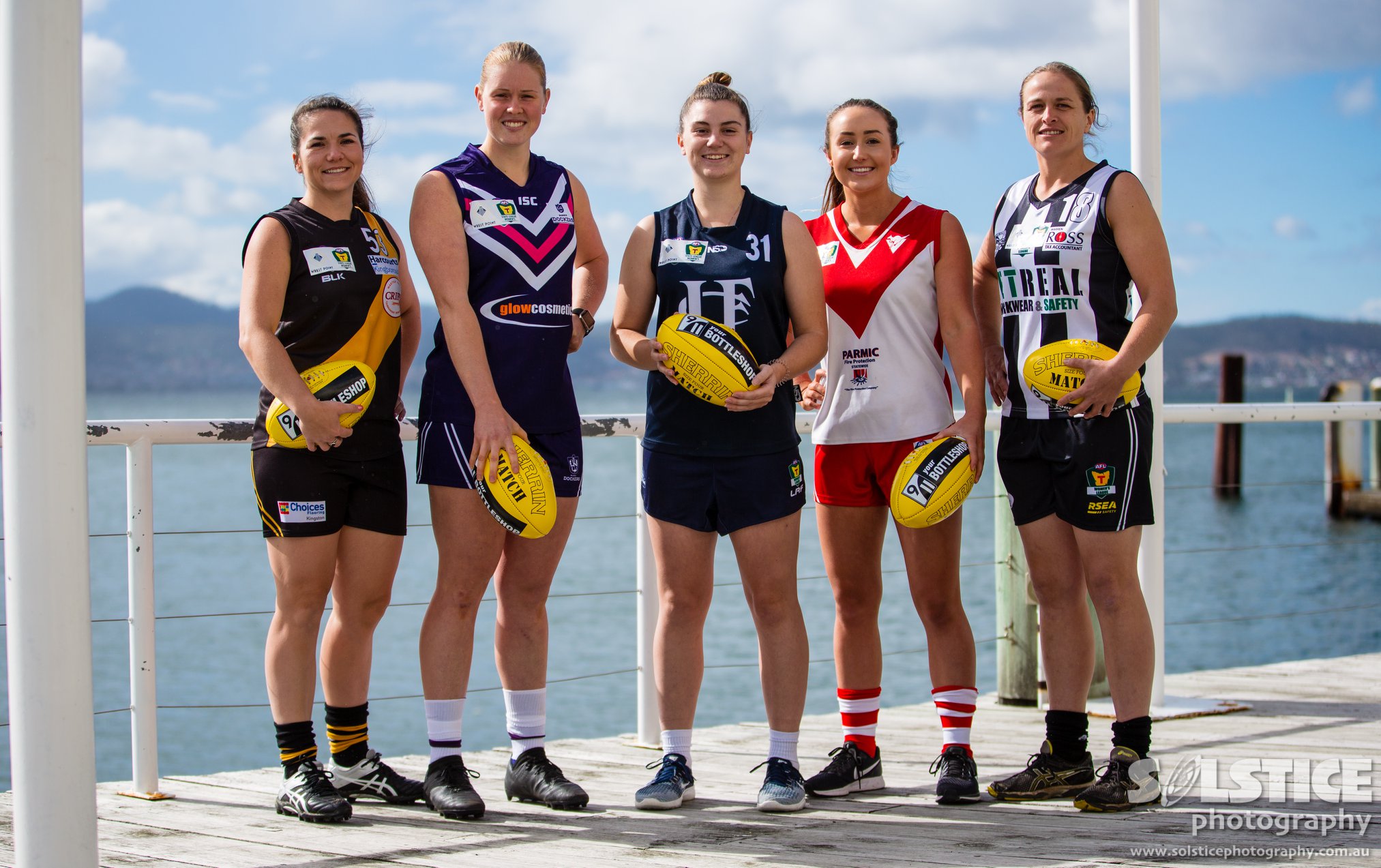 For a state with such a rich history in Australian rules, the future of men’s football in Tasmania is looking bleak.

With only one AFL draftee since 2015, and a statewide league that is losing teams and is in desperate need of increased funding, the landscape of the sport has drastically changed.

It would be easy to lose hope as an aspiring Tasmanian footballer. Unless you’re one of a burgeoning number of female footballers in the state, that is. 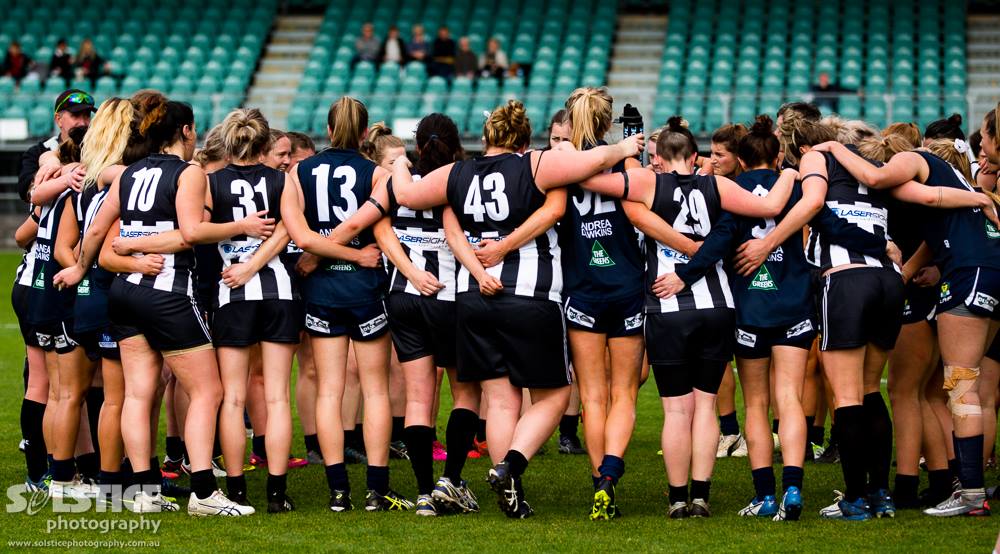 While the men’s game is faltering in the apple isle, women’s football is matching, or even exceeding, the growth of the game seen around the rest of the country.

Nothing shows this shifting dynamic more than the coastal town of Burnie. Located in the state’s north-west, it has produced some of Tasmania’s most successful footballers.

In recent years a number of AFL players have graduated from the Burnie Dockers Football Club in the Tasmanian State League (TSL), including Russell Robertson, Cameron Cloke and the Weller brothers, Lachie and Maverick.

And yet, this season Burnie doesn’t even have a side in the TSL. The club struggled for numbers during the pre-season, and when only 15 players reported for training after Christmas last year, they made the tough decision to withdraw from the league.

The Burnie Dockers are still represented in one state competition, though—the Tasmanian State League Women’s (TSLW), which is now in its second season.

The competition has exploded since its inception last year to become a strong five-team league with fierce competition for spots among some of those clubs.

While the struggles of the TSL are well documented, Burnie TSLW captain Jacqui Mercer says the emergence of the AFLW has the women’s game travelling better than ever.

“A whole new level of [women’s] football has begun since the AFLW started,” Mercer told upstart.

“Before the founding of AFLW, a select few women who were extremely passionate about football would be the stand-outs each round, but now there are more and more female cross-code athletes evening out the competition and increasing the skill level.” 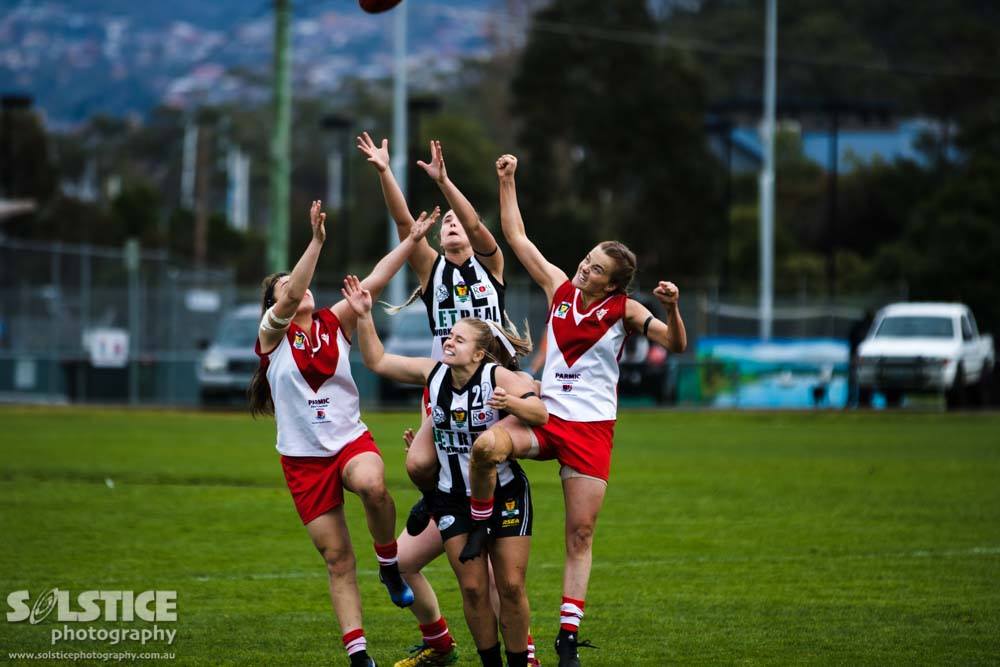 At the opposite end of the state in the Kingborough region, the Tigers Football Club are fielding both men’s and women’s sides with very strong numbers.

Tigers captain Cara Brooke has played football since the women’s game was first properly introduced to Tasmania in 2007. She says that since the inception of the AFLW there’s been a visible change in many players.

“I’ve noticed some teammates’ behaviours and attitudes change now that AFLW opportunities are in reach, they really want it and know it is achievable,” Brooke told upstart.

“AFLW players have become amazing role models for young and old aspiring football players, their influence has been obvious.”

That influence is at least partly responsible for a pre-season program at the Tigers that saw more than 50 players train with the TSLW side at various times.

Senior coach Brad Willis says it was a bit of a shock for some newer players, as the level of competition was more than they bargained for.

“There is still a bit of a novelty element attached to women’s football, even more so in Tasmania as it’s still in its infancy… many aspirants soon realise that TSLW is a bit more serious than they expected,” Willis told upstart.

In the past these players may have simply left the sport, but the grassroots development is keeping up with the demand so far and catering for the newer players as well, according to Willis.

“The second tier SFLW is thriving with new teams coming on board, and that can cater for the more participation oriented or those unable to commit to the training and travel demands of the TSLW,” he said.

The sudden growth of the women’s game means that many involved are still learning how to best operate, but coaches and other team staff are slowly adjusting.

Willis understands the differences between men’s and women’s football better than anyone. He was formerly a member of the Tigers men’s coaching staff, before moving into the women’s program last year.

He says that while the sport is the same, the experience level of the players requires an entirely different approach.

“The team I coach is largely composed of players new to the game, some in their first year of football, so you can’t take any instruction for granted,” Willis said.

“Much more teaching and role play is required… the newness of my players requires a more circumspect approach in order to inspire them.”

It’s that newness that is holding back any further development in the immediate future. If the AFLW needs time to grow, as is widely acknowledged, the same is even more true of the lower levels.

The introduction of more programs for junior girls keen to play football is huge, and Brooke knows that will flow into the senior game in time.

“I think the TSLW will continue to improve as the players in junior ranks that now underpin the state league begin to transition into senior football,” she said.

“We’ll see more and more players who have learnt the fundamental skills and game sense during key developmental years in junior footy.”

It’s that transition from junior football to the senior ranks that holds the key to the future of women’s football in Tasmania. While those building blocks are in place, Willis says it will be a while before the end goal is realised.

“This is just my take on things, just a personal opinion – there is obviously a great deal of interest in women’s football throughout the state and there is certainly a tremendous growth in girls and youth football and indeed second tier football, but it has not yet transferred to TSLW ranks,” he said. 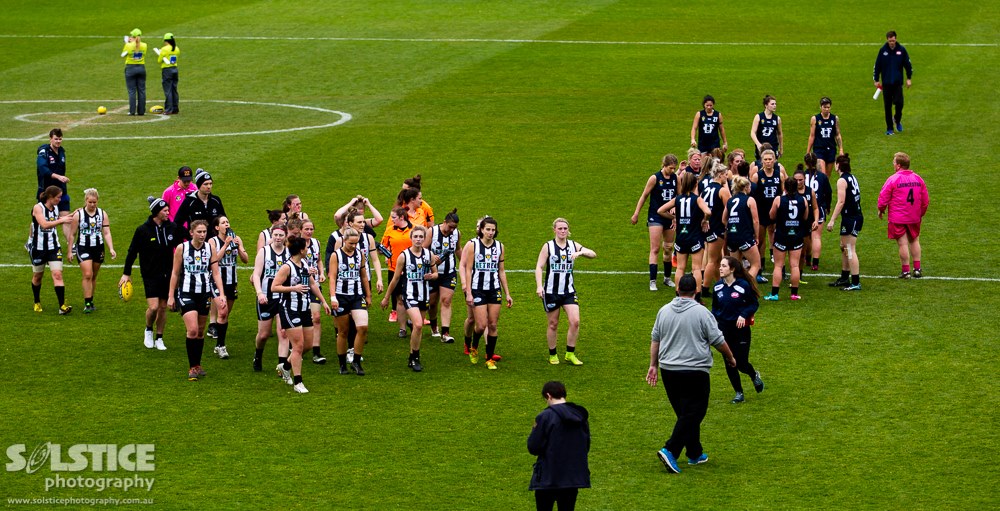 Ultimately, the TSLW and women’s football will need more than just time—it will need additional support from the governing bodies to be as successful as many hope.

“Tasmania has been swept up in the fervour of AFLW and has laid the platform for an exciting future… [but] its potential may only be realised if Tasmanian football is given the respect it deserves and is given clarity and direction by those administering it,” Willis said.

“Women’s football is ultimately subject to the same issues that confront the men’s game and until those matters are resolved, it will not flourish as it should.”

Women’s football does have one big leg up on the men’s game, though. Years of passionate pleas from Tasmanian football fans haven’t earned the state an AFL team, but the AFLW’s expansion is set to hit their shores next season.

The North Melbourne Tasmanian Kangaroos will join the competition in 2019, with half of their home games played in Tasmania and a goal of recruiting half of their list from the state.

So far, the announcement hasn’t hit home with the Tasmanian public.

“I don’t think this decision has really been given the attention it deserves, and it hasn’t truly resonated with the Tasmanian football fraternity,” Willis said.

But the AFLW side gives players a huge carrot to chase in their footballing careers, which Willis believes could help to unearth the next generation of Tassie superstars.

“It is such a huge advantage for Tasmanian female footballers to know that a percentage of the AFLW team, irrespective of how small, will definitely get a spot each year,” he said.

At this early stage of top-flight football in the state, progress is the key. And with pathways in place for young girls to transition to senior football, and potentially to the AFLW, that progress has begun.

The players involved couldn’t be happier with the development of the game, and not just for themselves.

“My young niece has taken up playing football this year at the age of nine, her and her teammates have so much fun playing football—it makes me very happy,” Brooke said.

“A future in footy is hers, for as long as she wants it.”

Photos used with the permission of Solstice Digital.