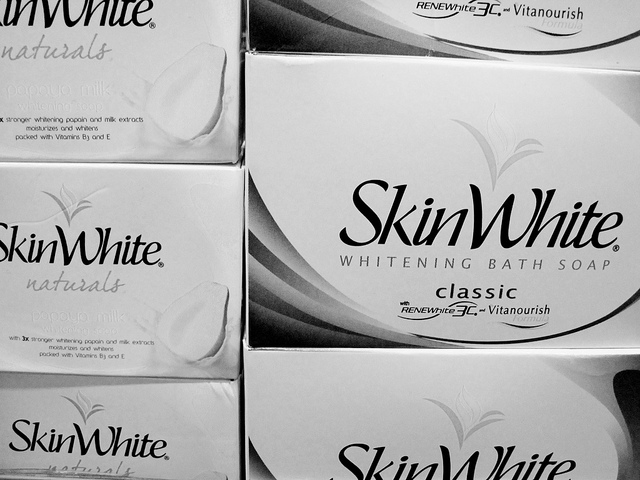 Australian culture idolises sun-kissed bronze skin, with fake tanning products being a staple for many Aussies. But, travel a short distance up north and the desired skin colour is on the opposite end of the spectrum.

The skin whitening industry is now a big business and is fast on its way to becoming a ten billion dollar industry, with an increasing demand across Asia, Indonesia, Africa and the Caribbean.

However, the skin whitening industry is nothing new.

Although despite the demand being around for decades, these products are now becoming more readily available and are no longer just from a bottle.

Gels, moisturisers, anti-aging creams, sunscreens, pills, soaps, cosmetics and even deodorants now contain skin whitening agents. In some parts of the world it can be difficult to find a beauty product that doesn’t lighten the skin.

So what is causing the demand for skin lightening products?

The common association with white skin and beauty is long entrenched in tradition. The ‘snow white complex’, is a link between a ‘fairer’ skin colour and a higher status.

In India, skin colour and class have a deep root in history. Dating back to the caste system and colonisation, the colour of someones skin is a direct correlation to their perception of power, aristocracy and suitability for marriage.

It still remains common in India for most women to use a skin whitening product daily, with 61% of the dermatological market being made up of skin lightening products.

While some of the appeal to lighten ones skin can be attributed to long held cultural beliefs, advertising is also becoming a key factor in perpetuating ideals of beauty.

All over Asia, colourism is rife in advertising. Often a Caucasian or ‘white’ women is used in advertisements, and if not the models are nearly always lighter rather than darker.

“These ‘Get white’ messages are inescapable in this part of the world [China]. Pale Chinese models peer from the pages of glossy magazines, pout on billboards and in cinema advertisements,” says Li Yanbing, vice-secretary general of the Chamber of Beauty Culture and Cosmetics of the All-China Federation of Industry and Commerce.

It’s the same story in Japan, Taiwan, the Phillipines, Thailand and India. The predominant skin colour shown in advertising is always fair and therefore encourages young women to reach these, often unattainable, expectations of skin colour.

While measures have been taken to reduce these chemicals being present in some skin whiteners, mislabelling and black market dealings are still commonplace.

Even more alarming is the increase of unregulated skin whitening products being sold in countries previously untapped by the industry. The sale of skin whitening agents in Africa and the Caribbean is becoming a booming market.

In Nigeria, the World Health Organisation (WHO) found that 77% of women use skin-lightening products. This is the world’s highest percentage. It is also widely used in Togo and Senegal.

In Jamaica and other Caribbean islands, skin whiteners are also becoming increasingly popular. These products are often sold in a black market environment and aren’t held to the same industry standards as abroad.

“Lightening creams are not effectively regulated in Jamaica, where even roadside vendors sell tubes and plastic bags of powders and ointments from cardboard boxes stacked along sidewalks in market districts,” says the Jamaica Observer.

There are certainly no signs of the industry stagnating, but rather expanding. With men now becoming the target of advertising campaigns, particularly in Japan and India.

Producers are also now targeting certain areas of the body. With the most recent being met with a significant amount of controversy. In Thailand and India, marketing campaigns to whiten a women’s ‘intimate area’ recently received an onslaught of public outrage.

Concepts of beauty are progressing, and the ‘snow white complex’ is far from fading from the market. We are currently heading in the direction where skin colour will no longer be determined by DNA, but instead by the bottle.