The popularity of sports trading cards has boomed while NFTs are on the rise. 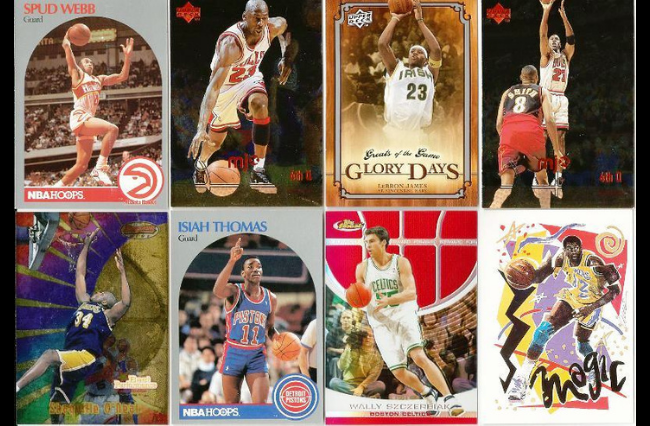 What could you buy with $6.6 million? You could purchase one of the rarest hypercars in the world, the Ferrari LaFerrari, and still have well over a million dollars left. Perhaps you would prefer a mansion? Shane Warne sold his former Brighton home in December 2020 for around five and a half million dollars.

Or you could buy a single basketball card.

On April 27, trading card auction house PWCC Marketplace announced that they had privately brokered a deal to sell an ultra-rare 2003 Lebron James rookie card for USD $5.2 million [AUD $6.6 million]. The amount paid for the LeBron James Rookie Patch Auto Parallel made it the most expensive basketball card ever sold. It also equalled the record for the highest price paid for any sports trading card, selling for the same price as a 1952 Micky Mantle baseball card did in January.

A sports trading card boom has occurred over the past year, with prices and demand for cards increasing dramatically. Card manufacturer Topps told Sporting News in November that sales numbers were the best they have been for the last decade. And during 2020, over four million more cards were sold on eBay than in 2019, with the trading cards category on the website growing by 142 percent.

“But Australia punches above its weight in terms of interest. eBay’s sports card report on 2020 revealed that card sales on their platform increased by 379 percent in Australia last year, the biggest increase in the world, beating even China for interest,” he says.

“We started noticing a lot of new collectors coming to sports cards in 2019 but it really ramped up in the first quarter of last year.”

Excellent quality of products from card manufacturers has contributed to the increase in popularity of sports trading cards, according to Oxley.

“Whether you’re talking about Panini, Topps, Upper Deck or the other manufacturers of cards, the product itself is great and if they weren’t the boom could not have occurred,” he says.

“The pandemic has certainly been a factor in that people fortunate enough to remain employed had more disposable income. People were at home more with less options to spend on and as card ‘breaks’ have become popular many people found the hobby that way.”

“Nostalgia is a big factor too as people who collected in the 90s are rediscovering the hobby.”

Physical cards aren’t the only sports memorabilia that are seeing a boom in popularity, digital sporting cards and non-fungible tokens (NFTs) are also on the rise. NFTs are digital assets of a cultural moment such as images, videos, GIFs, tweets etc that use blockchain technology like cryptocurrency, meaning that a digital item’s history and change of ownership can be tracked which verifies the authenticity and scarcity of the item. While digital files can be duplicated, non-fungible tokens prove ownership of the item.

Despite existing since 2015, NFTs became extremely popular in the early stages of this year allowing consumers to own exclusive and verified items. NFTs provide a new way for people to collect culturally relevant assets such as trading cards, much like how sporting or Pokémon cards were collected in the 90’s or 2000’s, albeit digitally.

The NBA launched their own NFT platform, Top Shot, in October 2020, selling virtual packs of digital cards called “moments” which feature video highlights of NBA players. By late February, the platform had done nearly $300 million in transactions. The popularity has continued with a Lebron James moment selling for over half a million dollars last month. Major League Baseball followed suit, releasing their own NFT baseball cards in April 2021.

Alex Mrakov is a sports card collector and owns around 1,500 cards from a range of different sets and sports. He’s been collecting cards since he was seven years old with his pocket money, trading footy cards with kids from school and the neighbourhood. Mrakov tells upstart that he’s not against digital cards but does prefer physical items.

“It will be very hard for digital cards to break into the mainstream market. [We’re] still a long while away from that happening, but definitely down the line I can see that becoming a mainstream trend.”

Oxley is of a similar view and thinks that digital sports trading cards could go mainstream in Australia.

“I think people will collect digital in addition to physical cards, for the midterm future anyway. Once people’s lives go increasingly digital — a Ready Player One type of world maybe — rather than in real life, then digital cards or NFTs may become more popular,” he says.

“I think for people born since 2000 especially this will be quite normal. Once there is a concrete way to display and brag about your digital collectibles or NFTs it will start to get even more popular.”

Photo: #8-BASKETBALL SPORTS CARD LOT by supportcaringllc available HERE and used under a Creative Commons Attribution. The image has not been modified.