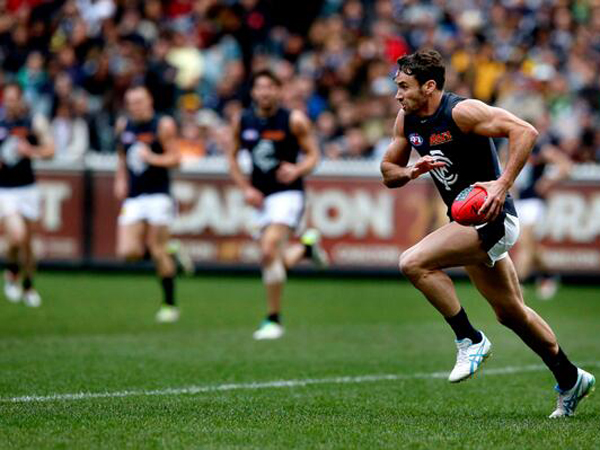 Despite Collingwood’s best efforts, Hawthorn proved it’s a class above on Friday night, as it defeated the Magpies by 35 points in what could prove a potential finals preview.

The Pies raced out of the blocks in what was certainly a finals-like atmosphere, and with the intensity to match. However, Hawthorn reaffirmed its grip on the 2013 season, running away with a comfortable victory.

For Nathan Buckley and his charges, the six-goal defeat highlights the gulf between themselves and the genuine contenders come September. However, the performance and the recent improvements of his team remain encouraging.

Hawthorn can now all but guarantee the minor premiership with a victory over North Melbourne next week, while the loss ends Collingwood’s top-four chances.

Carlton fought back from 30 points down at quarter time, to defeat Richmond by 10 points, in a gutsy performance at the MCG on Saturday afternoon.

Incredibly, the Blues conceded eight goals in the opening term, only to storm back after the first change and overwhelm their disappointing opponents.

Superb lockdown roles by Ed Curnow and Zach Tuohy kept Richmond’s most dangerous players, Trent Cotchin and Dustin Martin, to just 14 and 10 disposals respectively and this provided the backbone for Carlton’s spirited win.

The Blues remain two games outside the eight, however a potential mini-final in round 23, against Port Adelaide, looms as their most important match of the year.

Port holds firm in race for the finals

Just minutes after Carlton upset Richmond at the MCG, heads immediately turned to the goings on at AAMI Stadium, where Port Adelaide was taking on Gold Coast.

Trailing by nine points at the final change, the Power stormed home to kick six goals to two in the last term and record a 17-point win and remain safe inside the top eight.

Ken Hinkley’s men remain two games clear of the Blues, however travel to Fremantle next week before playing Carlton in the final game of the season. With a poorer percentage than the Blues, the round 23 clash in Adelaide is likely to be a ‘winner takes all’ encounter.

The Power could be without Hamish Hartlett for the run-in, with the midfielder reported for a big hit on Gold Coast’s Seb Tape, which left the youngster unconscious and in a neck brace.

After a really poor start to the season and a disappointing fortnight that included a loss to Melbourne and an unconvincing win over GWS, the Western Bulldogs have well and truly turned it around. They’re now a side to watch in the future.

Under Brendan McCartney, the Dogs are playing an exciting, running brand of football, yet with an uncompromising attitude towards winning the contested ball. It’s invigorating for Bulldogs fans, especially considering the dour nature in which they started the year.

Young guns like Tom Liberatore, Mitch Wallis and Koby Stevens are brilliant prospects, while Ryan Griffen and Adam Cooney are leading by example in the midfield. Even Tom Campbell is finally starting to show some promise in the forward line.

Come two or three years time, this Bulldogs outfit could be a serious premiership contender once more.

Player of the Week – Travis Boak

When the chips were down for Port Adelaide on Saturday afternoon, skipper Travis Boak led from the front in a truly match-winning performance.

The midfielder helped his side recover from a three quarter time deficit, racking up 35 disposals (16 contested), six clearances, seven inside 50s and booting three goals in the process.

He was inspirational for the Power, and has been a driving force in helping his side remain two games clear within the top eight this season.

Riley Beveridge is a second-year Bachelor of Journalism (Sport) student at La Trobe University. You can follow him on Twitter: @RileyBev