On this weeks episode of The Final Score, the team discuss the sacking of Brisbane coach Justin Leppitsch and more. 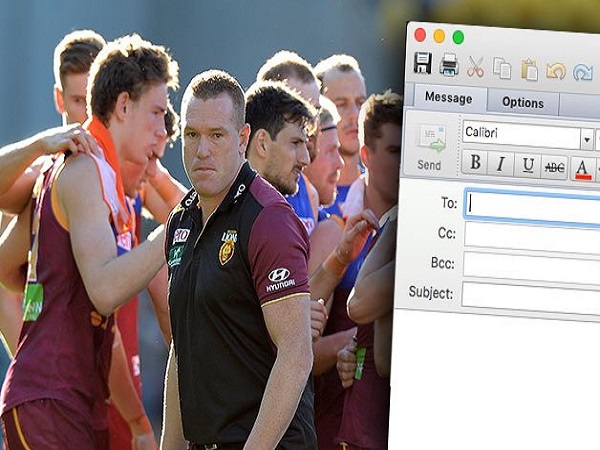 Justin Leppitsch has been sacked as the Brisbane coach and the team at The Final Score review the decision.

Join Josh, Rudi, Joel, Morgan and Val as they also preview the AFL Finals and the bye after round 23, as it has caused major discussion around the AFL community.

The panel also review the Formula 1 Grand Prix in Belgium on Sunday, along with all of the action from the English Premier League over the weekend.

The team also discuss another poor Bledisloe Cup showing and an Australian One Day International win over Sri Lanka.
Featured on this episode:

Morgan Harding is a third-year Batchelor of Strategic Communications student at La Trobe University. You can follow her on Twitter: @morganbharding